Is Nick Calathes ready for the NBA?

Will Nick Calathes follow the path of his mentor and leave for the NBA after his sophomore season?

Here's what I asked Tyus today: "Do you think Nick is ready for the NBA?"

Alex Tyus: "Yeah, definitely. I see him every day in practice and his court vision is there. He's a good shooter, ball handler and one of the most important things is that he's a great competitor and he always wants to get better." 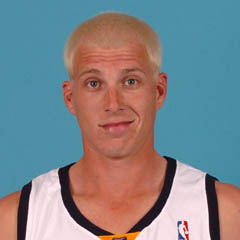 Will Nick go? Will Nick stay? Is he ready? Does he need another year? Calathes says he's not thinking about that right now. A few pro scouts might be, though. A representative for the New York Knicks was present for the Gators' wins against Miami.

[PICTURED, A young Jason Williams. Is Nick Calathes as good as this guy was?]

When the time comes, Calathes will likely seek the advice of former Gator and former Miami Heat point guard Jason Williams. Calathes and Williams have known each other for a few years now and have played pick-up together in Orlando. Calathes says he talks to Williams often. Williams has said in the past that Calathes is more advanced than he was at the same age.

Williams, of course, followed Billy Donovan from Marshall to Florida and starred as a Gator for less than one season. He was kicked off the team during his sophomore season for smoking too much pot (and failing three drug tests). After two seasons in college, Williams entered the NBA Draft and was selected seventh overall by the Sacramento Kings.

Now, as my esteemed colleague Israel Gutierrez likes to tell me, JWill and Calathes are two totally different players. That's true. Williams is quicker but Calathes is taller.