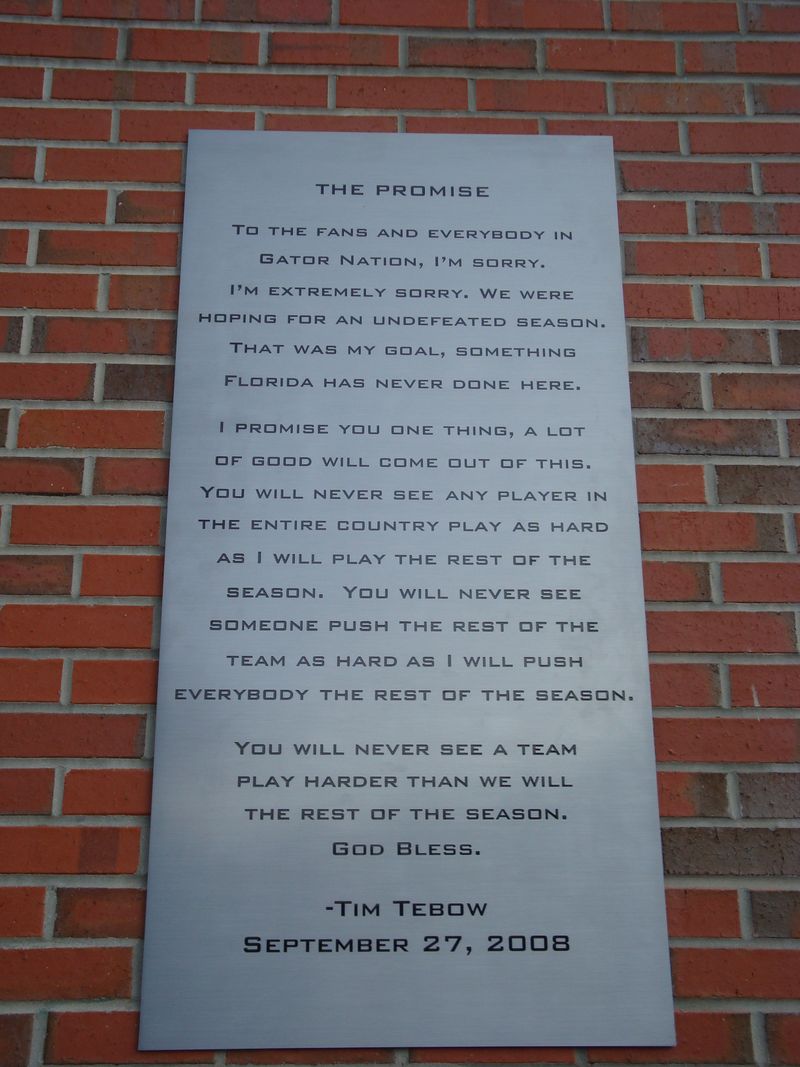 Florida is making sure no one forgets quarterback Tim Tebow's passionate speech following the Gators' 31-30 loss to Mississippi last season.

A plaque bearing the text of "The Promise," as it has come to be known, now hangs on the wall outside the Heavener football complex attached to The Swamp, conveniently leaving out the detail of losing to the Rebels.

Tebow's speech was definitely a memorable moment in UF sports history and played a part in the Gators' run to a BCS Championship, but do you think it's worthy of such a singling out? CBS commentator Verne Lundquist said it should go down alongside Knute Rockne's "Win One for the Gipper" speech, but I think the real turning point of the season was Tebow's touchdown pass to Percy Harvin early in the fourth quarter of the next game, against Arkansas. (LINK, TD pass is around 2:05)

On the heels of the embarassing Ole Miss loss and Tebow's speech, UF was supposed to come out firing against the lowly Razorbacks, but things didn't really get rolling until Tebow fired that 21-yard strike to start a 21-point fourth quarter and kick off the Gators' incredible 10-game romp to Miami.

What's more, coach Urban Meyer ran onto the field to chest bump Tebow after the pass, and the moment relieved the pressure Tebow had been dealing with since his Heisman Trophy win. From then on, he played more like the Tebow of old, so that's the image I'll always have of this team's turnaround, whether it's on a wall somewhere or not.