« Running back Washaun Ealey says Florida Gators Brandon Spikes should not be suspended | Main | Who wants to play against Vanderbilt? Not Brandon Spikes »

GAINESVILLE -- Well, the big story after Tuesday's practice was whether or not the team was going to "rally around" Brandon Spikes after his suspension for unsportsmanlike conduct. Lame, right? You're not going to read any of that here, though. Sorry. Urban Meyer said he decided on the half-game suspension after talking with Coach Charlie Strong and athletic director Jeremy Foley. Moving on...

Instead, we're talking recruiting today after an interview I had with UF assistant coach Vance Bedford. Bedford, who coaches cornerbacks, is the Gators' recruiter in Miami-Dade County. That's a hard job and it deserves our attention.

Considering what Bedford is up against, it could be argued that he has the most difficult recruiting assignment among the Gators' coaches. Miami is, of course, the Canes' backyard. There's not only a strong love for the Canes in Miami but, according to some, also a long-standing distrust of the Gators' coaching staff by several key Miami-Dade high school coaches. 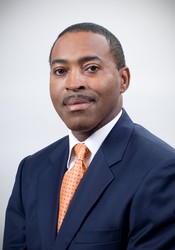 "They're tied to Miami, which I understand that," said Bedford [PICTURED]. "Miami is the local flavor and we totally understand that, but there are enough players to go around. There are a lot of young men down there who have strong interest in Florida, so we're trying to get in there and recruit and say, 'We're here. We're going to win.'"

In addition to the UM bias throughout Miami-Dade, Bedford is also outnumbered in the area. Nearly every UM assistant helps recruit Miami-Dade while Bedford is the only UF assistant assigned to the area. (Florida's assistants will overlap at times when recruiting a player they really want.)

In his first year as UF's point man in Miami-Dade, Bedford didn't have much in the form of players to show for his work. For the fourth-straight signing class, Florida failed to land a player from Miami-Dade in 2009. That four-year streak is a bit odd considering Florida has one of the best football programs in the country and Miami-Dade is the state's most populous county and one of the nation's most talent-rich areas.

For whatever reason, former UF assistant Doc Holliday didn't have much success in Miami representing the Gators and coach Urban Meyer. One story I've been told several times is that the Miami Northwestern crew that is now the core of the Canes' team -- Jacory Harris, Sean Spence, etc ... -- used to refer to Holliday as "Snake Eyes" -- a great nickname if you're a covert government agent but probably not the best moniker for a college football recruiter. Holliday left for West Virginia last season and that's when Meyer brought in Bedford, an old friend, to make some headway in Miami. Bedford's hard work appears to be paying off.

"We're going to keep working and hopefully get one or two this year and see what happens," Bedford said on Tuesday, speaking in general terms about UF's goals for Miami-Dade in 2010. Signing day is in February.

With several months remaining in the 2010 recruiting cycle, it appears that Bedford has made some inroads in Miami. The Gators already have commitments from three players in Miami: linebacker Gideon Ajagbe of Miami Ransom-Everglades and Miami Booker T. Washington teammates Quinton Dunbar, a receiver, and Lynden Trail, a defensive end. The skinny on Trail: At 6-7, 220 pounds, Trail is a project player who looks more like a basketball player than a defensive lineman. He could blossom into a defensive force but it will take time. Chances of him remaining committed to Florida: 60-40.

The skinny on Dunbar: At 6-3 with above-average speed, Dunbar is a quality receiver who could grow into a top-flight target. If he de-commits (can't qualify or just picks another school), then the Gators might also end up losing Trail. Chances of Dunbar remaining committed to Florida: 40-60.

The skinny on Ajagbe: Ajagbe plays for a small private school in Coconut Grove, so the learning curve once he arrives in Gainesville will be considerable. Ajagbe has attended UF football camps, so he has an idea of what he's getting into. Ajagbe is very athletic with better than above-average speed for a linebacker. Like Trail, he'll need to put on some muscle once he arrives in Gainesville. Chances of Ajagbe remaining committed to Florida: 90-10.

For the past couple of years, Meyer has stressed quality over quantity when recruiting Miami-Dade. I guess that's another way of saying, "Since none of the good players in Miami want to come to UF, then we're not taking anybody." That company line could be changing slightly.

"They all can't go to Miami," Bedford said. "If I was living in the city of Miami I would be like, 'OK, Miami and its tradition. OK, I might want to go there, too,'" Bedford said. "But I might be looking at Florida right now. If you want to play for championships, Urban Meyer is the guy you want to come play for at the University of Florida.

"Coach Meyer, two national championships since he's been here. We're No.1 in the country for eight straight weeks. We have an 18-game winning streak. Why would you not want to come to the University of Florida?"