Azzanni was an assistant head coach Central Michigan from 2007-2009. He was a graduate assistant on Meyer's first staff at Bowling Green. 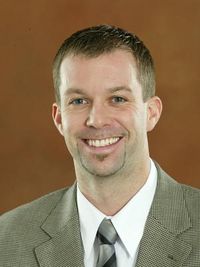 "[Azzanni] is a tireless worker, relentless recruiter and a great teacher of fundamentals," Meyer said. "He is also familiar with our philosophy and will be a great fit with our players and staff."

Meyer hired Azzanni less than 24 hours after Gonzales left Florida for Louisiana State. One of Meyer's most loyal lieutenants, Gonzales was the Gators' recruiting coordinator and was assigned to talent-rich Palm Beach and Broward counties.

Azzanni inherits a talented but inexperienced receiving corps. Florida could lose its top three receivers after the Sugar Bowl. Riley Cooper and David Nelson are seniors and junior tight end Aaron Hernandez, who recently won the John Mackey Award, could leave early for the NFL Draft.