« Some simple math to fix the Gators' offense (UPDATED) | Main | Dan McCarney leaving gives Gators fans something new to worry about: the d-line » 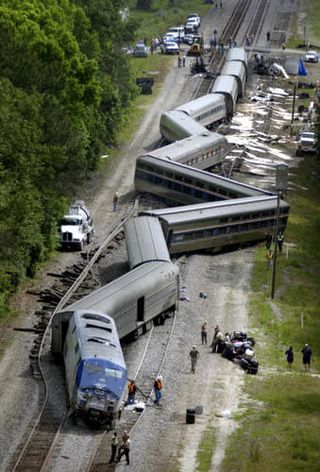 Much like the South Carolina game offered Florida a chance to right its wrongs by reaching the SEC Championship, the Gators were handed another golden opportunity Saturday in Tallahassee: Beat Florida State and take some of the sting out of this massive disappointment of a season.

With a win over the Noles, UF would have extended its win streak in the series to a whopping seven games, gained some traction with recruits, put itself in a better bowl game and maybe (MAYBE) even have saved offensive coordinator Steve Addazio his job.

Instead, the Gators' effort (pictured, left) was probably their worst of the season, putting a rotting cherry atop a pretty crappy sundae with a 31-7 loss.

But UF fans should be at least a little happy about this. Here's why:

1. The loss doesn't matter that much

Yea, Florida lost to its rival, but who cares? After six years of bragging rights, Gators fans needed a little humility, and at least they didn't have to watch this happen at The Swamp. FSU was bound to win one, and there were no national title hopes or a Heisman Trophy on the line, so this is the year to get that loss out of the way.

Like I said, a win makes the season more tolerable, but the loss doesn't make it all that much worse. UF played the same way against the Noles that it has against every ranked team: bad. That's what bad teams do.

2. Something will have to change

The beating was so thorough that Urban Meyer can't possibly go through this offseason without making some changes. That could mean Addazio, it could mean John Brantley, it could mean the offensive system, but I'd feel pretty confdient that Meyer will shake things up. That was the tone of his postgame press conference, where he mostly talked about the need to right the ship. Part of that, he said, is getting "tough-ass players and tough-ass coaches."

Take it from Alabama coach Nick Saban's wise and somewhat inappropriate words of wisdom after his team lost to Louisiana-Monroe in 2007:

3. This is one for the bulletin board

Florida has always drawn motivation from big losses, and this is one of those unforgettable failures that will rank up there with Georgia and LSU in 2007 and Ole Miss in 2008.

The Gators need something to push them through the offseason, and ending it with this kind of embarrassment is sure to leave a mark.

4. The rivalry is back

This one isn't for all of you, but if you can step back and look at it somewhat objectively, everyone wins because this is a rivalry again. No one beats their rival every year, and if they did, it would suck the life out of the game.

Now, FSU has something to hang its hat on, and while you're going to have to deal with some trash talk, it'll make next year's game more fun.

What do you hope Florida takes from this game? I know you're going to say "Fire Addazio!!!!!" and probably something about Miami, but I'm looking for something deeper than that if you have it. Comments have been top-notch lately. Keep it rolling.

And remember, there's a huge party and you're invited!