« Which Gators senior will you miss the most? | Main | Here's why the Gators getting smoked at Doak was a good thing »

Some simple math to fix the Gators' offense (UPDATED) 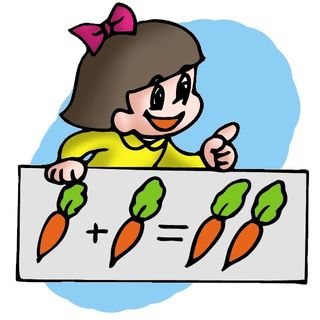 As an astute reporter (not me -- locked my keys in my car so I didn't go) pointed out during Urban Meyer's press conference Monday, the Gators scored on all seven drives where they used a dual-threat quarterback against Appalachian State and their only non-scoring possessions came when John Brantley was the lone signal-caller.

This was Meyer's response:

"I guess we've got to get some dual-threat quarterback in there. I usually know all the stats. I'm going to go up there and write that right up on the board. I think that threat is real, especially the quality of player that they are and the threat that they give you, so it's interesting."

Damn right the threat is real, and that's something Meyer shouldn't need stats to prove to him. Every step of his head-coaching career, he's leaned on a dual-threat quarterback, and this is the first time he hasn't been able to choose one from among players he recruited (Cam Newton certainly hurt that streak).

Here are some more stats for Meyer's board from the last three games since Jordan Reed joined Brantley and Trey Burton at QB.

In those three games, Florida has had 37 offensive drives, not counting kneel-downs. Of those, 14 have featured Brantley as the lone QB. The other 23 have used either just Reed or some combination of two or three. Here are the numbers:

Here it is game by game:

*Other QBs were used for 10 plays on the final drive, compared to just 11 before that point. Meyer admitted to panicking and abandoning Burton and Reed too early in the game.

Now, this doesn't just come down to "Brantley sucks, get him out of there." He still contributed to those other successful drives. The point is, Florida can't win by just using Brantley. It's a combination of UF's coaches not knowing how to run an offense without a mobile quarterback (especially with banged-up RBs) and Brantley not playing very well.

The other thing to consider is that App St. and Vandy are terrible, and those games really skewed this comparison. But there are only three games to go off of here, and all three have held the same conclusion. The Gators can't win without some creativity at quarterback.

UPDATE: Since I posted this, some of you have raised a good point: What about all the times Brantley drives the team down the field and then gets yanked in the red zone? In those cases, he's doing a great job and then Reed/Burton come in and hijack the drive, thus ruining my little study.

Except it doesn't. Remember, these are only from the last three games because those are the games where all three QBs have been used. Of those 13 TD drives, there was only one where he ran the show all the way to the red zone. That came against App St., when the Gators marched from their 42 to the ASU 4 and then Reed came in.

Here's the point folks: Whether you think it's his fault for not playing well or the coaches' for not using him correctly, Brantley can not run this offense alone. I'd say that has been proven beyond a shadow of a doubt at this point. He either needs a healthy Jeff Demps to go nuts out of the backfield (probably not going to happen this season) or he needs the regular threats of Reed and Burton to mix things up.