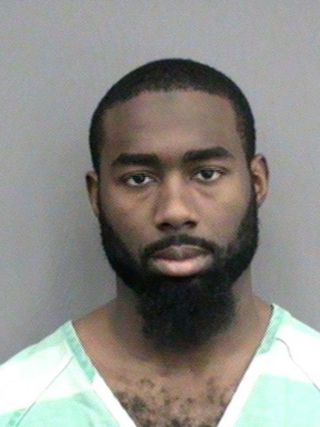 Former Gators and current Pittsburgh Steelers running back Chris Rainey was arrested Thursday morning in Gainesville for slapping his girlfriend in the face during an altercation over a cell phone, Gainesville Police confirmed to the Miami Herald.

Rainey was charged with one count of simple battery (dating violence), a first-degree misdemeanor, and he is currently being held at Alachua County Jail.

According to Gainesville Police spokesman Ben Tobias, police responded at 8:26 a.m. Thursday to a 911 call from witnesses that said Rainey and a female later identified as his girlfriend of nine months got into an argument because she took his cellphone and got into Rainey's roommate's car in an attempt to get away from Rainey. According to the written report from GPD, witnesses said Rainey went to the passenger side of the car and pulled his girlfriend out of the car, slapping her across the face and causing both to fall to the ground. Rainey chased after her, again trying to obtain his cell phone that was in the female's purse, grabbing it and causing both to fall to the ground again.

Neither Rainey nor his apparent girlfriend suffered visible injuries, according to the report.

Thursday's incident wasn't Rainey's first domestic run-in, however, as he was charged in 2010 with felony aggravated stalking after sending a girlfriend a text message that read "Time to die."

In an interview with Steelers.com following the team's selection of Rainey in April's draft, Rainey said he had learned from the incident.

"I became a better man, I matured," Rainey told the team website. "I learned a lesson not to do that ever again. It’s something I know that I won’t ever do again. I didn’t even know that you could get in trouble over a text. Plus, I wouldn’t harm a fly."

UPDATE: The Steelers have released Rainey in light of Thursday's arrest. “Chris Rainey’s actions this morning were extremely disappointing,” Steelers General Manager Kevin Colbert said in a statement. “Under the circumstances and due to this conduct, Chris will no longer be a member of the Pittsburgh Steelers.”