Torched: Anatomy of a play

Each week, I’ll breakdown (in a simplified manner, hopefully) a pivotal play in Florida’s game. I decided against lots of arrows and pointers so as not to distract from the overall picture, but if you’d prefer that in the future, let me know.

Today's play is Stephen Morris' 52-yard touchdown strike to the speedy Phillip Dorsett. The Canes went up 14-6 on the long completion, and despite doing next to nothing offensively the rest of the game, never looked back. 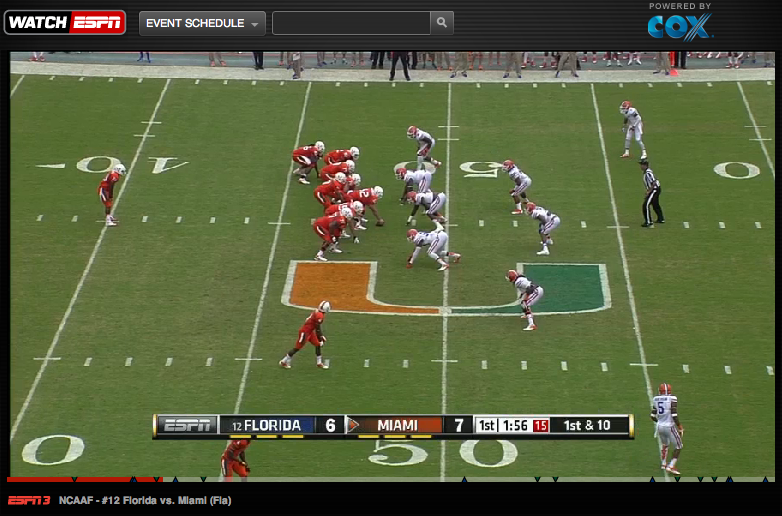 The Gators actually played lots of 4-3 defense against the Hurricanes, but here UF is aligned in a 3-4 set, with Dante Fowler Jr. (top of the screen) as the fourth rusher. Note: Starters (DT) Dominique Easley and (DE) Jon Bullard are not in the game. Redshirt freshman Bryan Cox Jr. is the left end, while Damien Jacobs is the nose tackle. 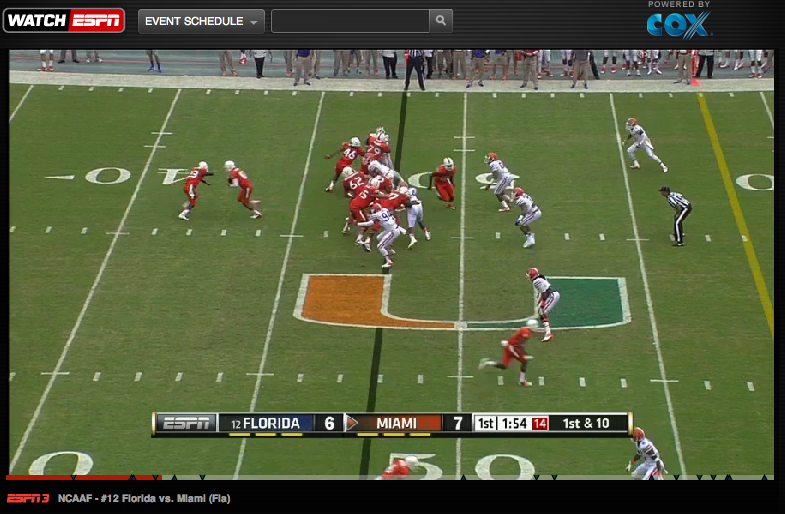 Off the snap, Dorsett (the blur) has a free release -- track speed engaged. Meanwhile, Jacobs -- 1-on-1 with the center -- has already beaten Shane Mcdermott to the inside. Florida's linebackers didn't bite on the play action fake, but Cox (No. 94) did. He's frozen. Look what happens just a split-second later... 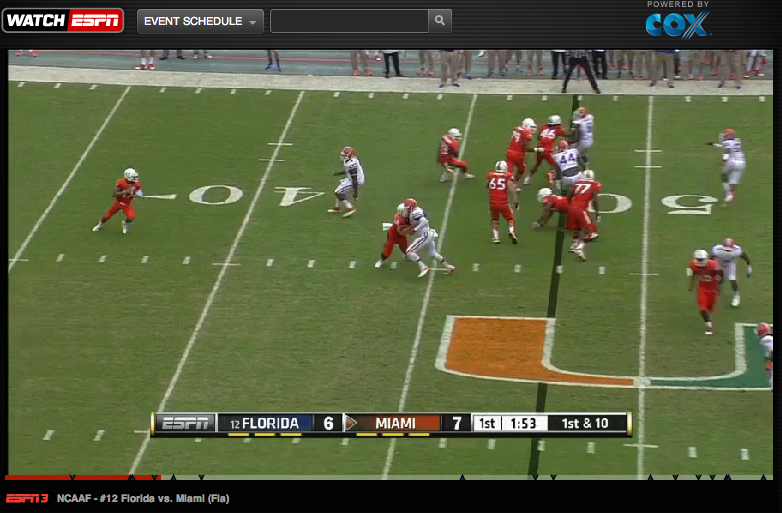 Cox's indecisiveness allowed Miami's right guard (No. 75) to recover from double-teaming UF's nose tackle Leon Orr and give Morris a clean drop-back. Jacobs -- despite whipping McDermott -- also hesitated, allowing Morris to step up and throw a bomb just before getting walloped. 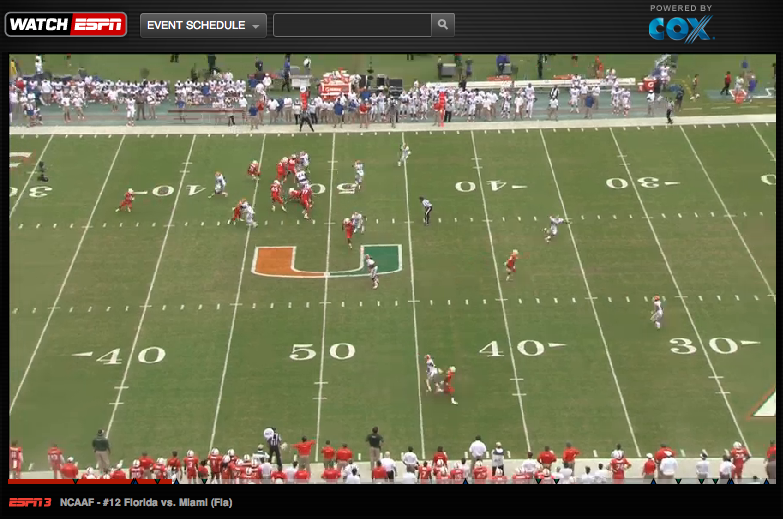 On the back-end, UF has perfect coverage everywhere except where Morris wants to throw the ball. Marcus Maye, the free safety, is already toast. Maye is desperately trying to get his hips turned fast enough to at least hold Dorsett, but ... 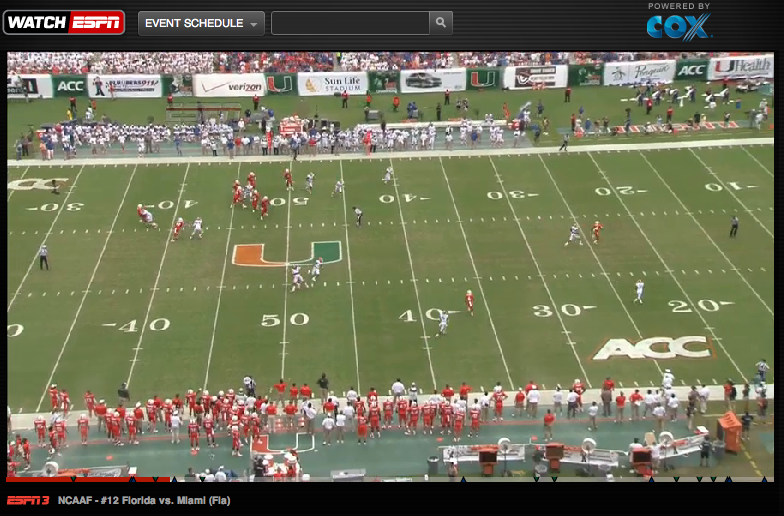 It's too late. Maye whiffs on the attempted pass inference and Dorsett cruises behind him. Morris take a shot, but the ball is already in the air. UM's quarterback didn't have a particularly strong game, but this was a man's throw and ultimately the touchdown that changed the game. 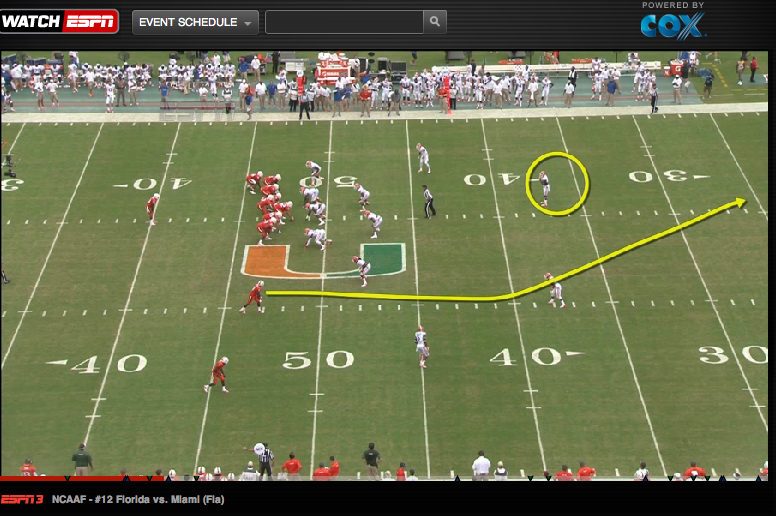