VG3 INT: Anatomy of a play

Each week, I’ll breakdown (in a simplified manner, hopefully) a pivotal play in Florida’s game. I decided against lots of arrows and pointers so as not to distract from the overall picture, but if you’d prefer that in the future, let me know.

This week’s play is freshman cornerback Vernon Hargreaves III’s first-career interception. Florida was sluggishly going through the motions -- both offensively and defensively -- in the second half Saturday before VG3 made an outstanding pick, aided by a great pass rush. The Gators would go on to score their final touchdown of the afternoon three plays later -- capitalizing on the short field.

Take a look. (Note: All screen shots courtesy of ESPN) 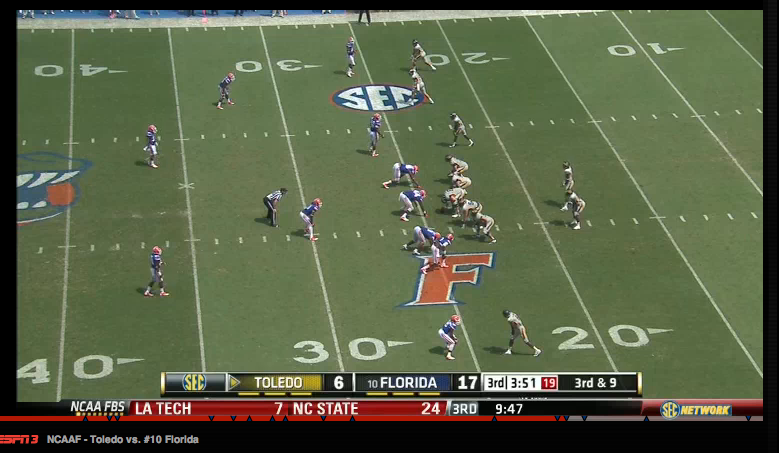 Against Toledo’s up-tempo spread, Florida predominantly oscillated between a traditional 4-2-5 nickel defense and a 3-3-5 base defense.  Here the Gators are in their 3-3-5 alignment, with Hargreaves III in press coverage at the bottom of the screen.
#2 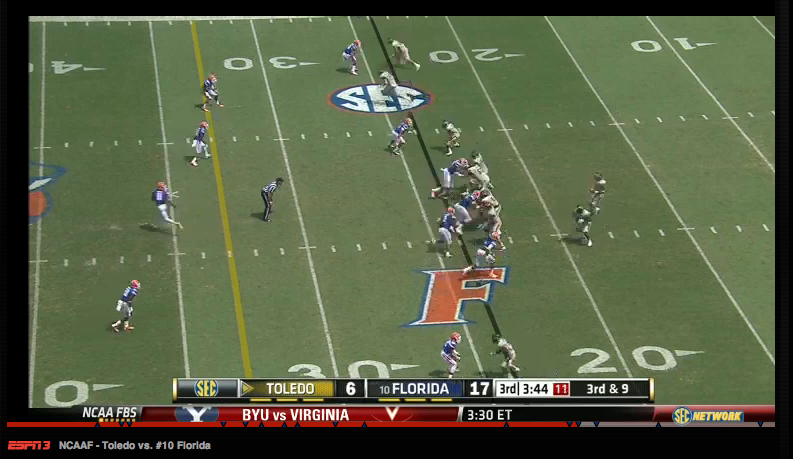 Off the snap, Florida’s defensive line (specifically DT Dominique Easley) utilizes a stunt rush with linebacker Michael Taylor -- lined up with the slot receiver at the top of the shot -- blitzing off the edge. Fellow linebacker Neiron Ball (No. 11) immediately drops deep into coverage -- similar to a Tampa-2 look. 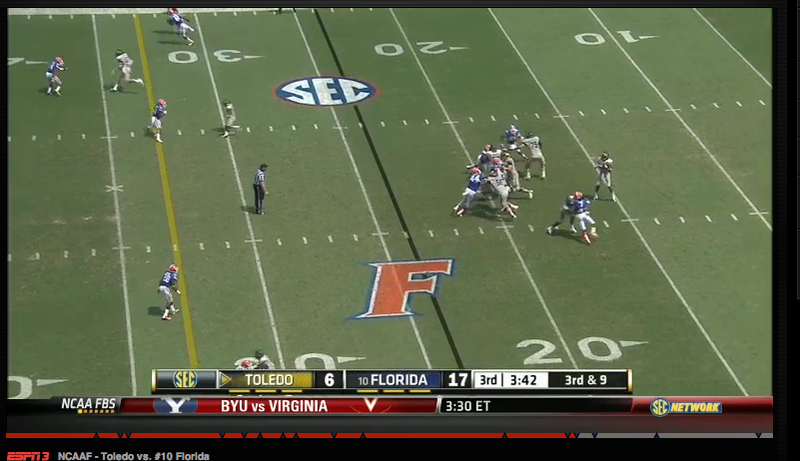 Initially, Rockets quarterback Terrence Owens scans the field -- looking right to left. For a very brief moment, Owens actually has a clean pocket but quickly notices zero open receivers on the right side. Hargreaves is mostly removed from the picture here, but he is pushing his man inside where he has safety help (No. 20 Marcus Maye). But now watch what happens… 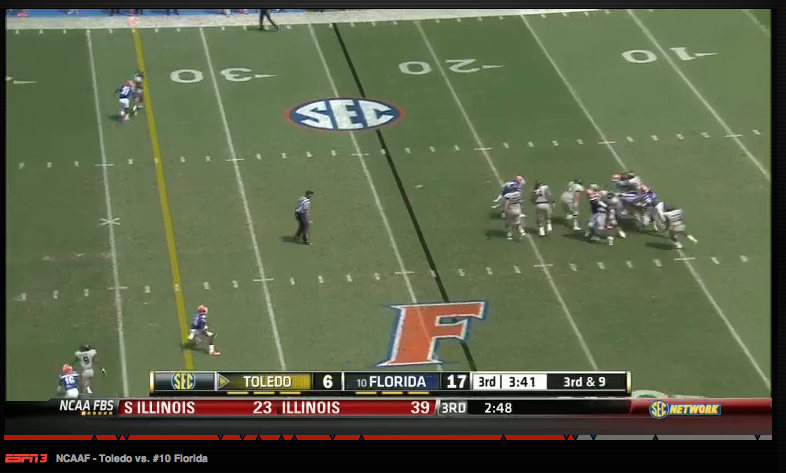 The pocket quickly collapses, yet Owens sees that his wideout actually has a step on Florida’s freshman cornerback. Maye, in bracket coverage, appears to be a tad out of position (just slightly not high enough), allowing Owens a small window to complete a big third-down throw. Or so the southpaw thought. 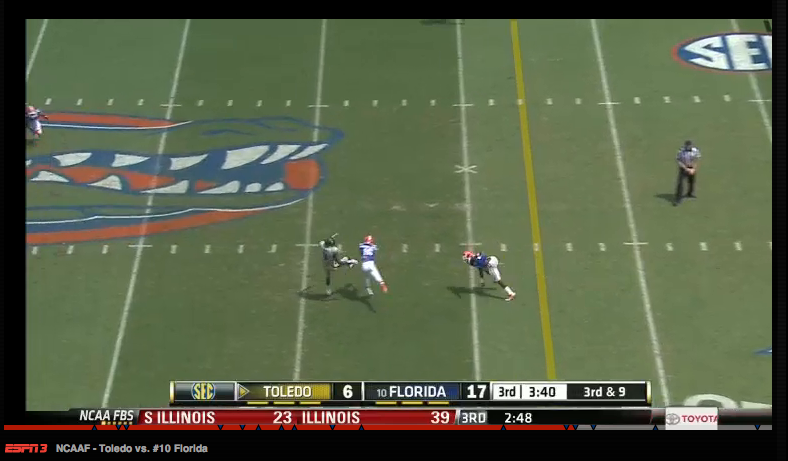 The ball was poorly throw and a tad behind the receiver, but Hargreaves showed excellent anticipation undercutting the throw. Florida’s defensive line also deserves major kudos on this play, as it funneled the ball to the very spot its defense was designed to stop.

Impressive play by a kid.

Here's what coach Will Muschamp said about the play during Monday's press conference: