« See your injury crisis and raise you a catastrophe | Main | Notebook: Focusing on the task at hand, injury updates, NFL talk »

In all kinds of weather

GAINESVILLE -- Although Florida is mired in its worst losing streak in over two decades, not everyone in the Gator Nation is down on the team.

Left tackle Max Garcia said between eight to 10 Gator fans were waiting in the rain holding signs of support as Florida returned to Gainesville following its 19-14 loss to South Carolina. 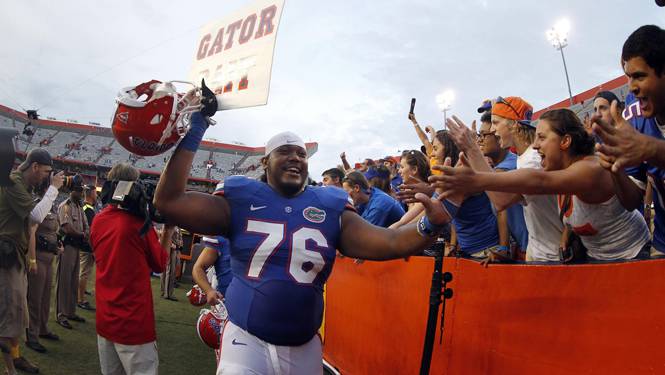 “I was like 'Wow, that's so uplifting.' You don't see that often. I've never seen that type of support before," Garcia said. "You get tweets like 'Oh, we're still behind you' and stuff, but when you see it actually in real life, you know, our fans are still out there waiting for us, they didn't know when we were coming back, you know, so they could have been out there for hours. Stuff like that, I really appreciate that, the team really appreciated that.”