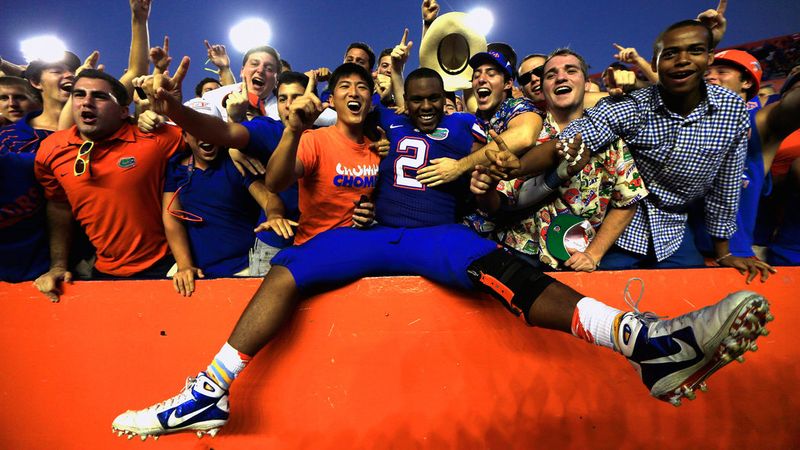 GAINESVILLE -- Florida fans will receive a brief reprieve from the heat this fall, as the Southeastern Conference announced the Gators’ season opener against Idaho (Aug. 30) will be a 7 p.m. kickoff on ESPNU.

Earlier in the week, CBS announced the annual Florida-Georgia game in Jacksonville (Nov. 1) will be televised on the network for the 12th straight year with a 3:30 p.m. kickoff.

The Gators now have four game times set, as UF’s home tilts against Eastern Michigan (Sept. 6) and Kentucky (Sept. 13) are scheduled for 4 p.m. and 7:30 p.m., respectively, with both games airing on the SEC Network.

Ivie is the eighth prospect verbally pledged to UF’s 2015 class.

The SEC Spring Meetings concluded Friday, and while league commission Mike Slive announced several major tidbits from the week’s worth of discussions, the Florida-Miami series was a minor noteworthy topic early in the week.

According to Associated Press reporter Mark Long, Florida athletic director Jeremy Foley said there’s “mutual interest” in renewing the Miami-Florida football series, but only as a “one-game deal at a neutral site.”

Foley’s quote on the matter hardly makes a potential showdown a reality (in the near or distant future), but it does clear up exactly how “receptive” Florida is in “renewing the series.”

The rub moving forward is how much cash can/will a neutral contest generate and what exactly constitutes a neutral site?

The league announced record revenue in 2013, as $309.6 million will be distributed amongst the 14 schools -- an average of $20.9 million per university. With the league introducing its own TV network this summer, that number could double next season.