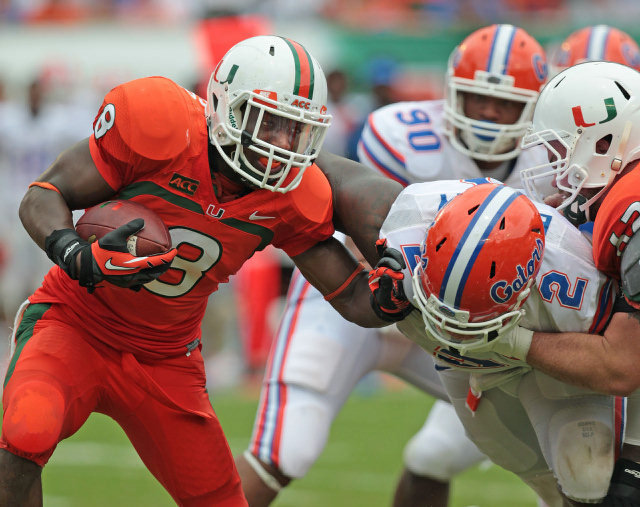 GAINESVILLE -- The Southeastern Conference announced a 12-year rotation (2014-2025) of non-divisional opponents Monday, as the Gators now know their league schedule for the next dozen seasons.

The 12-year rotation starts this fall, as Florida travels to Alabama in late September.

The Gators won’t see the Crimson Tide again until 2021 and coach Will Muschamp can only hope to still be around to see one of his favorite non-traditional rivalries: Florida-Auburn (2019).

With Texas A&M on the docket in 2017, the Gators will travel to Texas to play Michigan to open the season and host the Aggies later in the year.

Due to financial reasons (see: seven home games), Florida has stipulated the series must continue at neutral-sites only -- an idea James is currently juggling.

“I would have to think about Orlando,” James said. “That’s not real neutral but it’s an easy distance to our campus.”

Not two days after the Hurricanes’ upset victory over the Gators last fall -- a game many presumed would be the final game in the series for the foreseeable futures -- James made a brilliant PR move suggesting the two teams continue the rivalry. It was empty posturing, but now UM appears to be open to a neutral site contest.

So what say you: Do you want the two schools to renew a rich rivalry -- even solely at neutral sites Thoughts on Florida's future SEC schedule?

Posted by Jesse Simonton 05/19/2014 at 11:33 PM in Florida Gators, Southeastern Conference, University of Florida vs. University of Miami | Permalink