Cincinnati (OH) offensive lineman George Brown, Jr. verbally pledged his commitment to Florida -- and I’ve purposely buried the lede here -- announcing his decision by taking out a live baby gator during a ceremony at his high school.

Brown, a four-star prospect according to Rivals, chose UF over finalists Kentucky and Alabama and is the Gators' ninth commit in their 2015 class. 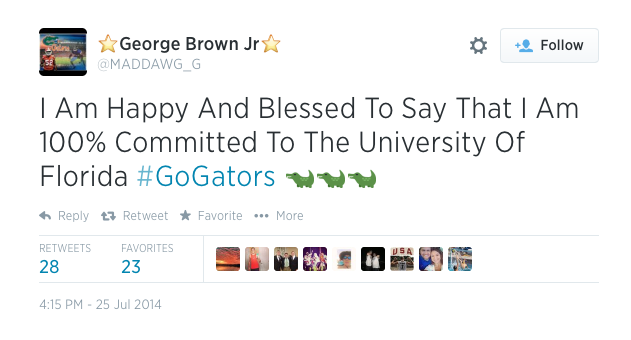