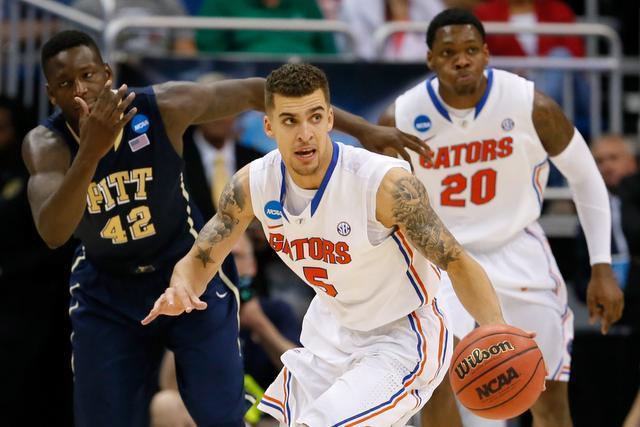 The Gators close out their non-conference schedule hosting the Huskies on Jan. 3. UConn ended UF’s season with a 63-53 victory in the Final Four, snapping Florida’s school-record 30-game winning streak.

"You learn a lot about yourselves as a team when you are challenged early in the season," coach Billy Donovan said in a statement.

"Those experiences have really helped us in the NCAA Tournament the past several seasons."

The Gators, who will play at least three games against 2014 NCAA Tournament teams, open at home against a stout William & Mary squad (Nov. 14) before hosting in-state rival Miami later in the week (Nov. 17). Florida will also play at Florida State a day before New Years Eve (Dec. 30).

As previously announced, UF is participating in the Battle 4 Atlantis, a Thanksgiving week trip to the Bahamas with potential matchups against powerhouses North Carolina, Georgetown, UCLA, Wisconsin and others.

UF will also visit Kansas on Dec. 5 as part of a return trip in the SEC/BIG 12 Challenge.

Posted by Jesse Simonton 07/30/2014 at 02:05 PM in Billy Donovan, Florida Gators, University of Florida vs. University of Miami | Permalink