The 6-foot-6 swingman averaged 19.7 points a game last season and is the youngest son of Hall of Famer Rick Barry.

Later, Barry and White confirmed the report on Twitter.

Injuries derailed Barry’s 2015-16 season for the Cougars, as the guard missed the final two months of the year with a shoulder injury. In just 13 games, Barry shot 37.6 percent from 3 and 84.5 percent from the charity stripe -- continuing his dad’s legacy of shooting free throws underhanded.

The swingman should immediately bolster Florida’s shooting and depth next season. Barry is capable of playing multiple positions and is a career 34.4-percent from behind-the-arc. A 4.0 student, Barry plans to pursue a graduate degree in nuclear engineering.

He explained his decision to transfer to UF in a statement Monday. 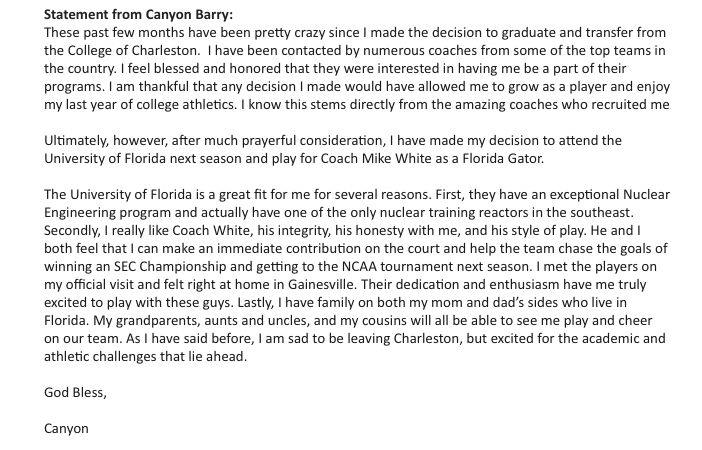