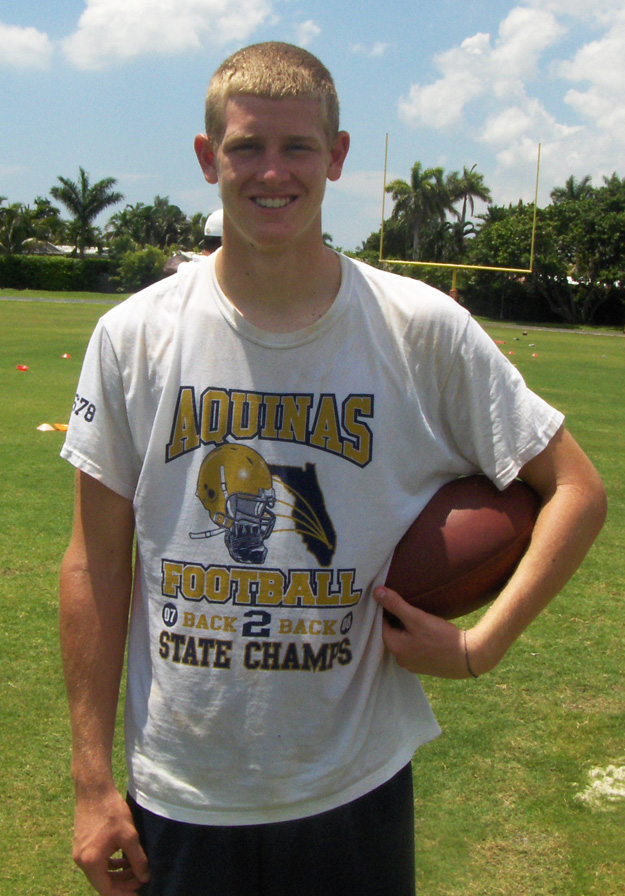 WHAT YOU NEED TO KNOW: Having followed his career back to his youth football days, there was never a question whether Rudock would be able to keep the momentum going with top-flight quarterbacks for the Raiders have produced recently.

A quiet leader who more than established himself last year and guided the team to a 13-1 record, throwing for 1,945 yards and 34 touchdowns as colleges from across the country watched this impressive prospect.

His arm strength, athletic ability and decision-making were more than enough for schools such as Colorado, Illinois, Minnesota, Wisconsin and Memphis to keep a close eye on his progress. But it was a Big-10 program, Iowa, which offered Rudock the opportunity to come in and help elevate this growing program. He committed at the end of June.

Rudock, who has watched his stock rise over the past year, has worked as hard as any quarterback to prepare himself for the next level year round. In addition to balancing a baseball career, he always made it a priority to keep his arm in shape by attending camps and clinics. He is a very hard worker!