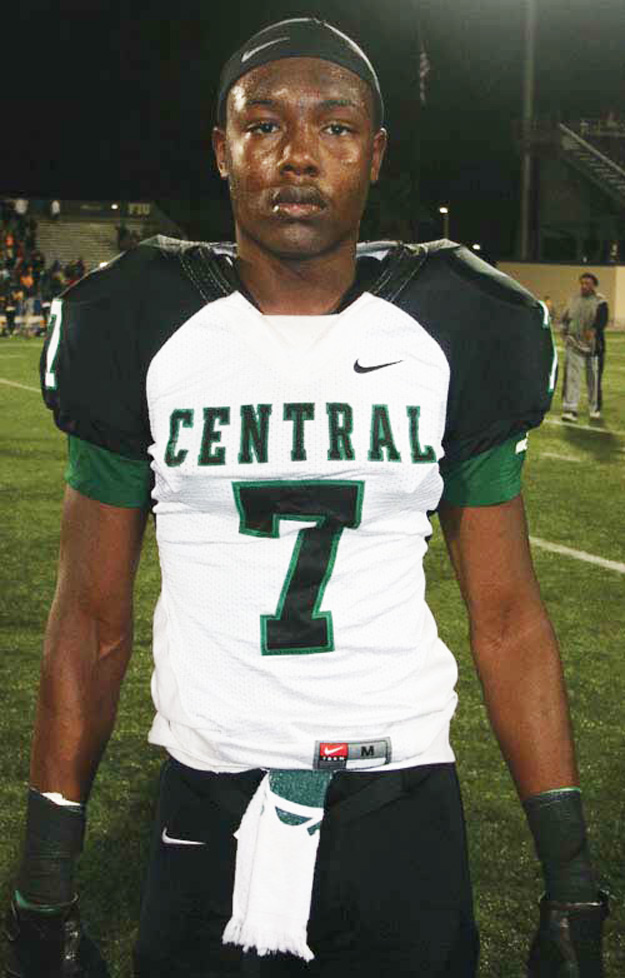 When Syracuse University football coach Doug Marrone took the head job over a year ago, he made a commitment to fans and current players that the Orange would be faster and more athletic.

Keeping to that promise, Marrone and Syracuse went out and came to Florida last year and did quite well in landing speed and athletic ability.

Over the weekend, the Orange dipped back into the region and received a commitment from Miami Central linebacker Oliver Vigille, who was an important part of the Rockets' improving defense.

The 6-1.5, 205 pounder is the third member of this talented team to make a commitment, following offensive lineman Marquis Lucas (Rutgers) and running back Devonta Freeman (FSU).

"When we were ranking the top linebackers in the state, there was no doubt that Central was ahead of the rest of the teams," said longtime Florida Recruiting Analyst Richard Barimo. "With Miles Pace, Dwight Jackson, Jr., and Vigille, they have versatile football players."

Vigille had been looking at FIU, UCF and USF as well as Syracuse, which has opened the pipeline once again.