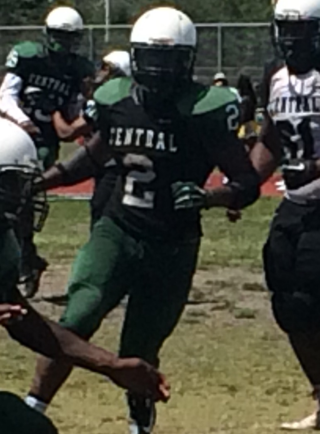 FIU got its second commitment of the day on Thursday when Miami Central linebacker Donavan Thompson turned down offers from the likes of Arkansas, Oregon State and USF to commit to the Panthers.

Former Booker T. Washington coach Tim Harris Jr., now in his first season as running backs coach at FIU, is making his presence felt in recruiting South Florida and had a major impact on Thompson's decision.

"He mainly told me when he first gave me the offer that he liked me and he loved the way I play football," says Thompson, the 5-11, 210-pound three-star prospect. "Playing against Tim Harris, he knows what I'm capable of. He was able to introduce me to the defensive coordinator [Matt House] and the head coach [Ron Turner]."

Thompson has former Central teammates Anthony Jones and Fermin Silva already at FIU and set to begin their collegiate careers in the fall.

"They are saying that they are looking to rebuild in the next couple of years and they need a player like me over there," Thompson says.

While committed, Thompson notes that his recruitment still is not over.

"I'm considering all my offers. I'm still open to all my offers," Thompson says. "FIU is the best fit right now, so I'm leaning that way.

"Any minute I could decommit and go to another school, so I'm open to anybody."

Thompson is a leader at middle linebacker on Central's defense. Heading into his fourth year as a starter on the Rockets' vaunted defense, he has three state championships to his credit as he enters his senior year.