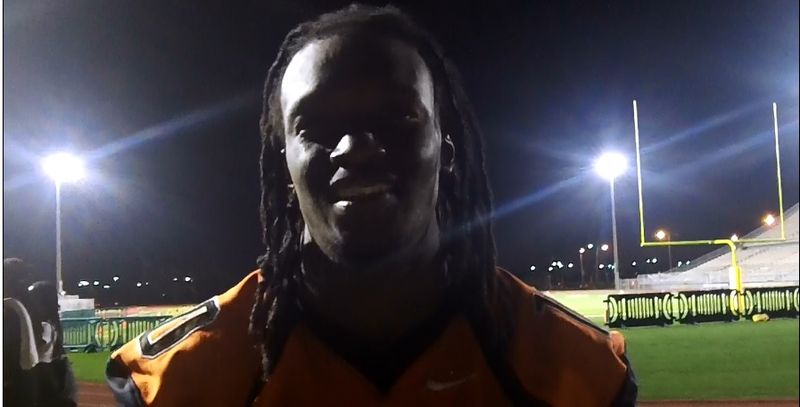 Carol City junior outside linebacker De'Andre Wilder will be one of the most highly sought-after recruits in the class of 2017.

The talented pass rusher, who was ranked as the Miami Herald's No. 3 junior prospect in Dade heading into the season, already possesses an impressive offer sheet of several top programs nationally.

Wilder (6-3, 211 pounds) says UM, Georgia, Alabama and Tennessee are the schools that currently top his list.

Why is Wilder so high on the hometown Hurricanes?

"The coaches. I get along with the coaches," Wilder says.

Wilder visited all of the above in the summer and will work on more visits after his football season is over.

The Chiefs came off an impressive 8-7 win against Miami Central. Wilder made a tremendous impact on the collective effort of holding the Rockets offense out of the end zone. He was able to record a sack, combined with Jerrod Clearsaint for another tackle for loss and had several other tackles and quarterback hurries.

Wilder said his fake inside then pass rush outside was working well to get around blockers in one-on-one situations.