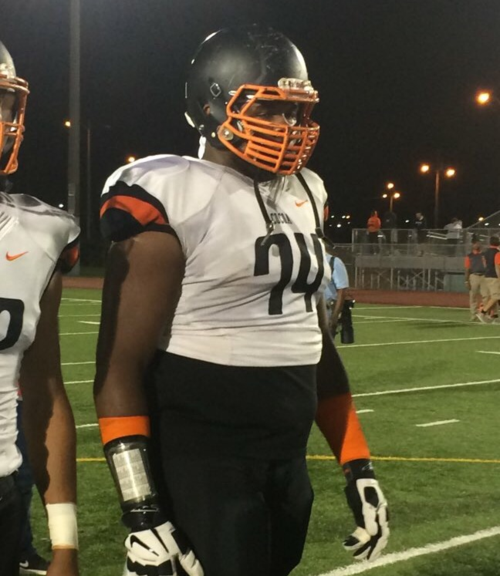 After announcing he was decommitting from the Miami Hurricanes late Saturday night, Cocoa offensive lineman Jawaan Taylor announced a commitment to the Florida Gators Sunday afternoon.

I have decided to decommit from Miami... pic.twitter.com/wgfw8IKqox

Blessed & honored to say that I am officially Committed to The University of Florida! 🐊🏈 #Chomp #Chomp #GatorNation pic.twitter.com/GxspGyUn9v

Taylor (6-5, 330 pounds) becomes the seventh Hurricanes recruit to decommit since the Al Golden firing just over a month ago. He's the sixth in the 2016 class.

In July, UF also flipped 2017 Miami Norland offensive tackle Kadeem Telfort from the Canes. UM does not have an offensive lineman currently committed in its 2016 class but did bring in six in 2015 and has Miami Central tackle Navaughn Donaldson committed in 2017.

Taylor describes himself as a guard but lined up mostly at right tackle in Cocoa's state semifinal loss against Booker T. Washington on Friday. He was a critical component to an effective running game that was bulldozing the Tornadoes in the first half but marginalized in the second. His pass blocking abilities are somewhat of an unknown as his high school team relies heavily on the ground game.

After Friday's game, Taylor told me he planned on taking five official visits to the three big Florida schools, Clemson and Auburn with the UF visit coming Jan. 15, Miami Jan. 16-17 and the Auburn visit coming in two weeks in December. It'll be interesting to see if his visit schedule remains intact with his change in commitment since Friday.