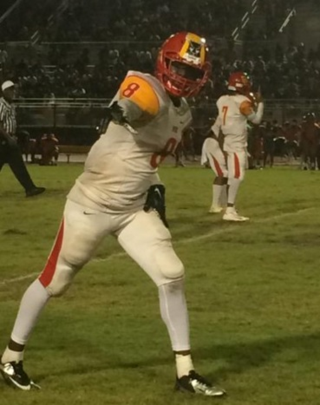 The news was unanticipated as Ridley was not scheduled to announce a commitment on the national broadcast and didn't make any Twitter announcement, which has become commonplace in the recruiting world.

"They were recruiting me since they were at Auburn," Ridley said. "They recruit well. They recruit South Florida kids and recruit them the best they can, and I just believe in Coach T-Rob and the things they tell me. I just ran with them.

"It's a new staff, and I think everybody in the world would like a new start. I feel like I can go in there and make an impact."

Of course, Ridley's older brother is Alabama freshman Calvin. He took the news that little brother wouldn't be tagging along in Tuscaloosa well.

Ridley will be enrolling early at South Carolina.

So why didn't Ridley announce on national TV if he was going to let it be known at the Under Armour game on ESPN 2?