Sources: Flanagan coach Devin Bush could be next to join Michigan 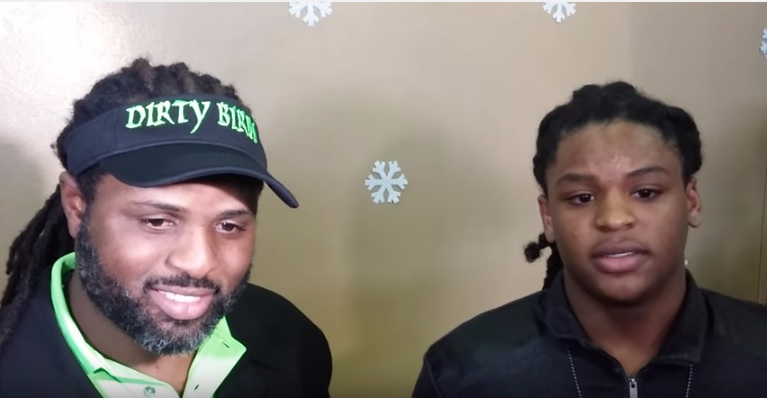 Flanagan won its first state championship this past season with three Michigan recruits on the roster.

Now it appears their high school coach may be following them to Ann Arbor.

Multiple sources have told the Miami Herald on Tuesday that Flanagan coach Devin Bush is on the verge of joining the staff at Michigan where three of his Falcons -- son and linebacker Devin Bush Jr. and safeties Devin Gil and Josh Metellus -- have signed. Bush Jr. has already enrolled at Michigan for the spring semester.

Bush, when reached, said he has not been in current communication with the Wolverines but described "hearsay" that there may be a position for him with the team in some capacity.

Flanagan athletic director Al Guzzo told the Herald that there was nothing mentioned to him when he spoke with Bush earlier Tuesday.

"It's all speculative right now and there's nothing concrete," Guzzo said.

Bush joining the Wolverines was rumored all season. In December, Bush said from the Class 8A state championship game that no one has approached him with college job offers in a column by Manny Navarro.

One source said an announcement is expected sometime next week. Both sources said defensive coordinator Stanford Samuels would become Flanagan's next head coach.

Bush is a former Super Bowl winner with the St. Louis Rams and college football national champion with Florida State. He has been head coach at Flanagan for the past three seasons after spending a year as defensive coordinator and played his high school ball at Hialeah-Miami Lakes.