'The next Tyrann Mathieu,' Trajan Bandy, commits to Oklahoma 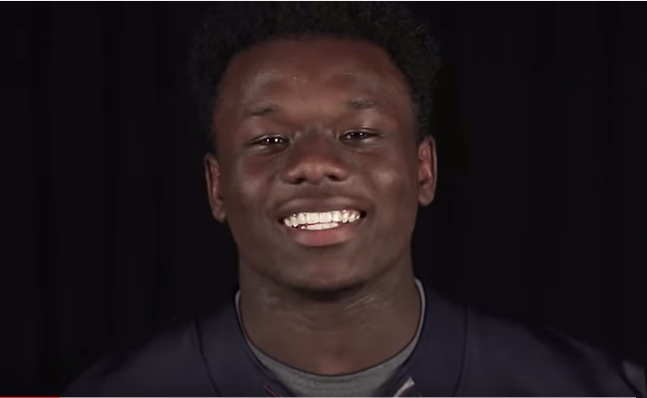 Four-star Columbus cornerback Trajan Bandy announced on Sunday that he committed to Oklahoma.

Coach Bob Stoops and secondary coach Kerry Cooks had their messages to Bandy appeal to him. Their persistence in his recruitment paid off.

"Coach Stoops has been in contact with me since they offered -- and also Kerry Cooks," Bandy said. "They're genuine and they are real."

After talking it over with my family. I am verbal committed to THE University of Oklahoma #BoomerSooner pic.twitter.com/EiwFN3jXZu

The commitment comes after Bandy (5-10, 180 pounds) named the Sooners his favorite on Wednesday, according to 247 Sports. He had noted Clemson was a school he liked during his junior season.

The highly-sought prospect had offers from major programs all over the country, except -- oddly enough -- the big three schools in the state of Florida (UM, UF and FSU).

"They didn't [offer] and they will regret it -- I promise. I will never stop going in," Bandy said. "Just know this -- I will be the next Tyrann Mathieu wherever I go.

"[Cooks] said from day one they know a lot of schools overlook me, but he said he loves my style of play and he likes me a lot."

Some of the other offers aside from Oklahoma and Clemson included Alabama, Auburn, LSU, Michigan and USC.

As for the "Honey Badger" comparison, Bandy says when he plays in tournaments teammates tell him he plays just like Mathieu. Check out his highlights and see if you think the comparison is legitimate.