McDonald's All-American Dewan Huell: One and done 'the goal' in college, necessary work the first priority 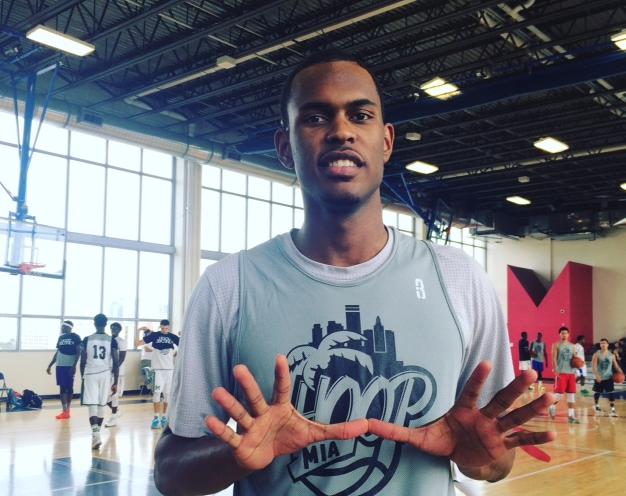 In addition to deep NCAA Tournament runs, which UM is currently in the midst of with entry into the Sweet 16, another sign of an elite college basketball program can be the ability to reel in the blue-chip "one-and-done" prospects.

Dewan Huell, the signed McDonald's All-American five-star 6-10 power forward out of Miami Norland who is ranked the No. 21 high school senior in the nation by 247 Sports (23 by Rivals, ESPN and 25 by Scout), indicated on Sunday at the HoopMIA All-Star Game that if given the opportunity to go pro after one year of college he would go for it.

When I asked him about the possibility of being one and done with the Hurricanes, he said, "That's the goal."

At the moment, though, neither DraftExpress nor nbadraft.net have Huell going in the 2017 NBA Draft -- the former listing 10 current high school seniors as freshman one-and-dones next year and the latter 16.

Huell, however, says he doesn't pay attention to the early 2017 predictions as he's more focused on a more immediate concern that will in turn help him potentially crack those projections.

"Work is on my mind -- getting better, improving," Huell said. "I need to work on everything -- just take it to the next level."

Huell's participation in the HoopMIA all-star game and slam dunk contest was his final high school appearance before the McDonald's All-American Game on Wednesday, March 30. He leaves for Chicago on Saturday.

Dunks and alley-oops came just about as easy for Huell in the game as they did in the dunk contest. So much so that at one point in the second half he began comically passing up easy dunk opportunities to dish it to a teammate and get others involved.

Huell didn't get many looks on the low block due to the quick pace of the game, but he was fierce in driving to the basket from the middle of the floor/elbow area and also showed he can counter it by stopping on a dime for a turnaround fadeaway while the defender is still backing up. His spot-up shooting range extends to the three-point line.

With some similarities evident, Huell says he models his game after Anthony Davis.

Huell will look to be more aggressive in the McDonald's game and take advantage of every opportunity in the game at the United Center that will be broadcast on ESPN.

After that, it's off to UM. He touched on what made him side with coach Jim Larranaga and the Hurricanes.

"He's a very seasoned guy, real cool and relaxed. He's a good coach, ACC Coach of the Year," Huell said. "[I like] the fact that it's a hometown school, my hometown."

On what UM is getting in him, Huell said a "dependable guy. When you need me, I'm going to be there."

**Also make sure to read the full wrap on day's events and analysis on standouts, including recruiting updates.