Art Basel: A cloud of rain at VIP Fair opening 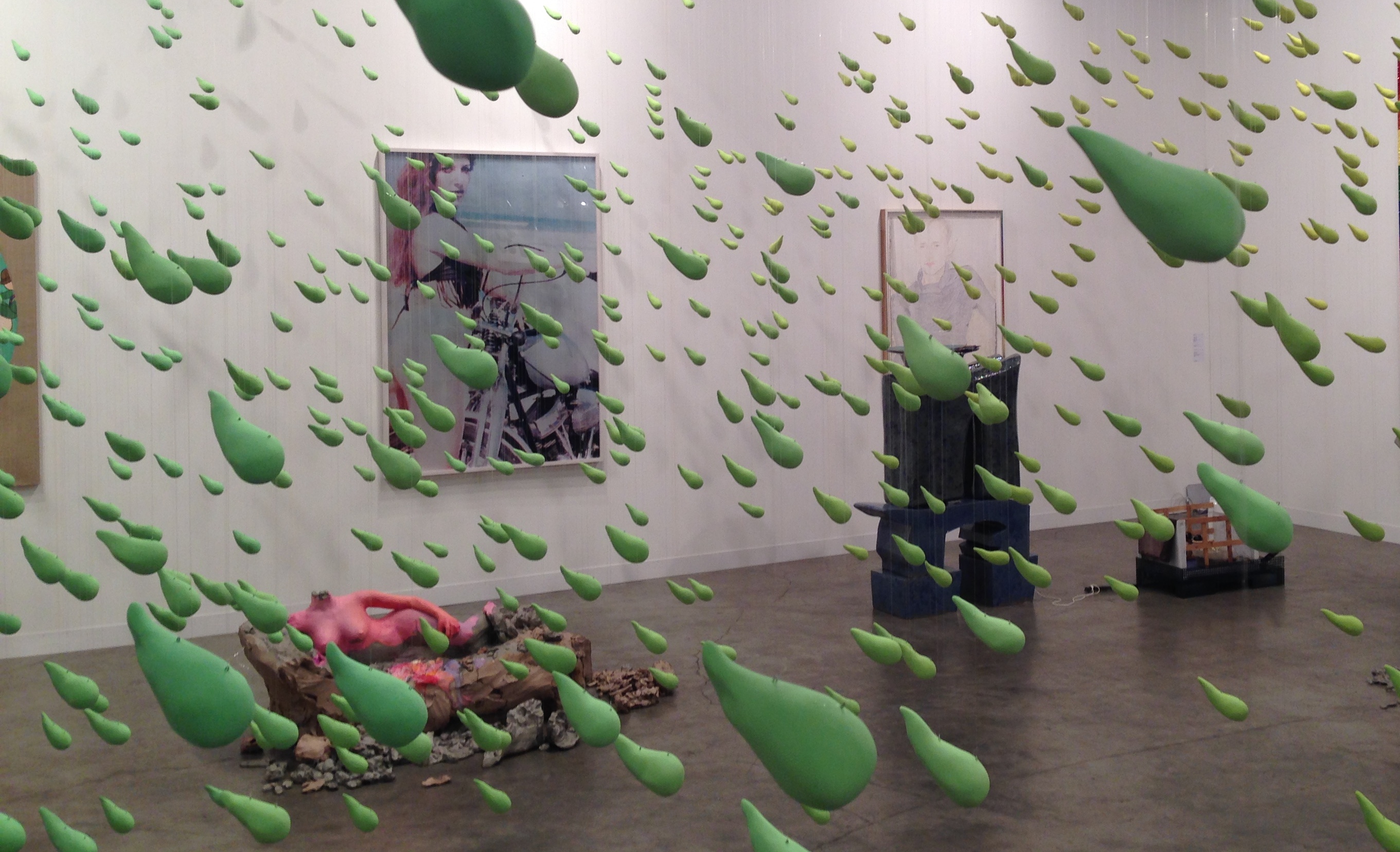 Two hours into the VIP opening Wednesday of the main Art Basel Miami Beach fair, British gallerist Sadie Coles pronounced herself pleased. Her showcase piece, Urs Fischer’s Small Rain - over 100 small, green resin drops suspended in a cloud that filled her booth – was drawing photo-snapping crowds. More importantly, it had already been sold to a U.S. collector, as had several other works, making for a profitable start.

“It seems like a very good year – all the right people are here,” said Coles, keeping a wary eye on gawkers who threatened to either knock into Fischer’s raindrops or stumble over one of his bronze sculptures of sprawling nudes on the floor. Rain had taken 12 workers from London, New York and Miami and an extra day to install, but Coles said it was worth the effort.

“I thought it would make a very strong and beautiful statement,” she said. “It helps people imagine they can live with a major installation, and it encourages people to think outside the box. Art should be exciting.”