« Tony Goldman Way in Wynwood to be dedicated at ceremony on Tuesday | Main | Art Basel: Kris Knight 'Smell the Magic' presented by Spinello Projects and Gucci » 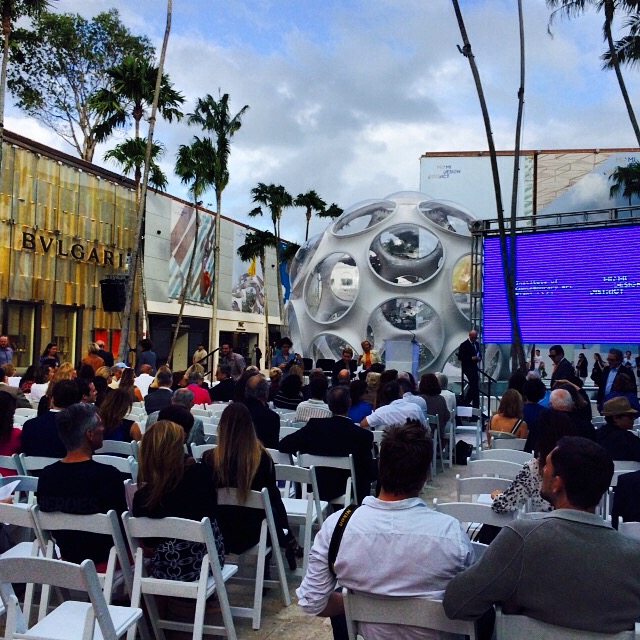 In the Design District’s new Palm Court, Craig Robins of DACRA and L Real Estate, hosted the Institute of Contemporary Art Miami’s opening announcement. The museum opens in its temporary location at the Moore Building this week (Dec. 2) and, after two years, it was announced that it’ll move to a building nearby. Robins and his LRE partners are donating the land and it will be built without the use of public money.

The exclusive group of about 75 philanthropists, art collectors, gallerists and journalists, migrated from the square to see Chicago-based artist Paula Crown’s sprawling sculpture, "Transposition: Over Many Miles," which features a 25 x 6 x 4 piece dubbed “PERforation.” Crown spoke to the crowd sharing her inspiration, process and how she based her work on 3D derivations of sketchbook paper to create 3,200 square feet (half of a city block) of flooring made from reclaimed wood, tempered glass, turf, metal, local plants, and sand. The entire project was constructed and assembled on-site by Theaster Gates Studio and the Design Apprentice Program at the Arts Incubator in Washington Park. It will be on view to the public in Miami through March, at which point the team will disassemble and relocate the entire piece to its permanent home in Chicago. Perforation is adjacent to the Aranda/Lasch facade for the forthcoming Tom Ford store at NE 1st Ave. and NE 39th St.

Guests were guided to the ICA’s temporary location for a Perrier-Jouët Champagne finale in the foyer. 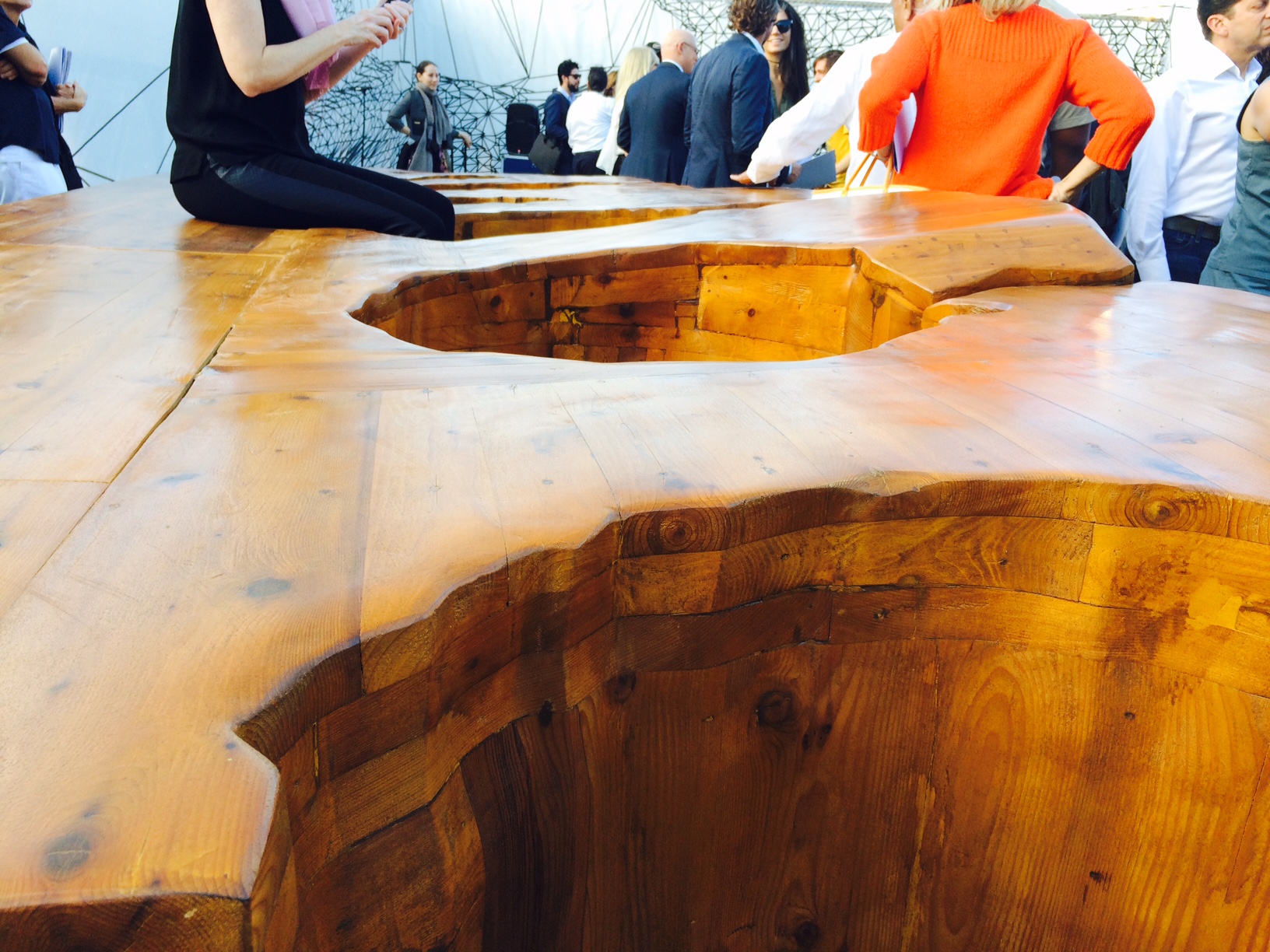 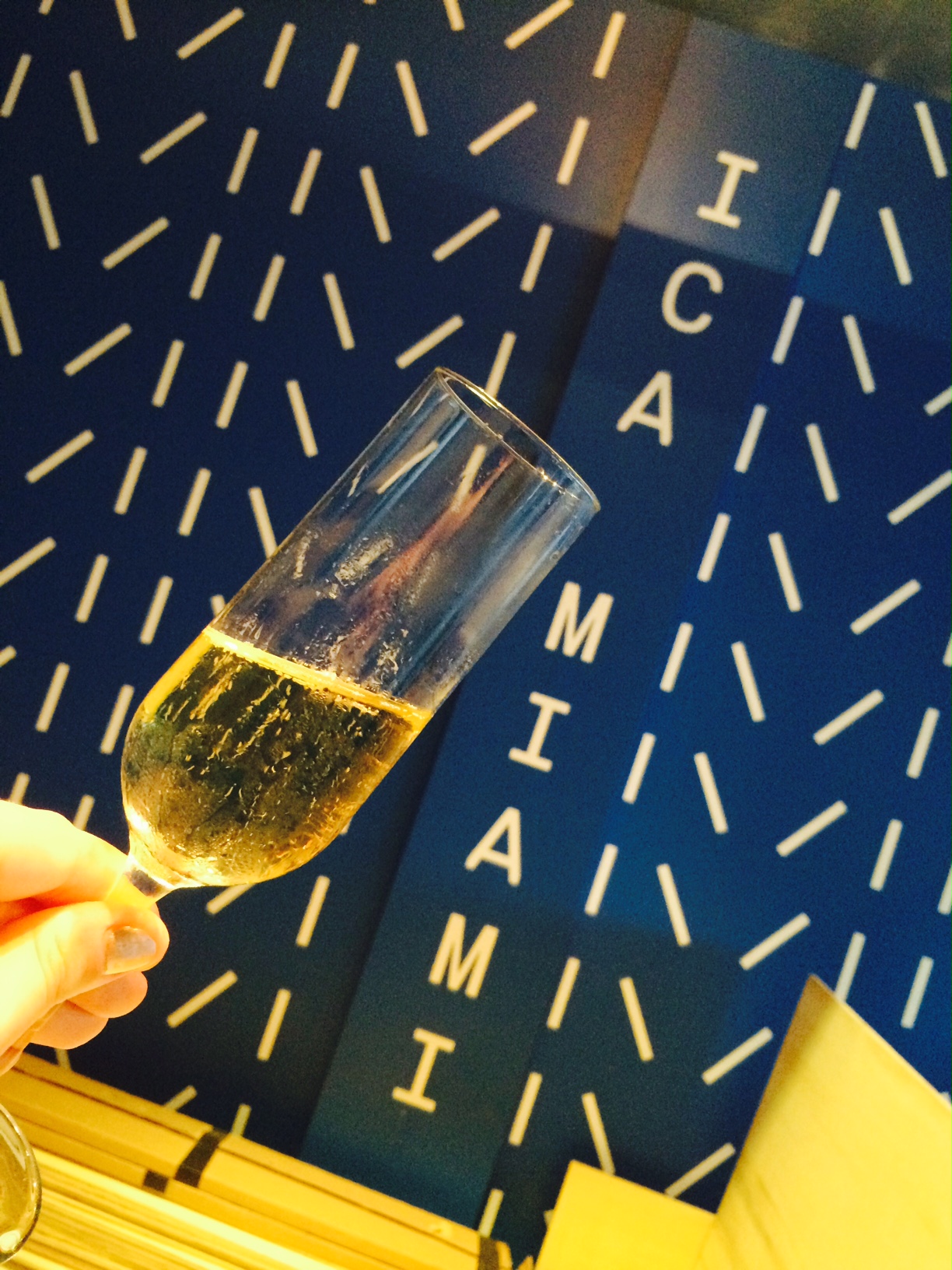