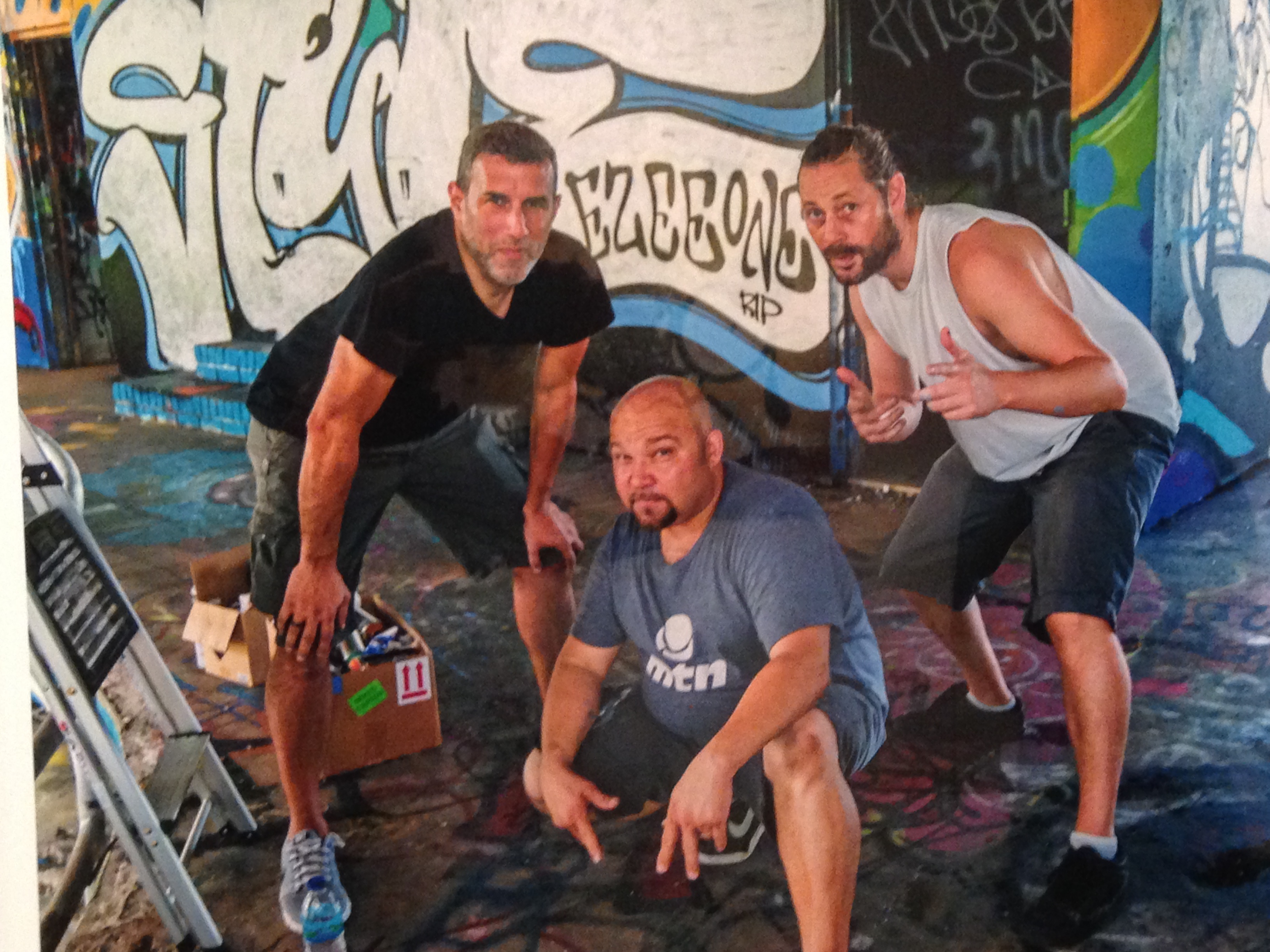 The Friends of the Miami Marine Stadium opened a pop-up street art show Monday night in tribute to the graffiti artists who’ve covered the abandoned, iconic structure with wild murals and turned it into a monument to outlaw creativity. The opening of the show – co-hosted by the Art |History Mural Project and the National Trust for Historic Preservation – was packed with bearded, tattooed street artists and fans, in a former mattress store on the corner of North Miami Avenue and 36th Street in Wynwood. Art on display included some legendary names, including Ron English and Crash.

The irony is that, if the $40 million renovation of the stadium goes through, the changing murals that make it such a strangely beautiful place will be gone. Luis Berros remembered what it was like when he started painting there in the late 90s.

“It was cool, you’d get a breeze from the ocean and you’d just paint,” said Berros, 42. “There’d be like four or five people there, nobody would bother or harass you - it was a good place to practice skills. The skater kids would skate on the roof. But God was on their side – they never fell.”

But Berros won’t be sorry to see his former canvas get cleaned up – though he hopes the renovated stadium will make space for rotating art shows. “I’d like my daughter to experience a concert there,” he said. “And all the graffiti we painted is already gone. But if it falls into disrepair, we’ll go back in and paint it again.”