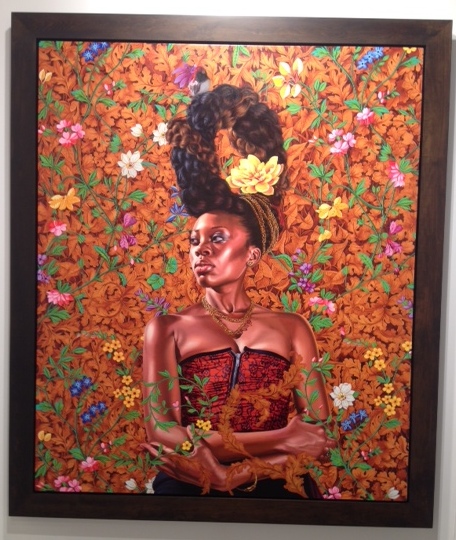 At the Kelly gallery, owner Sean Kelly said between the works hanging in his booth and others he showed via iPad, he had "the best first day ever" in his 13 years at Art Basel Miami Beach -- the equivalent of
selling out his booth twice over. The most expensive: about. $500,000. Others included several several paintings by Kehinde Wiley priced at $125,000 each and 13 paintings by newcomer Hugo MacCloud at $25,000 each.

"It's been exceptional," said Kelly .

Galleriat Jack Shainman also reported a strong day. A Nick Cave "hustle coat" lined with jewels priced at $60,000 went "in the first second. I could have sold it 10 times over."