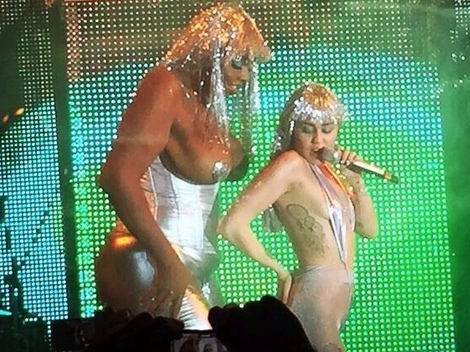 In a bizarre and emotionally transparent performance, Miley Cyrus mocked her own music, opened up about her dark year and belted some Led Zeppelin. Oh yeah, and she smoked pot onstage, too.

Wearing a silver metallic Cleopatra wig and bright turquoise eye-shadow, Cyrus kicked off the poolside show at the Raleigh Hotel in South Beach singing a duet of "Super Freak" with a topless woman. The Wednesday night performance was one of the top bills during the star-studded week of the prestigious Art Basel Miami Beach.

Cyrus played mostly covers, including Led Zeppelin, the Beatles "Lucy in the Sky with Diamonds" and Johnny Cash, telling the audience she understood they were serious about real art and probably weren't fans of her pop-music style.

"You thought (Art Basel) was a respected place where you could escape me," said Cyrus, who talked about her difficult year after her controversial gyrating performance at the MTV Video Music Awards and the death of her dog.

The former Disney star said it took her to a dark place and made her realize many of the things she was doing seemed meaningless.

"This year has constantly challenged me, and that's why I started doing art," she said before launching into a song she wrote after her friend's cat spoke to her in a dream. The macabre song, which she also played on the piano, seemed to get to her and she abruptly banged on the keys at the end, saying she was sick of talking about death and wanted to move onto something fun.

Later in the show, she donned a massive rainbow with a cutout for her head, while two other performers wore mushroom costumes. At one point, two costumed sharks and a penis also ran across the stage. Despite distractions of bubbles floating through the air and falling confetti, one thing stood out — Cyrus' vocal chops.

Inside several poolside cabanas, art installations showed video images of Cyrus with a neon green Oz-like background alongside strangely photo-shopped images of her and messages accusing her of torturing her real fans and urging her to "stop posting terrible art." 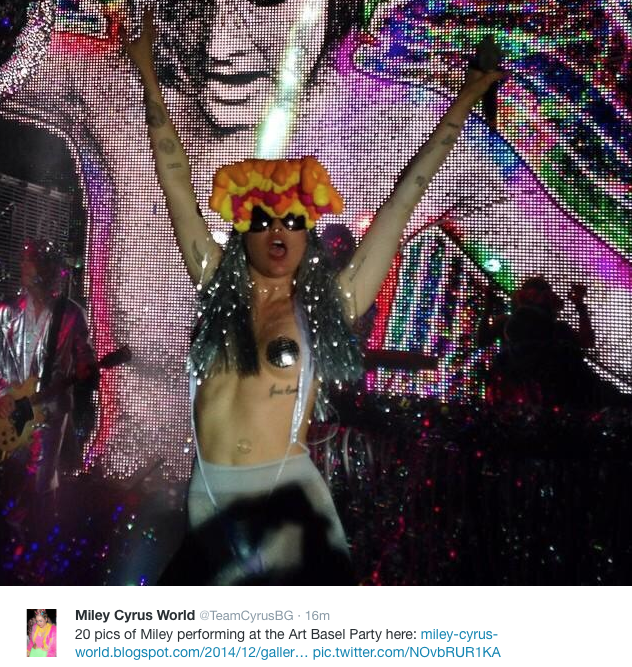 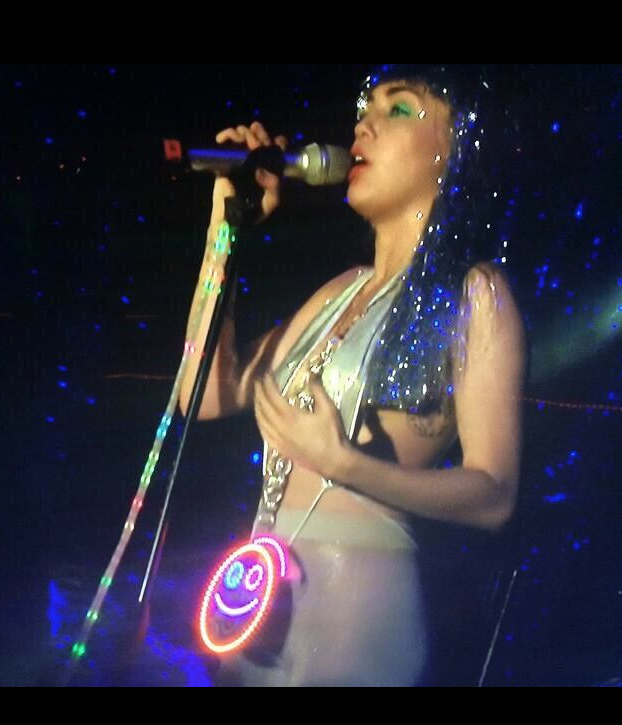 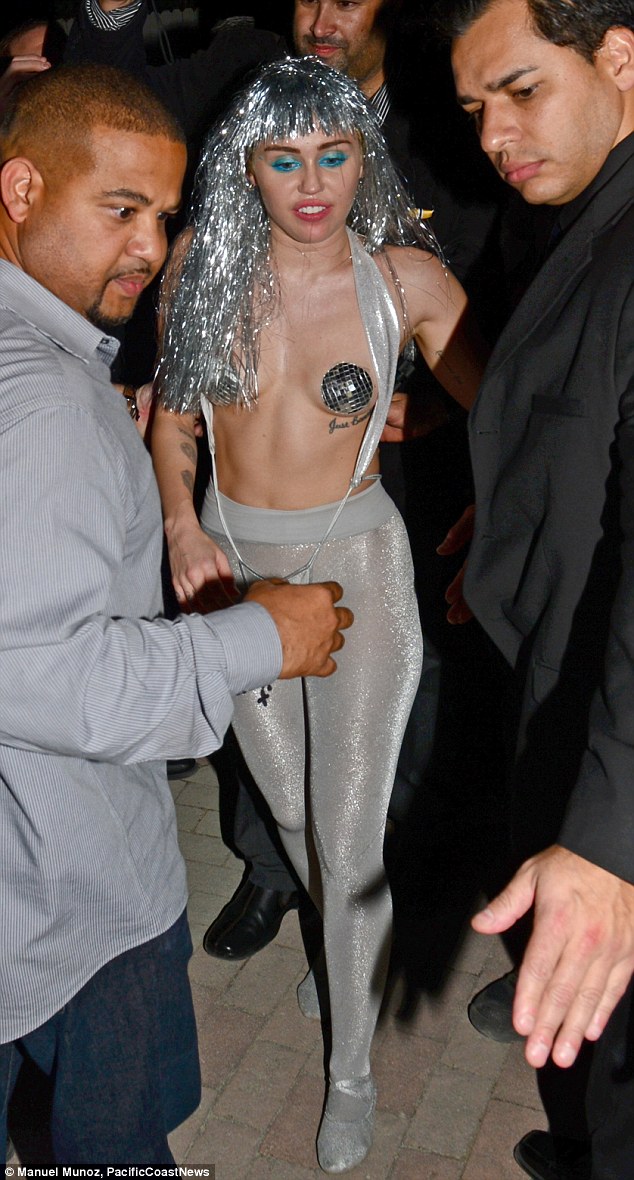