Mr. Brainwash leaves his mark on Miami Art Week with a Burger King-inspired mural in Wynwood 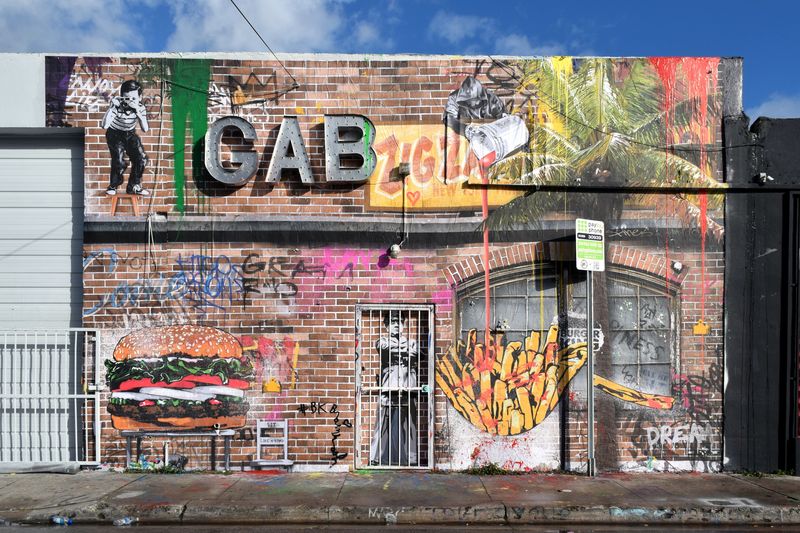 On an overcast Tuesday during Miami Art Week, pop street artists Mr. Brainwash was drawing a crowd in Wynwood. A crowd of students from the Miami Ad School filming his every move. A crowd of passers by wondering what he was up to. A crowd of Miami-based celebs and reality TV stars, all coming to say hello and snap a photo.

Mr. Brainwash, aka Thierry Guetta, was getting ready to begin pasting his latest mural - this one commissioned by Burger King - on the outside walls of GAB studios in Wynwood, across from Wynwood Kitchen and Bar and Jugo Fresh. But the weather wasn’t letting him start on time, a short, tropical rain shower passing through. So Brainwash did what he always does - he got spontaneous.

So he started painting people’s crisp, white shirts. First an older man in his collared, buttoned-down shirt. Then a young man sporting a white t-shirt and black jeans, and a big fan of the artist, stood up against the wall and Brainwash splattered his shirt with red, then blue, and then green paint. The young man’s smile looked permanent as he showed of his “Brainwash Original”.

“I never met him but he was so sweet, his face, and since we were waiting for the rain let’s do something for fun,” Brainwash said. “I have never done something like that before, but it was like having a show.

“I like creativity in all forms, and I like to be creative for people. When someone comes by with a camera, I want to be creative for them to please them,” Brainwash continued. “And my goal in life is to please people as much as possible. I do my work that I do with one message - that love is the answer, and life is beautiful.”

Burger King believed Brainwash’s work is beautiful, too. So they commissioned him to create a mural that would bring the fast food brand to life and encourage social engagement.

“A lot of people don’t know Miami is the home of the Whopper, and the city is undergoing an incredible transformation and with Art Basel a big part of that, it was just a way to intertwine pop culture with our brand and support our home city during a very cool event,” said Eric Hirschhorn, Chief Marketing Officer, North America, Burger King Corporation. “And Mr. Brainwash’s work over the last few years has been driven by pop culture, so it was good fit. He does pop culture art in a way that makes sense for us.”

As the rain passed, Brainwash got to work, jumping on a scissor lift, rolling the wall with glue, then carefully pasting his poster art on the GAB wall, section by section. At times he had to carefully get on his tiptoes and climb from the lift onto the building in order to get the sections lined up. And all the while, the parade of Miami celebs came by to see Brainwash in action. Nightclub moguls David Grutman and Eric Milion. Real Housewives star Adriana De Moura. Katrina Kampins of The Apprentice fame. DJs Hannah Bronfman and Brendan Fallis. Jeweler Danielle Snyder. Del Toro Shoes creator Matthew Chevallard. Wynwood’s Zak the Baker. And Brainwash took the time to pose with each, just like he did with the fans who stopped by and snapped selfies with their cell phones. 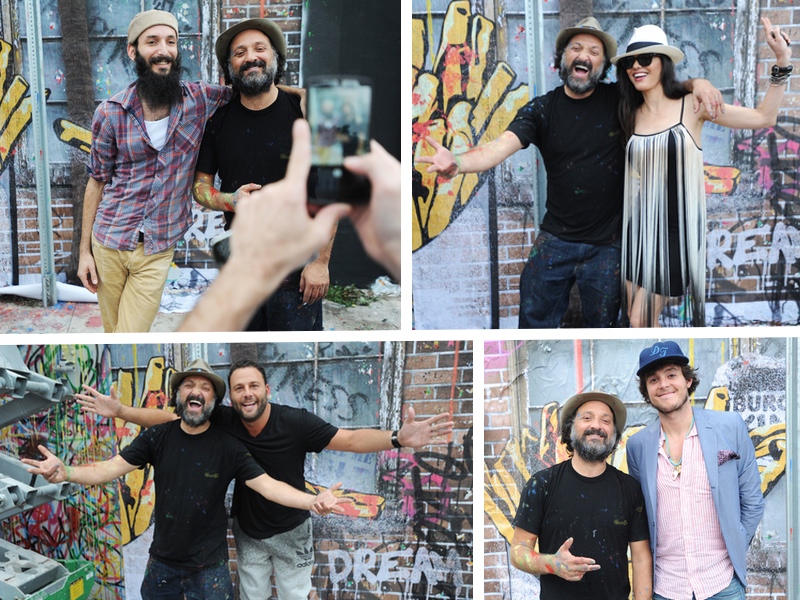 The final product - a Whopper and fries set against a brick wall - even needed a touch of Brainwash’s spontaneity. Since the artist was never given the actual dimensions of the wall, his mural was too big for the space - and thus the Burger King logo ran onto the sidewalk. No worries. Brainwash ripped off the logo, trimmed it by hand, and applied it to another part of the mural, making sure it blended as best it could. Artistic improvisation. 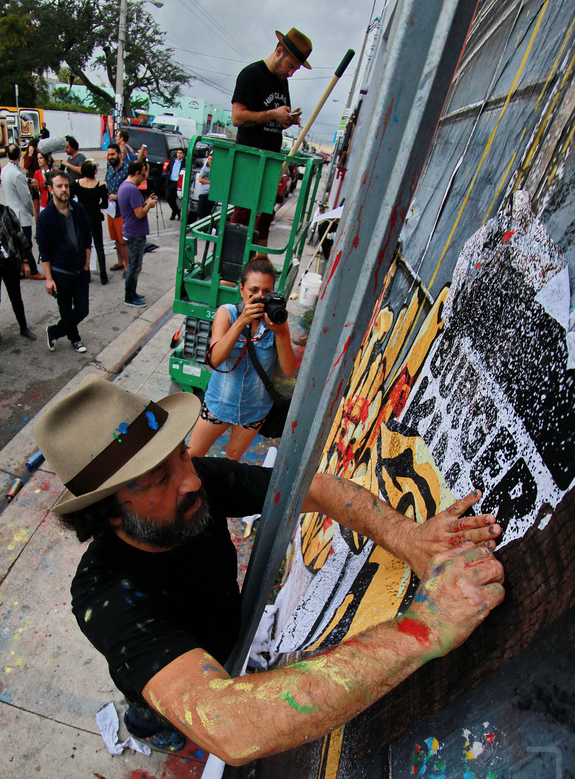 “I believe everything is art, and I tried to do something that is part of Miami and with graffiti and an interaction between the wall and people,” Brainwash said. “Sometimes it takes days, sometimes weeks. I wanted somebody throwing paint on the wall, so I added myself and then I will put paint right over it. But I don’t know how long this one took to create - I don’t really calculate time.”

Brainwash said he plans to stay through Art Basel, but the Burger King mural is his only work this week. Except for a few soirees here and there.

“I may do something at LIV, because I like getting a drink there,” he said. 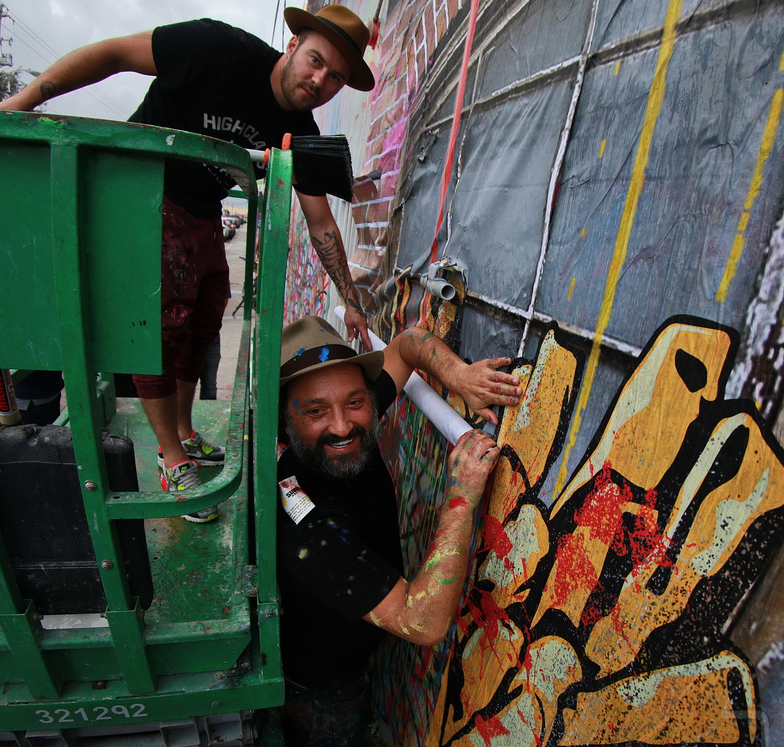 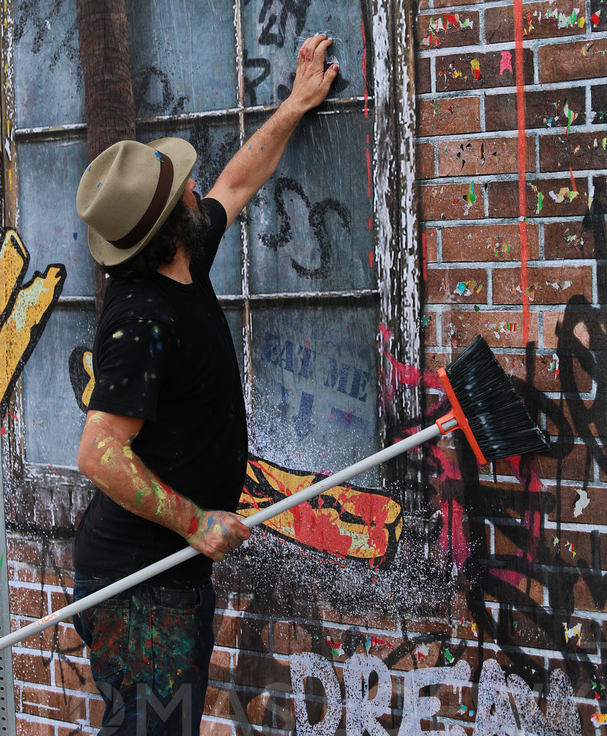 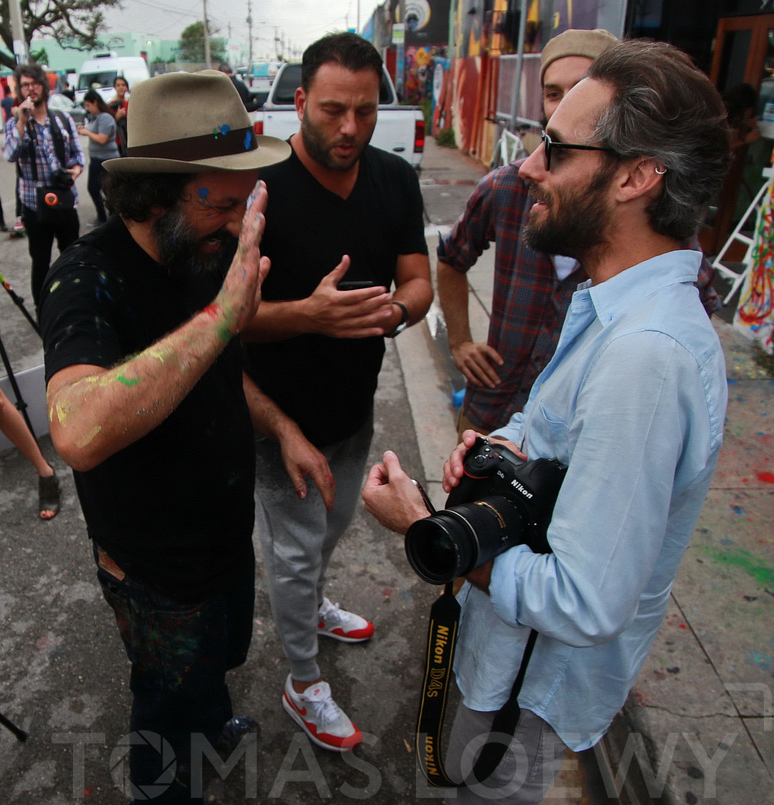 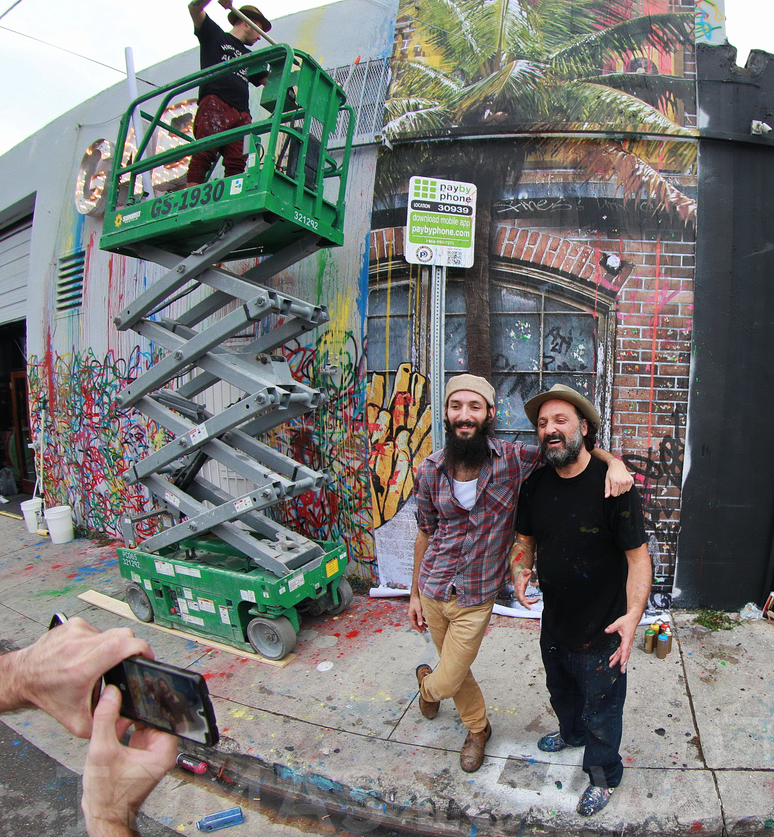