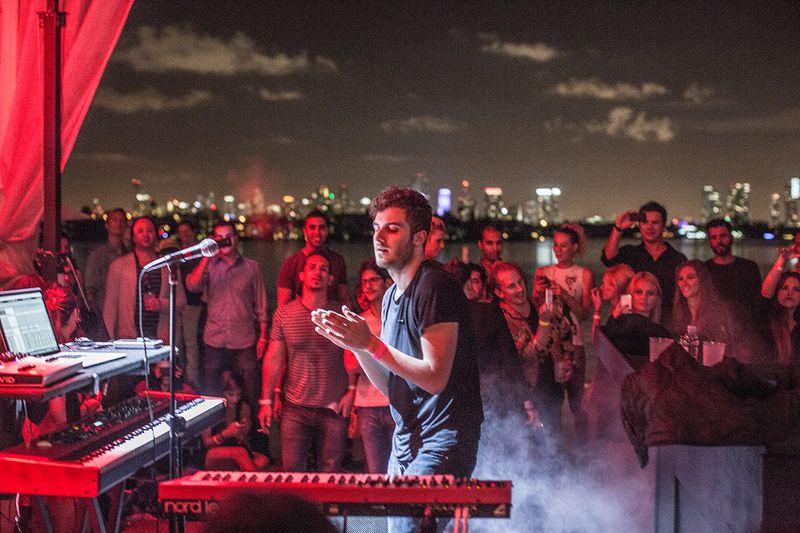 If you're having difficulty planning out your Art Basel 2015 party schedule, have no fear - our guide to Art Basel parties is loaded with events for every kind of Basel-goer. For the complete list, please click here. For now, here’s a look at the next couple of days.

Snowbirds & Flamingos at Libertine - hosted in association with Art Report and featuring performances by special guests DJ Kindness (NYC), WRESTLERS and a slew of Big Apple and Magic City locals. From 10 p.m. at Libertine, 34 NE 11th Street, Miami. Admission is $15 with RSVP via libertinemiami.com/snowbirds. 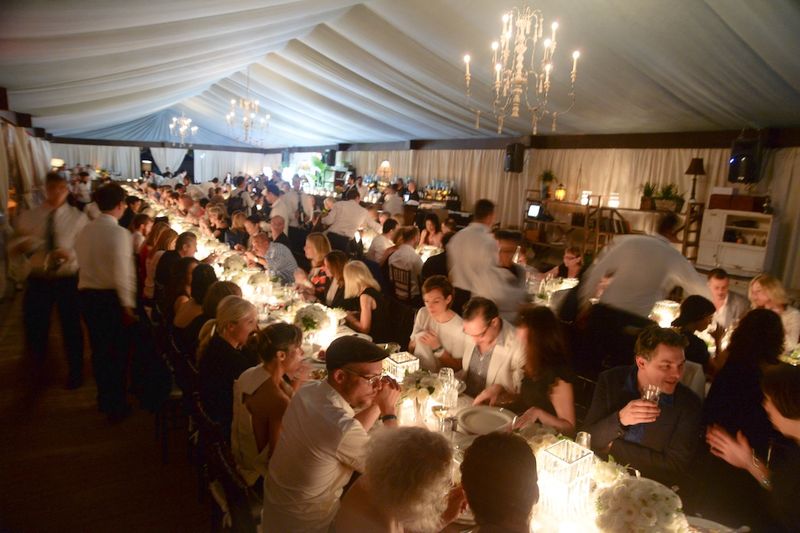 And now for some parties and pop-ups you probably WILL NOT be able to attend. Complete list just click here. For now, a look at the next couple of days:

ARTCELERATION Featuring RETNA: Getting a jump start on the Baseline, New York's Hoerle-Guggenheim gallery is hosting a live painting event by graffiti artist to the stars, RETNA, who may or may not have been doing performance art when he trashed an LA art gallery recently, and who will hopefully not smash the Ferrari F430 Challenge he plans to paint. The event is by invitation only and will take place at Macaya Gallery, 145 NW 36th St.

Galerie Gmurzynska/Sylvester Stallone at ex Versace mansion: Long before Basel was anything but a city in Switzerland to Miami folk, Sly Stallone was doing art. Making art. Painting. We remember his house parties in Miami celebrating such. Sly was a visionary and is back in town for Art Basel and a private party at 8:30 p.m. that he will co host with art curator and critic Germano Celant.

Reception for Magnificent Jewels & Sotheby's Diamonds: Invite only 1 percentfest at the Sotheby's penthouse from 6 p.m. to 8 p.m.

Soho House Kick-Off Party hosted with White Cube & Vinyl Factory: An invite only 'do hosted by Soho House's Nick Jones, London art gallery White Cube's Jay Jopling and indie British music and arts enterprise The Vinyl Factory. Disco legend Giorgio Moroder will spin while Moet & Chandon and Bombay will keep the crowds (de)hydrated. Also happening at Soho is the Calypso St. Barth boutique, open to members and guests December 3-6 from 11 a.m. to 6 p.m. daily through Sunday, where you never know who may be in the market for a caftan or ten.

Opening Reception for Unrealism: Art world machers Larry Gagosian and Jeffrey Deitch have organized this exhibition which will kick off its opening with a private party at 5 p.m. in the Moore Building.

Icons by Pamela Hanson: Celebrating her latest photo exhibition of limited edition prints to benefit World Housing, fashion and celeb snapper Hanson is having a private cocktail party at 6:30 p.m. at the Shore Club. Her exhibition features Naomi Campbell, Nadja Auerman, William Baldwin, Kate Moss, Carla Bruni, Helena Christensen, Eva Herzigova and Michaela Bercu, so you never know whom of the aforementioned may show up.

PK SHOP Inaugural Cocktail: Paul Kasmin Gallery's PK SHOP, called #TheNightYouLeft is emerging at The Nautilus and celebrating with a cocktail party, by invite only, from 5 p.m. to 7 p.m. This time around, the shop will feature wearable and collectable art by Deborah Kass, Erik Parker, John Gordon Gauld, Nir Hod, Mark Ryden and Will Ryman, among others.

Hillary Clinton Fundraiser: Timing is everything, and the Democratic presidential hopeful will be in town for some private fundraisers including one at 5:30 p.m. at a Miami Beach apartment building to which supporters can attend for $2,700 including small talk and a photo op, or  $1,000 just to breathe the same air. Clinton will also be in Pinecrest at the home of Democratic fundraiser/businessman Chris Korge that night. For more information, email jstewart@hillaryclinton.com.

Elle Decor Modern Life Concept House opening 7 p.m. to 9 p.m. in Wynwood. By invite (not even a plus one) only and featuring interior designers Sam Robin, Danielle Busca, Matt Macdonald, Elizabeth Martin and Fernando Wong.

The Art of Shade: Some would say this is the quintessential title for all of Art Basel Miami Beach, but then again, TUUCI, a Miami-based outdoor shade manufacturer, is hosting its own event from 7 p.m. to 11 p.m. at MAPS backlot, 342 NW 24th St., featuring graffiti artists Ricky Mastrapa AKA Abstrkt, Alex Vahan AKA Quake and Luis Berros using TUUCI parasols as canvases. Food and drink too.

Mark Anthony Green Welcome Reception at Dream South Beach: Invite only party at 9 p.m. for GQ editor turned artist Green who will debut an installation described as his "most raw, most envelope pushing exhibition by far."

Posted by Miami Herald at 04:16 AM in Pop-Up Parties | Permalink