Art at the Sagamore: The Portal 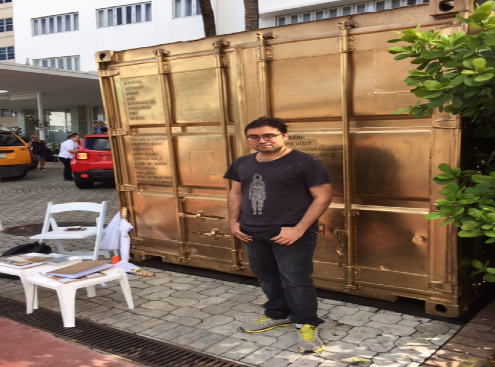 Amar Bakshi at the Sagamore

That gold shipping container in front of the Sagamore Hotel in Miami Beach is art. But to really appreciate it, you have to become part of the "show."

It's the Portal, which connects people in a shipping container in one part of the world -- in this case, Collins Avenue -- with people in Afghanistan, Iran, Mexico or Cuba. 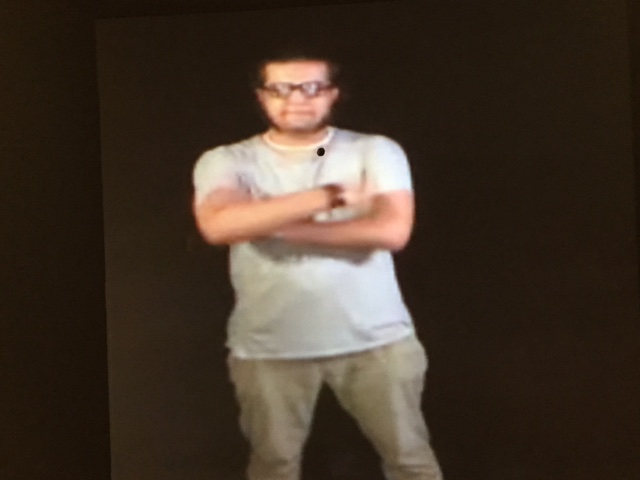 During my 20-minute appointment, I chatted with a 23-year-old graphic designer via a Skype-type arrangement on a screen inside The Portal; he was in a portal in a gallery Isfahan, Iran. Speaking through an interpreter on his end, I learned that he lives with his parents, goes to university and works a typical 9-5 job. He hopes to come to the U.S. after he graduates and buy his dream car, a Ford Mustang. He thinks people in the U.S. or any country are probably different from their government and their media portrayal. He was interested in whether I was married and had children, and being a step-parent worked (a rare concept in a country where divorce is uncommon.)

It was sometimes difficult to hear, and the voice lag and need for an interpreter made the conversation cumbersome. But it was still a great experience and whetted my lust for visiting that part of the world.

The year-old project was founded by Amar Bakshi, a former journalist who wanted others to experience the kind of meaningful interactions with strangers he had while traveling. “We’re creating a space where people encounter one another with no particular purpose” — a kind of global public square. Language won’t be an issue; each portal is staffed with both a translator and a local curator.

Posted by Miami Herald at 09:01 AM in Art Public | Permalink