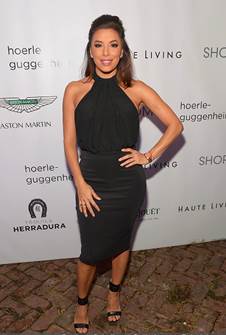 As much as some are loath to admit the truth, the proposal by Dancing With the Stars' Maks Chmerkovskiy to his costar Peta Murgatroyd last night at the Olympia Theater performance of SWAY really stole Art Basel's thunder. But alas, some of that activity still went on last night.

The artist known as RETNA debuted some works last night at the home of Loren Ridinger, who co-hosted a party at her home with the Hoerle-Guggenheim Gallery and Aston Martin. Among those there: Eva Longoria, Russell Simmons, Maxwell, Amar'e Stoudemire, Fat Joe, Tommy Hilfiger and Omarion and Rohan Marley.

At Rockwell for the 1Oak x Up & Down pop up, LeBron James was seen checking out a DJ set by Wiz Khalifa.