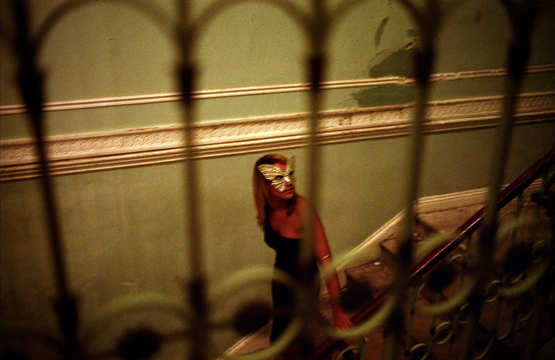 Only single women and couples are allowed to attend. Single men are forbidden. There is a no-mask, no-entry policy. Think "Eyes Wide Shut," but for a hipper, millennial crowd.

Art Week in Miami was a natural time to throw a sex party, Lee said.

"You have all the beautiful people from all over the world coming to town," she said.

The first hour or two resembles a cocktail party -- people drinking, milling around, flirting. Then the fun starts, but the standard rules of the social universe don't apply: only women are allowed to proposition men.

"Once a few couples start kissing, " Lee said, "the whole gang gets going."

Separate bedrooms are provided. Participation is not required -- some guests show up just to watch.

Most people keep their clothes on in the early hours, but a few women strip down to their "knickers and heels" as soon as they walk in, according to Lee. Between 75 and 100 people are expected to attend. Single ladies can come free. Couples must pay $300 for standard entry and $500 for open bar.

If you want to sign up, do it fast. The company vets participants beforehand and the process takes at least 24 hours. The website is http://www.killingkittens.com/
Killing Kittens last sank its claws into Miami in 2012, according to the New Times.