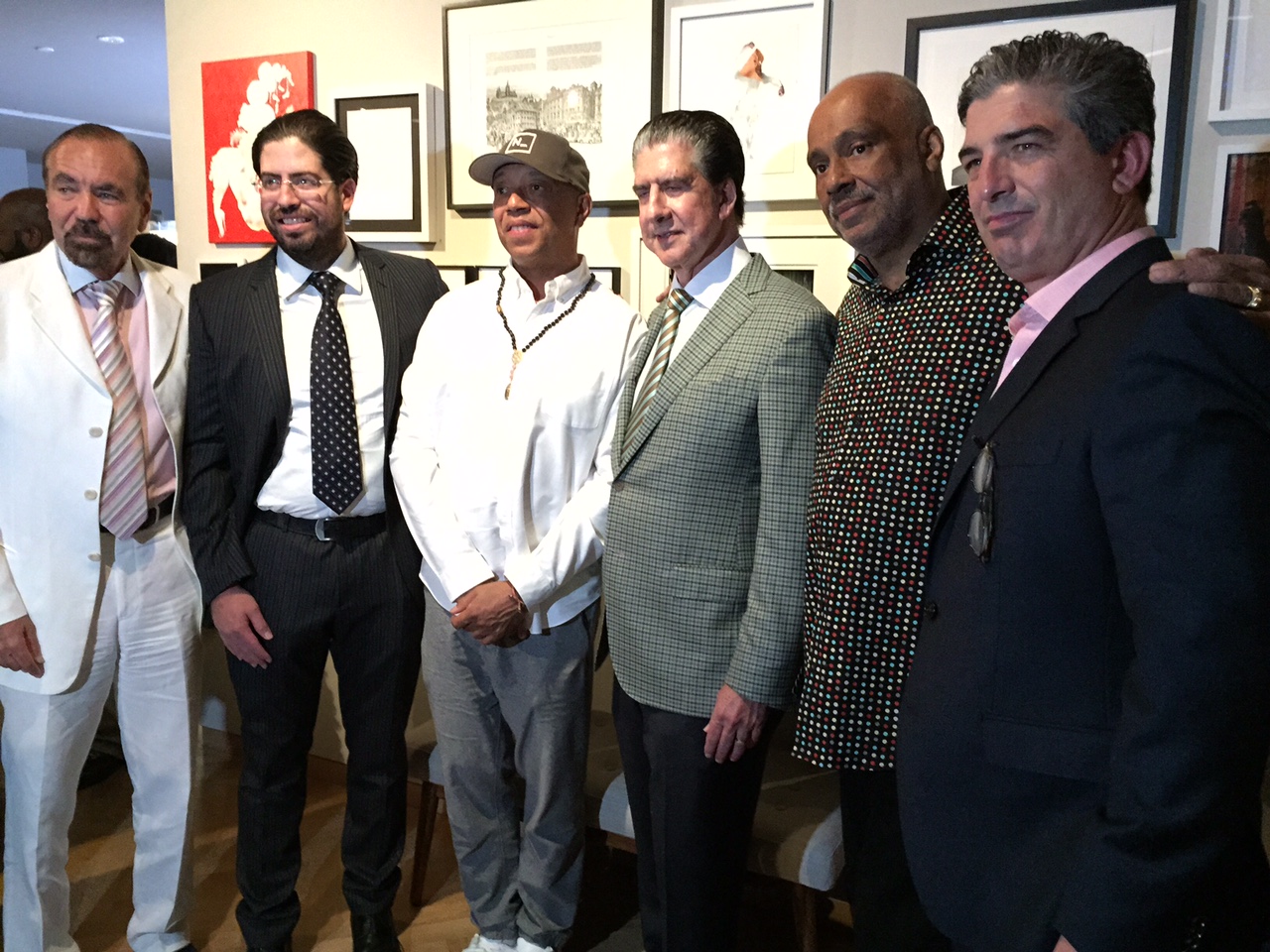 Inner-city youth were the real winners Thursday, when hip-hop magnate Russell Simmons and Miami developers Jorge Perez and David Martin co-hosted an auction benefiting the Rush Foundation. On the block were works by many top U.S. black artists, including Wangechi Mutu, Renee Cox, Theaster Gates and Kehinde Wiley, and street artists Shepherd Fairey and Mr. Brainwash. The biggest bid of the evening: $75,000 for the Wangechi Mutu, won by Martin.

The auction, at the sales center for the Grove Park condo project, raised funds to support arts education in schools. Said Simmons, "we need to get governments to understand that without creativity, numbers don't matter. We need to get the focus on teaching kids to think creatively. "

Posted by Miami Herald at 08:16 AM in Private / VIP Events | Permalink