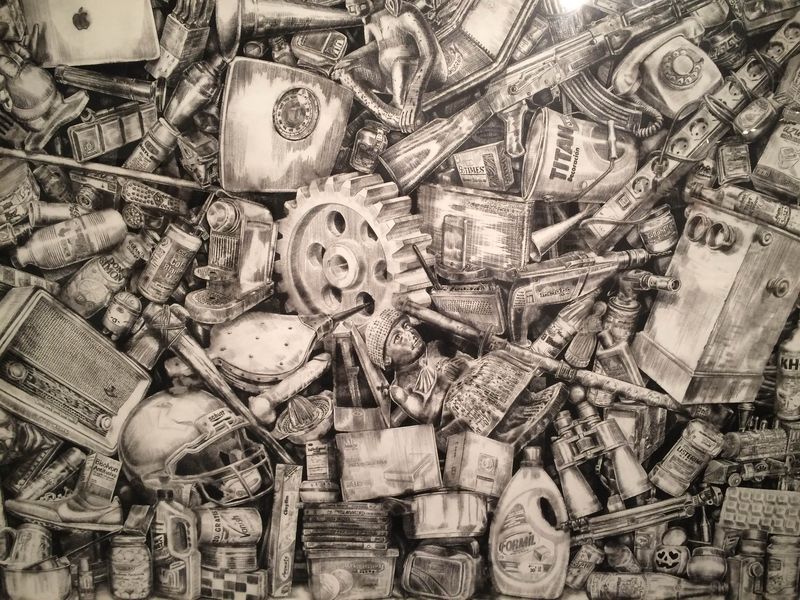 An array of fine works by Latin American artists from the collection of developer Jorge Pérez is on display at the Mana Convention Center in Wynwood.

One fair-goer exclaimed that a blue-and-green collage of stuffed animal skins by Argentine artist Agustina Woodgate would look lovely in her friend's apartment at Paraiso Bay, a luxury Miami condo tower built by Pérez's Related Group.

Alas, the work was not for sale.

The exhibit, "A Sense of Place," features more than 50 works from Pérez's collection, all of which is promised to the Pérez Art Museum Miami.

It was co-curated by Patricia Hanna, Related's art director, and Anelys Alvarez, assistant curator at Related and former professor of art history at Universidad de La Habana in Cuba.

Said Hanna; "We were trying to show Jorge's evolution and idiosyncrasies as a collector . . . particularly his Latin American identity and his experience as an exile."

Posted by Miami Herald at 05:38 PM in Satellite Fairs | Permalink