There's an opening Friday night at Makaya, but among the pieces that will stay up after Art Week are a number by Knowledge Bennett, including "Mao Trump," which superimposes Trump's face on a replica of Warhol's portrait of the repressive Chinese communist leader.
​ 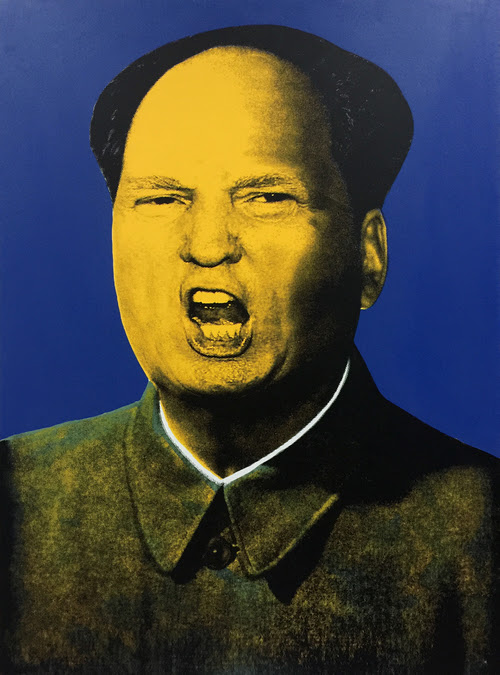 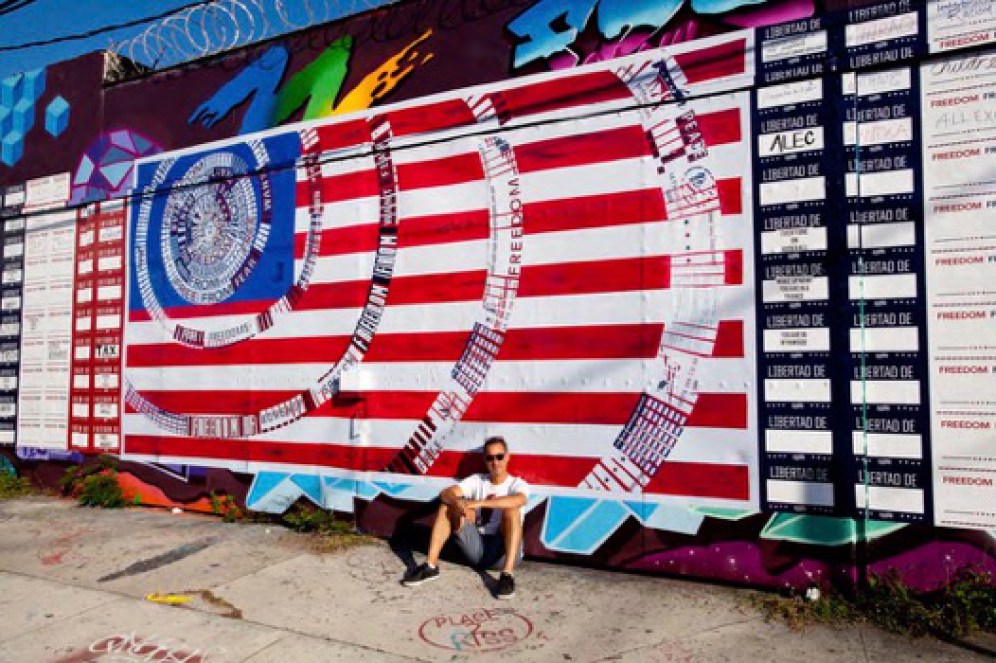 ​
Makaya also has works from "Divided States of America," a series by Chor Boogie, a top street artist who began writing graffiti in San Diego in 1993, at age 13. In "Mi$$ America," a nude Lady Liberty is draped in an American flag, with a real $100 bill taped across her mouth. 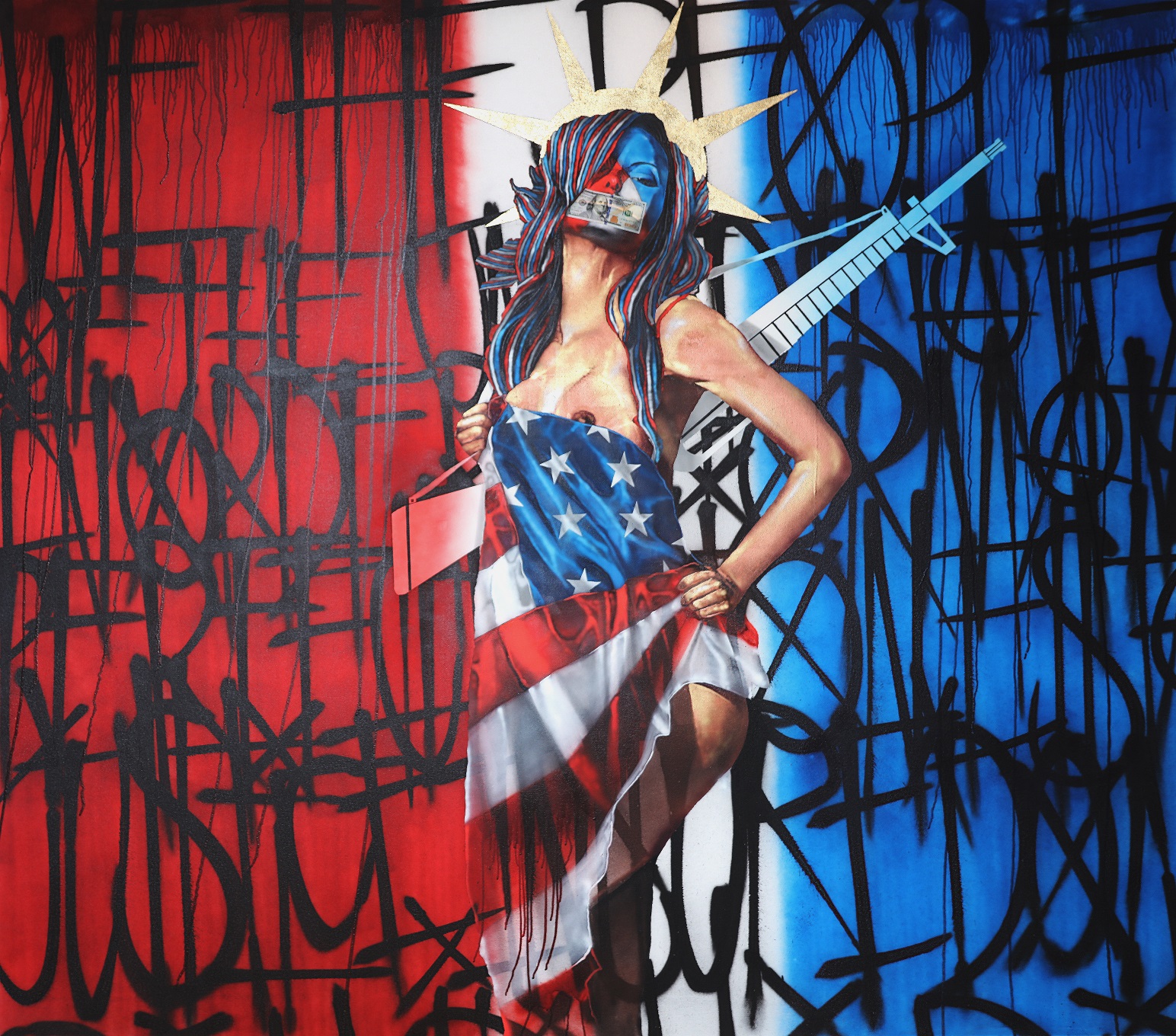 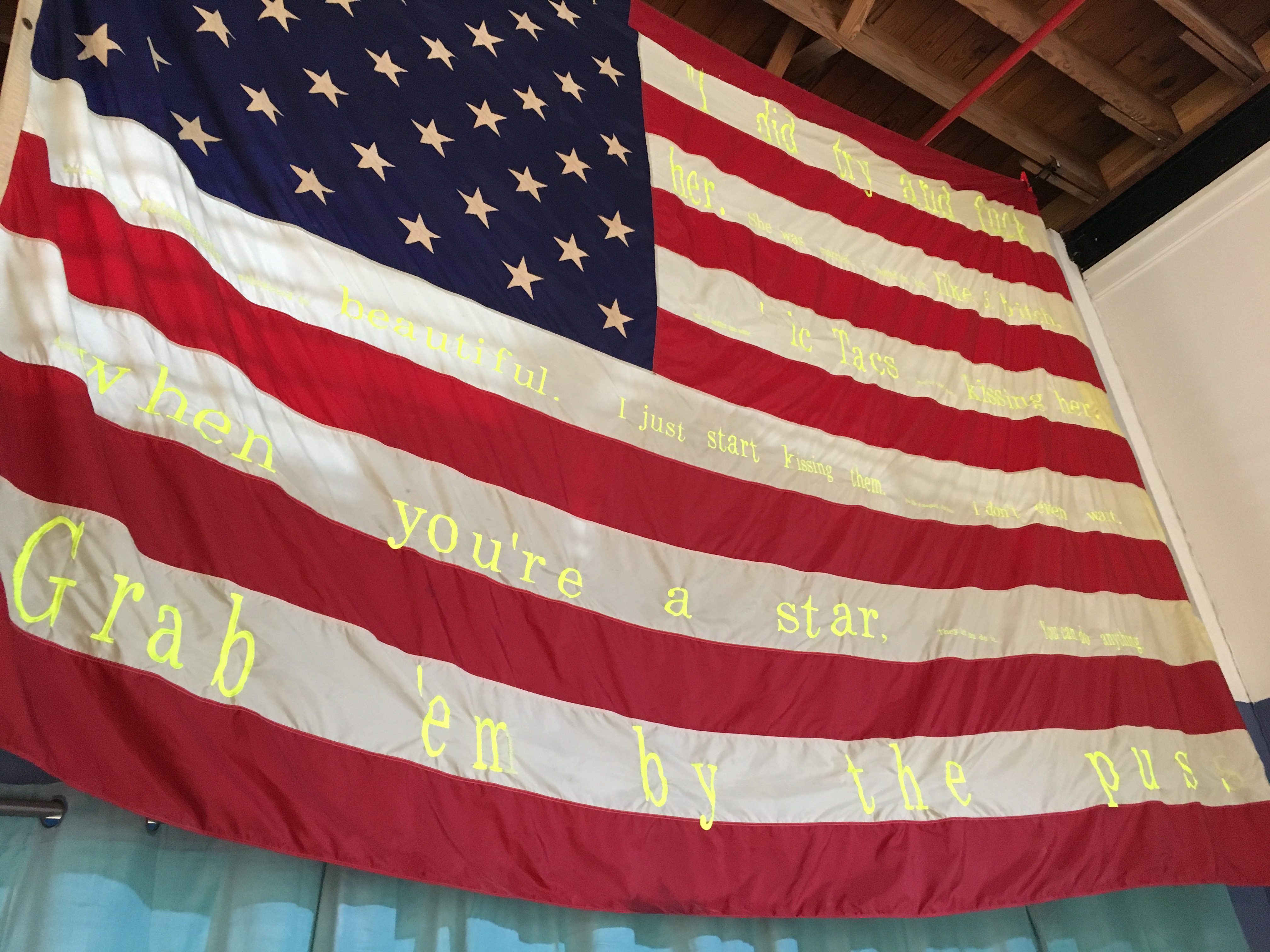 Conception director Rachel Wilkins says she's seen little political work from the art world. "I wonder if people are afraid," she said Friday afternoon. "He [Trump] did just say that people who burn the flag should get their citizenship revoked. I hope artists don't react that way."
​