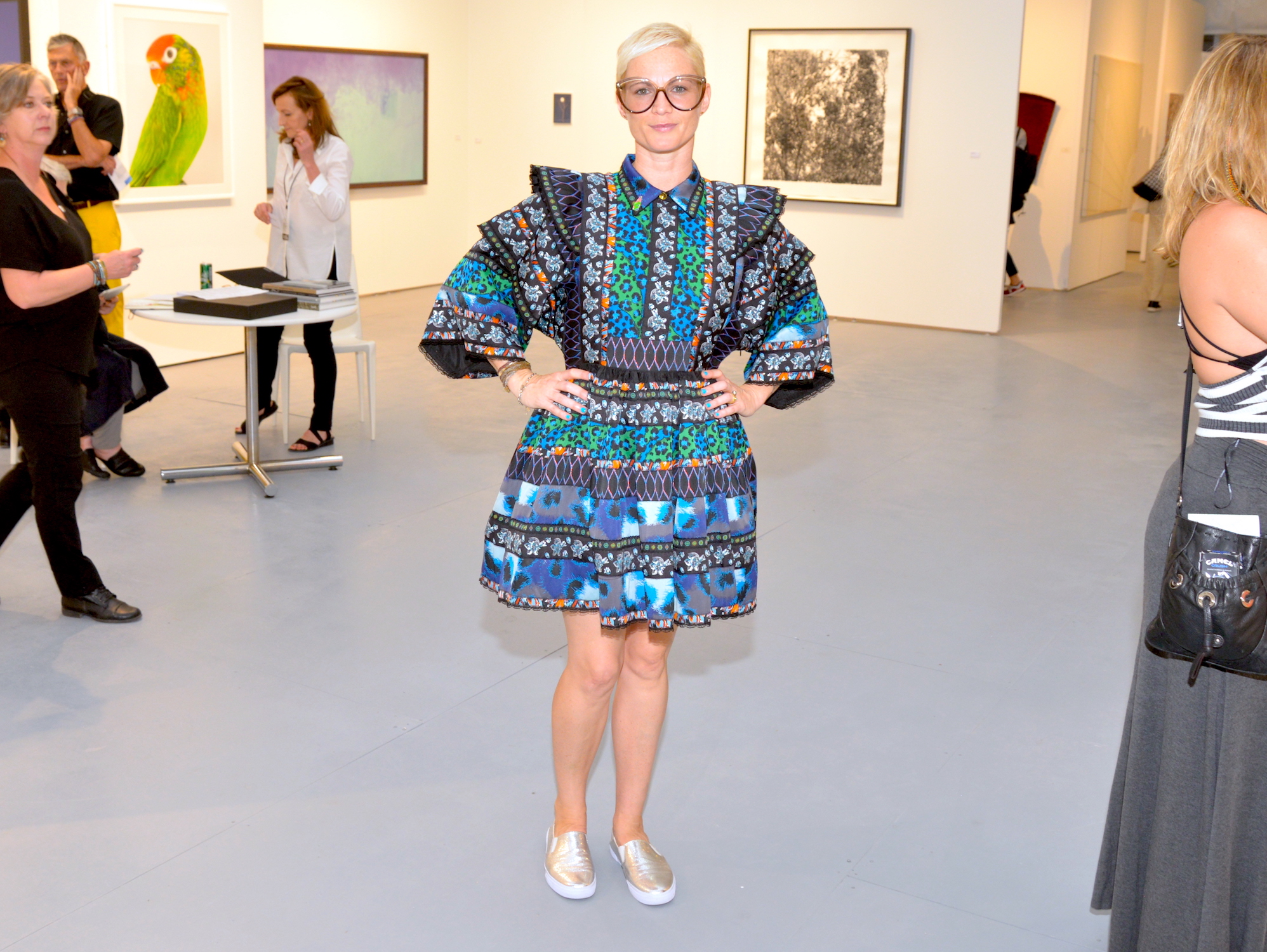 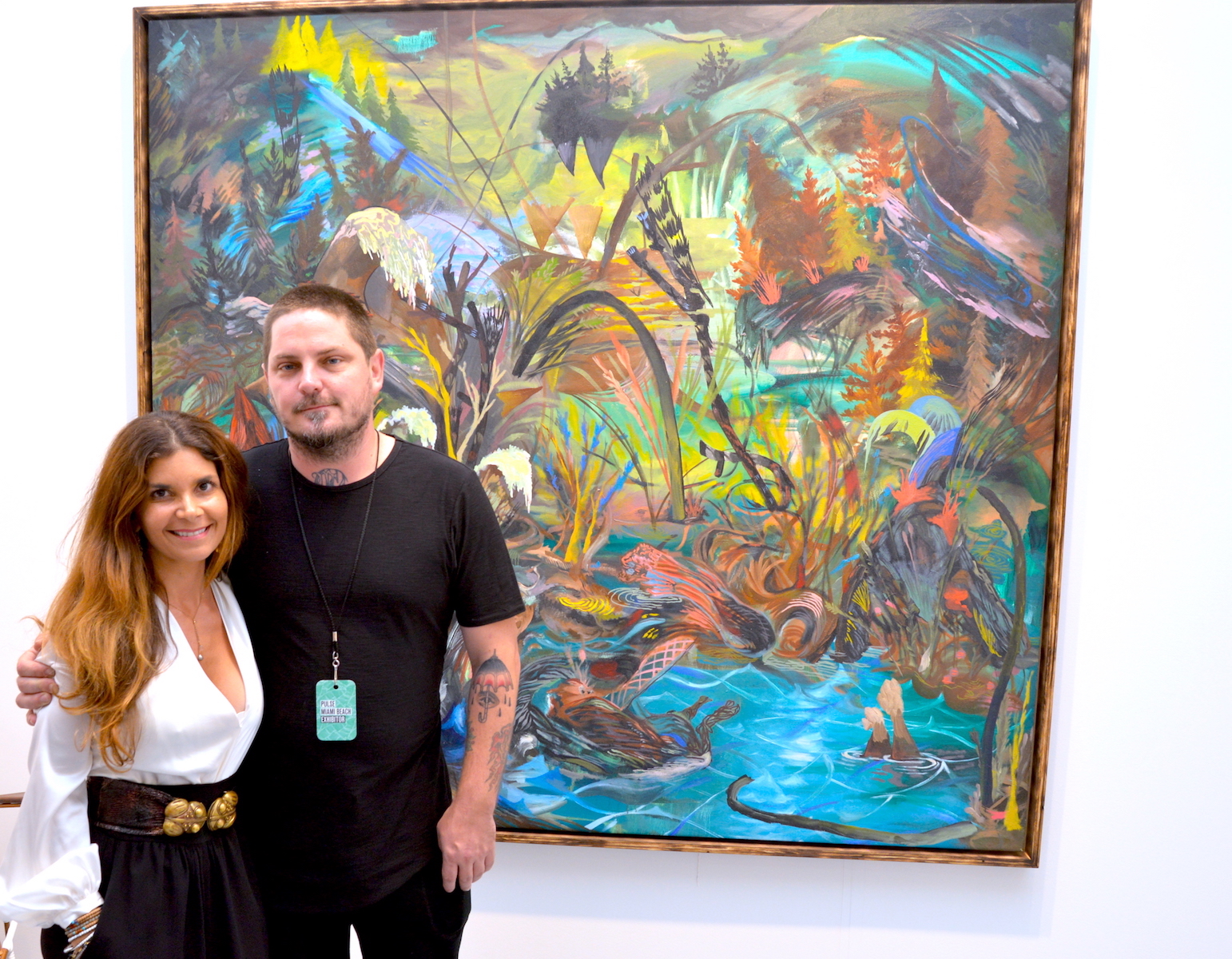 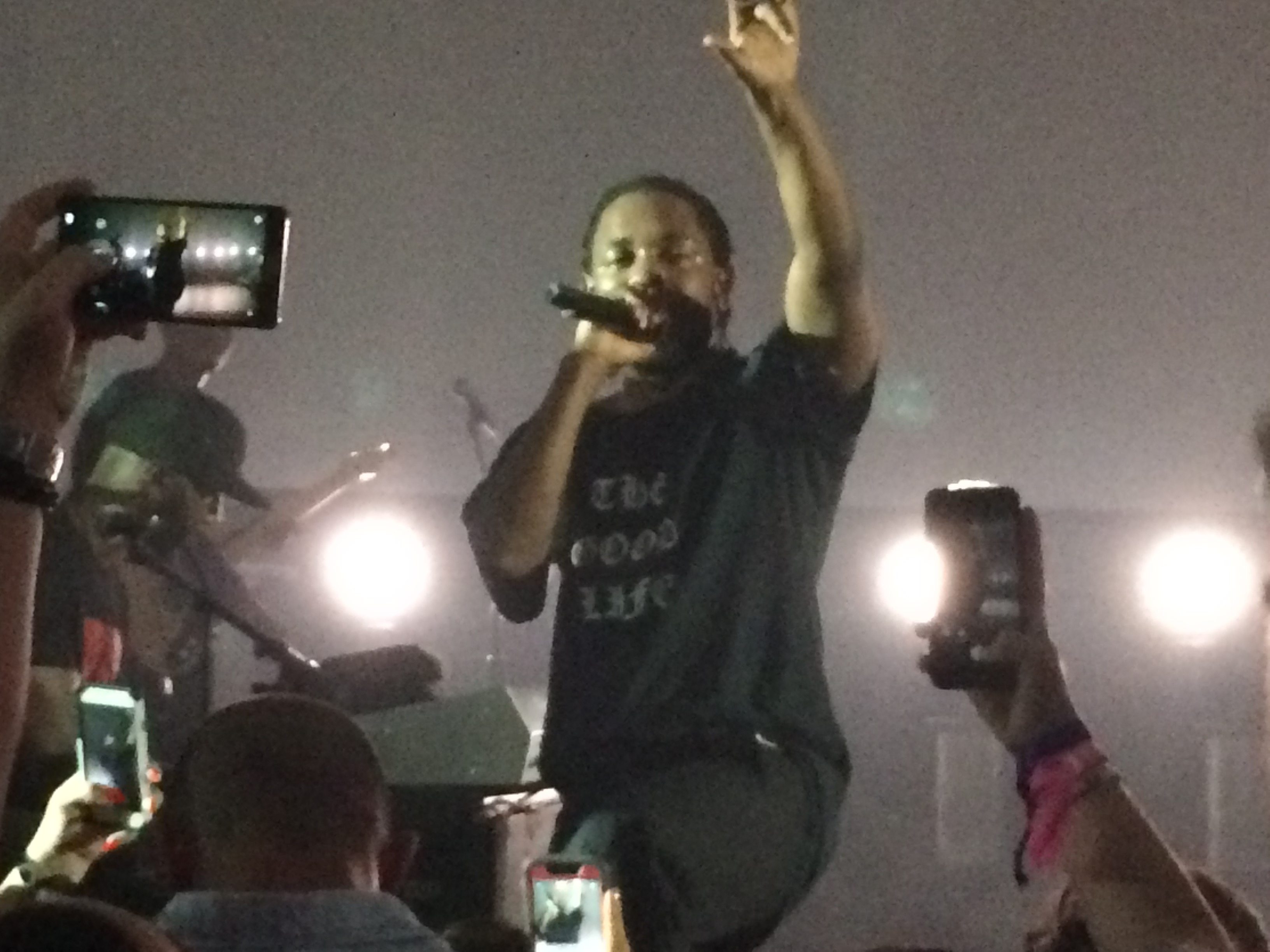 The rapper was accompanied by visuals from British artist Shantell Martin that were projected onto the inner roof of the dome, a temporary structure set up on the sand behind the Faena Hotel, part of a new arts-centered district in Mid-Beach.

The show was sponsored by American Express. Guests had to be Amex card holders.

In addition to hits including “Money Trees ” and "ADHD," Lamar gave the fans what they wanted.

"I'll sign your panties, your hat, your school clothes, your shirt, I don't care," shouted the rapper, who was as good as his word

Security ignored the righteous plumes of marijuana smoke that billowed to the top of the dome during the performance. 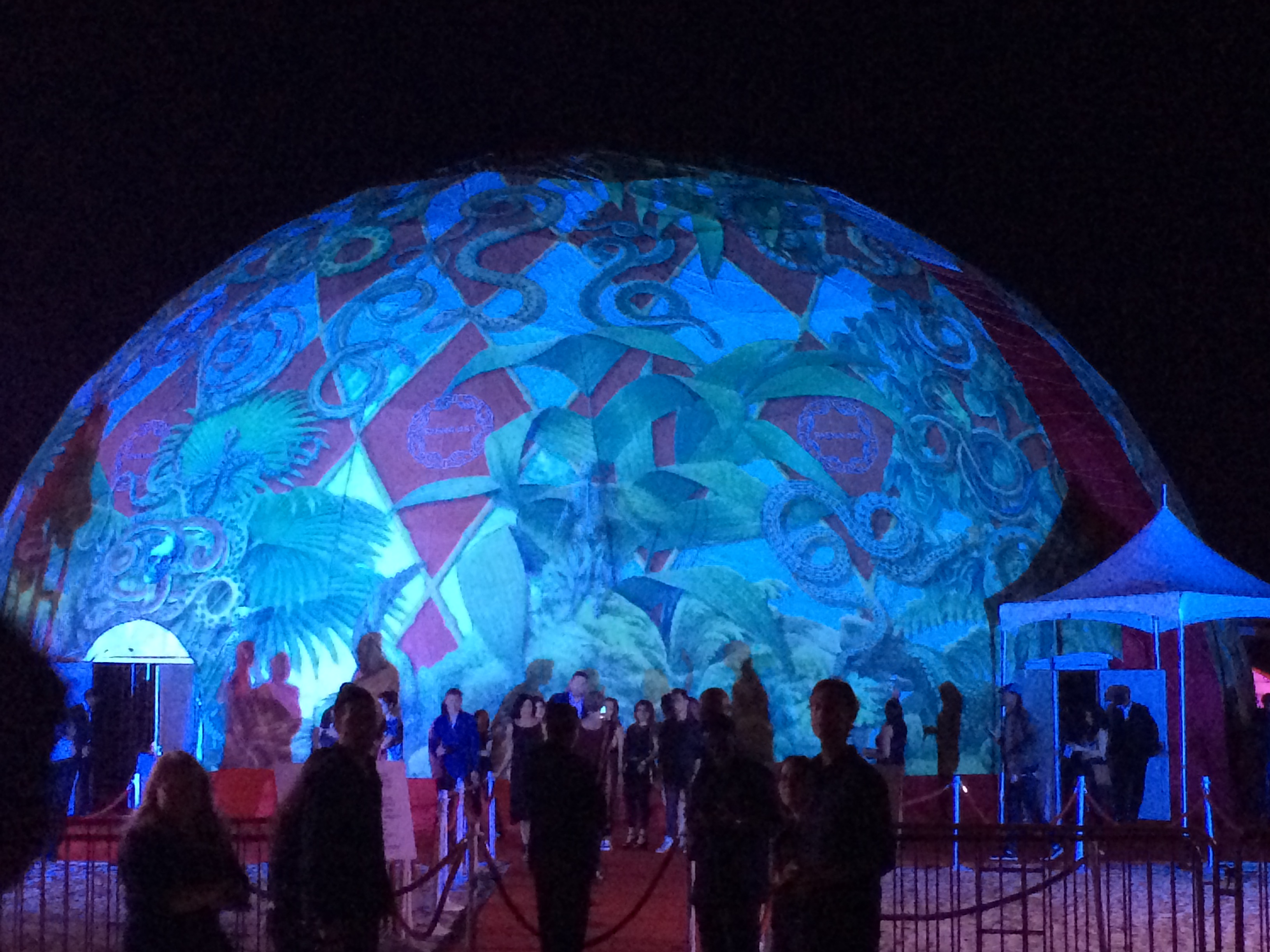 Art Basel: Which came first? The chicken or dinner?

This work at Carolina Nitsch Gallery booth at Art Basel, "Chicken
Rotation," puts the life of a chicken in stark reality. 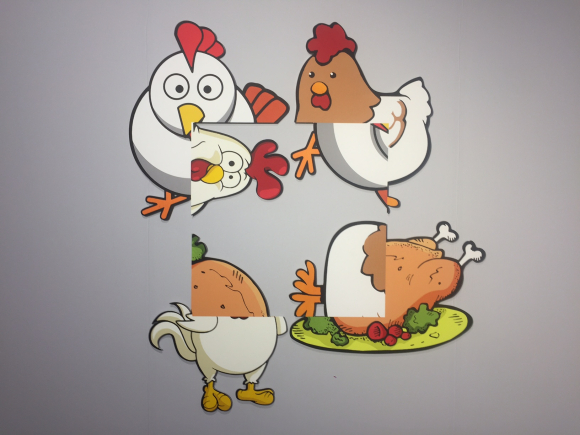 The Patricia Field ArtFashion show Thursday night at White Dot Gallery was a wild and wonderful assertion of creativity and individuality - of what you (could) wear, defining yourself the way you want, and fabulosity as affirmation and fun. There were unconventional models and marvelously inventive colorful clothes.

Wigstock co-founder and drag pioneer Lady Bunny held forth on the turntables and warming up the runway. Founding South Beach scenesters Brian Antoni, Debbie Ohanian, Louis Canales, Sandra Schulman, and Jody Mcdonald turned out. The gallery was packed. At a moment when repression looms and attacks on women, African-Americans, and LGBTQ folks have surged,
this celebration seemed bold and life-affirming: we are who we are, and we love it. Best told in photos, which follow. - Jordan Levin 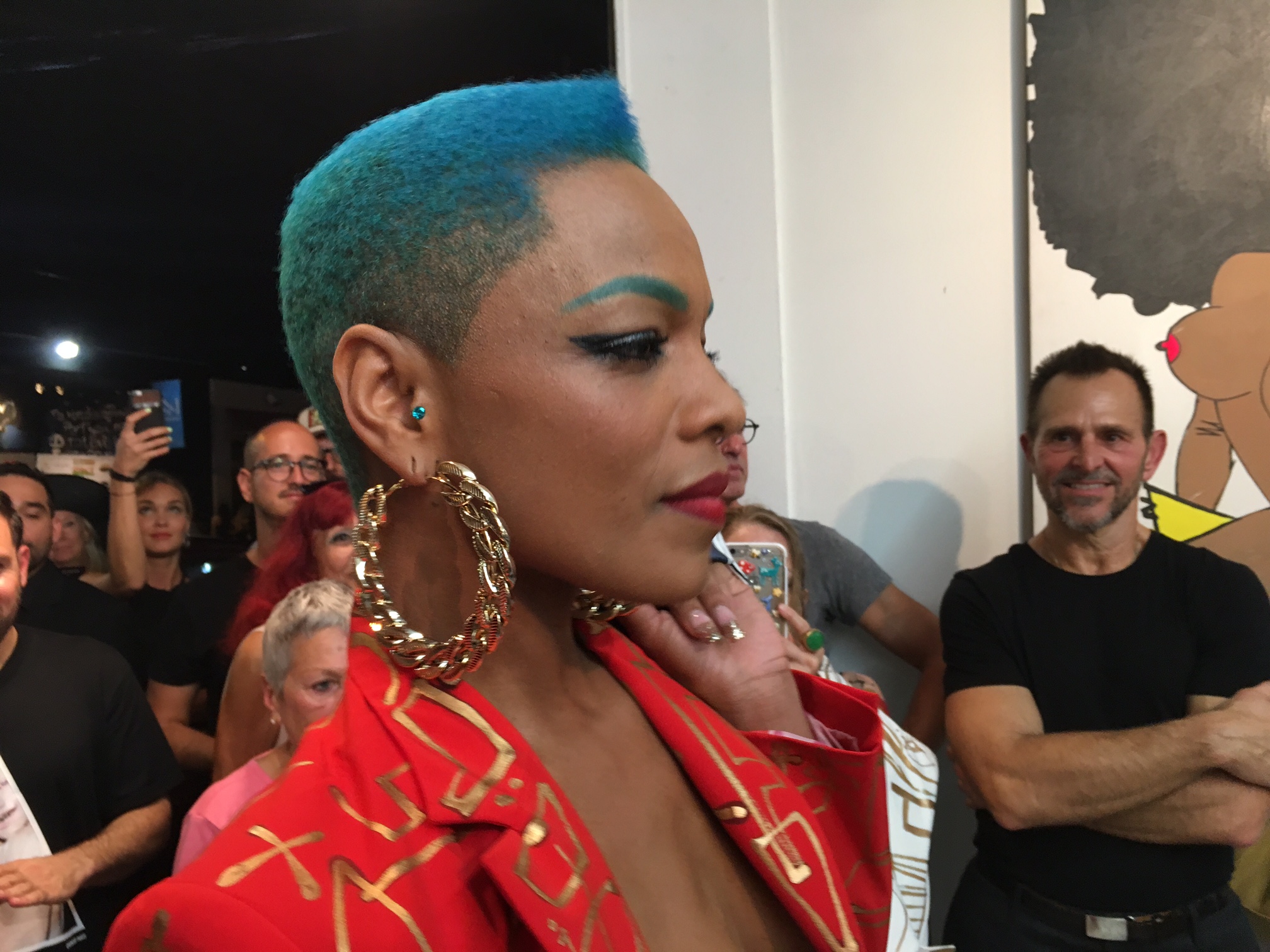 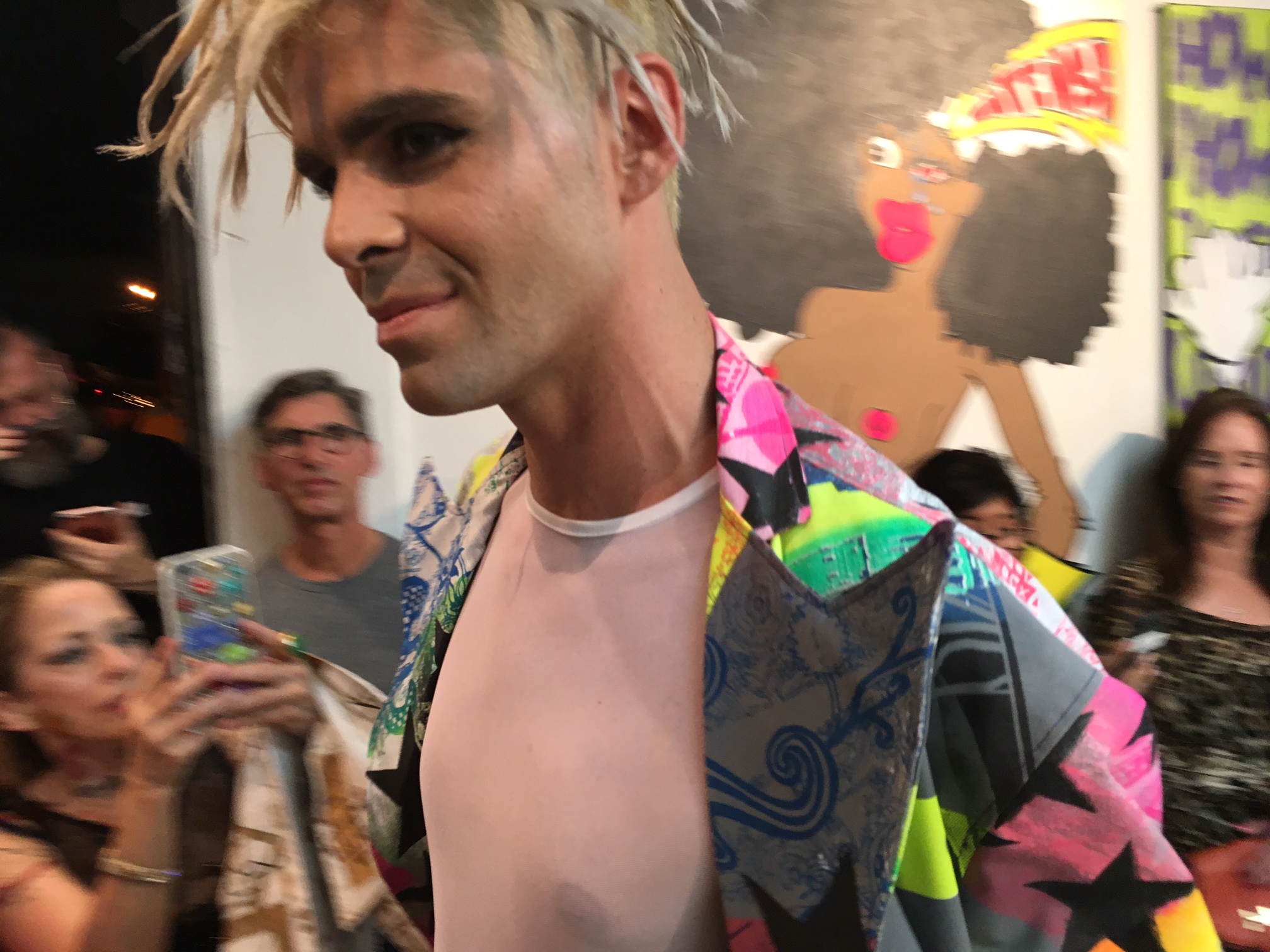 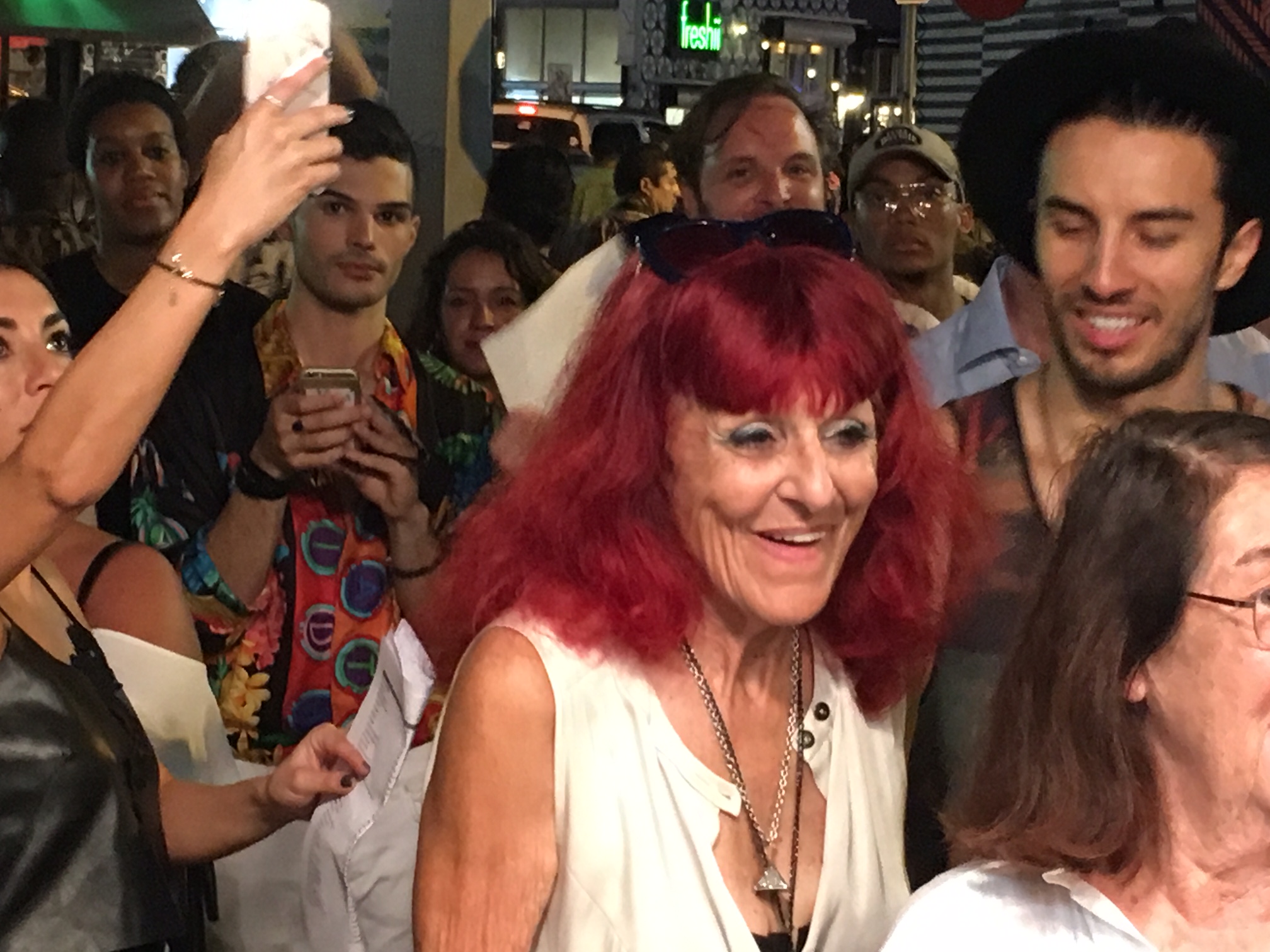 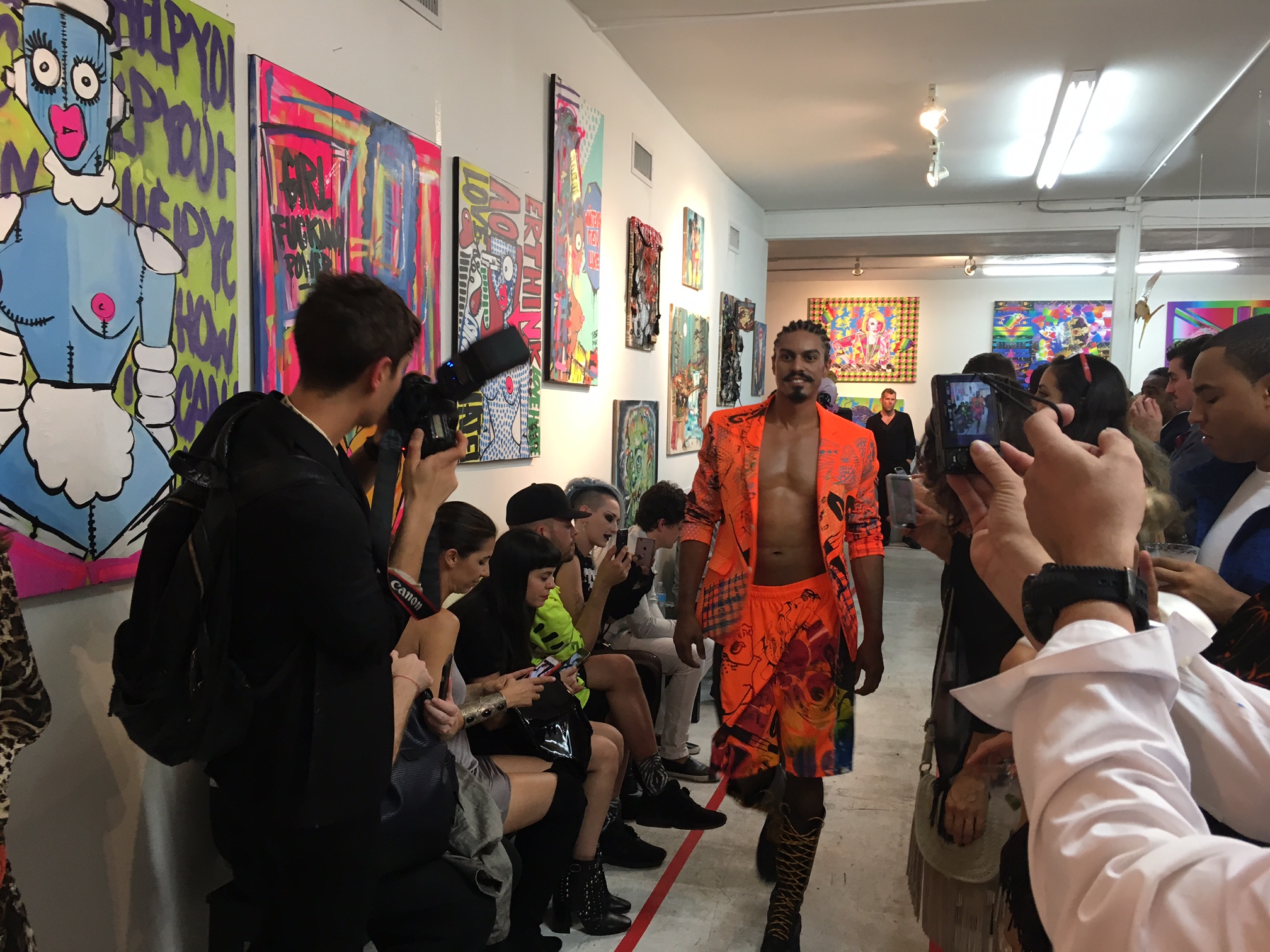 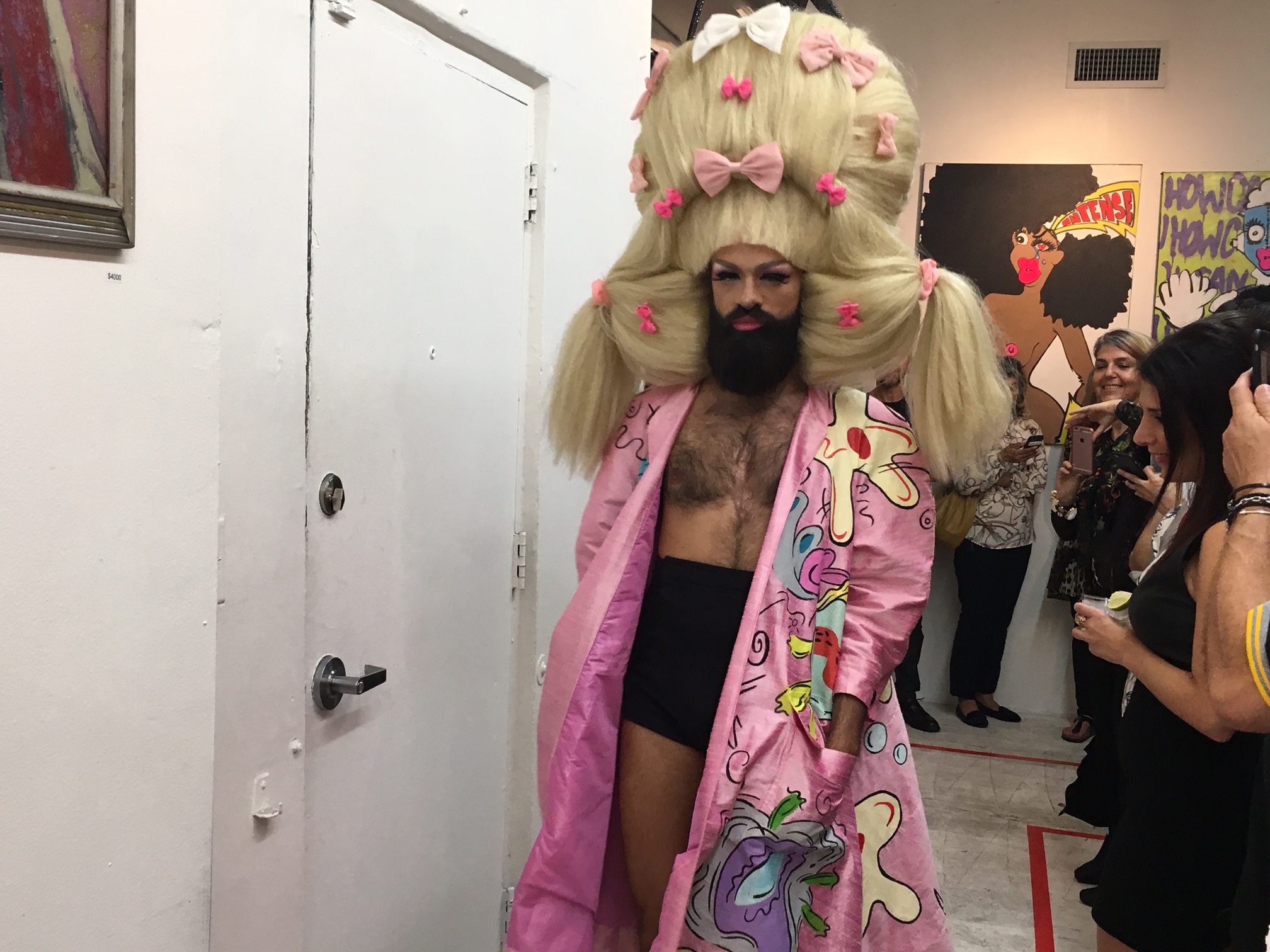 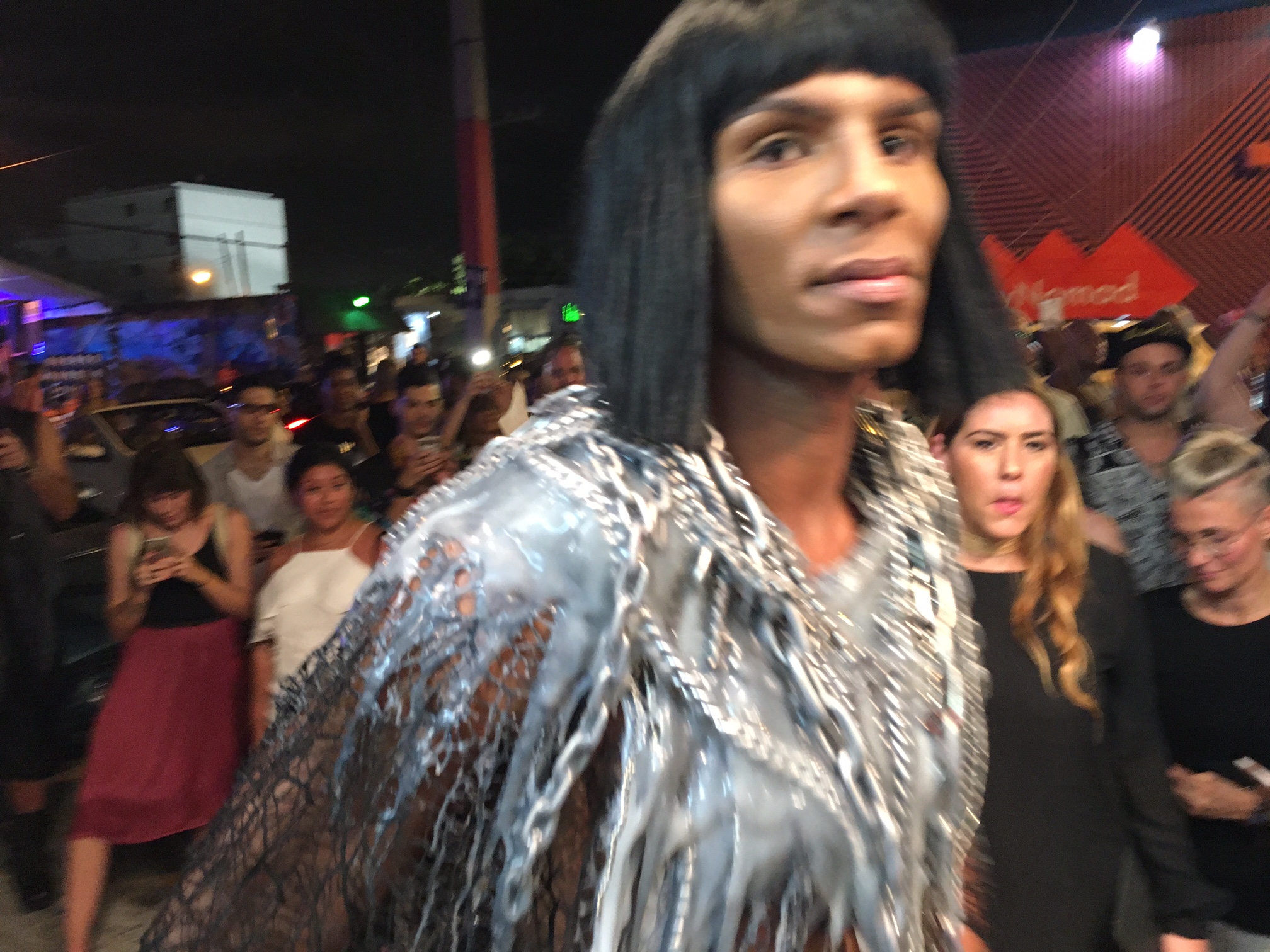 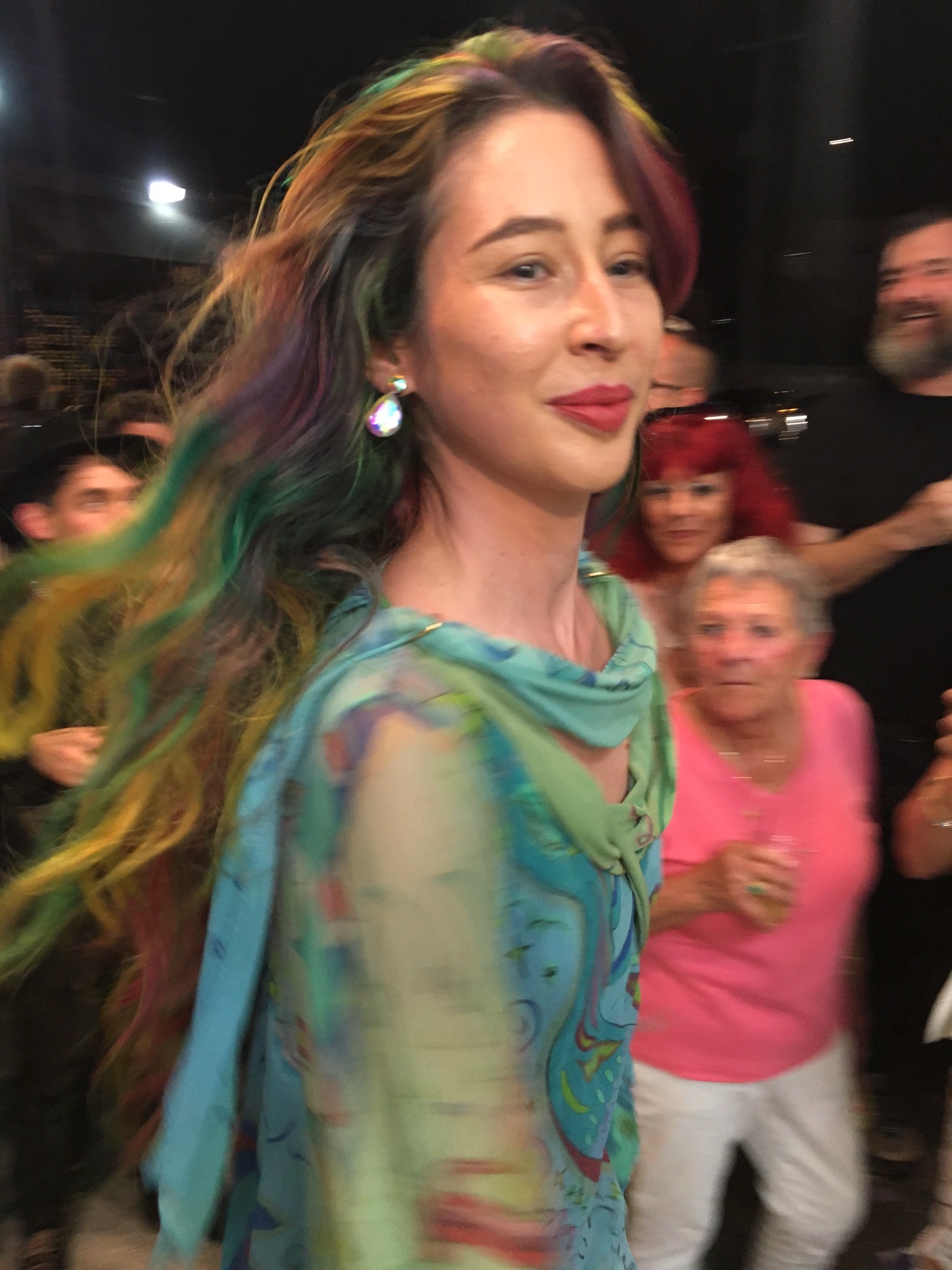 How fast are works going?

At NADA, a gallerist at the Tomorrow booth promised to bring down a painting for a prospective client, who went to the bathroom. When the client returned a few minutes later the work was sold. Can we say poor gallerist etiquette? 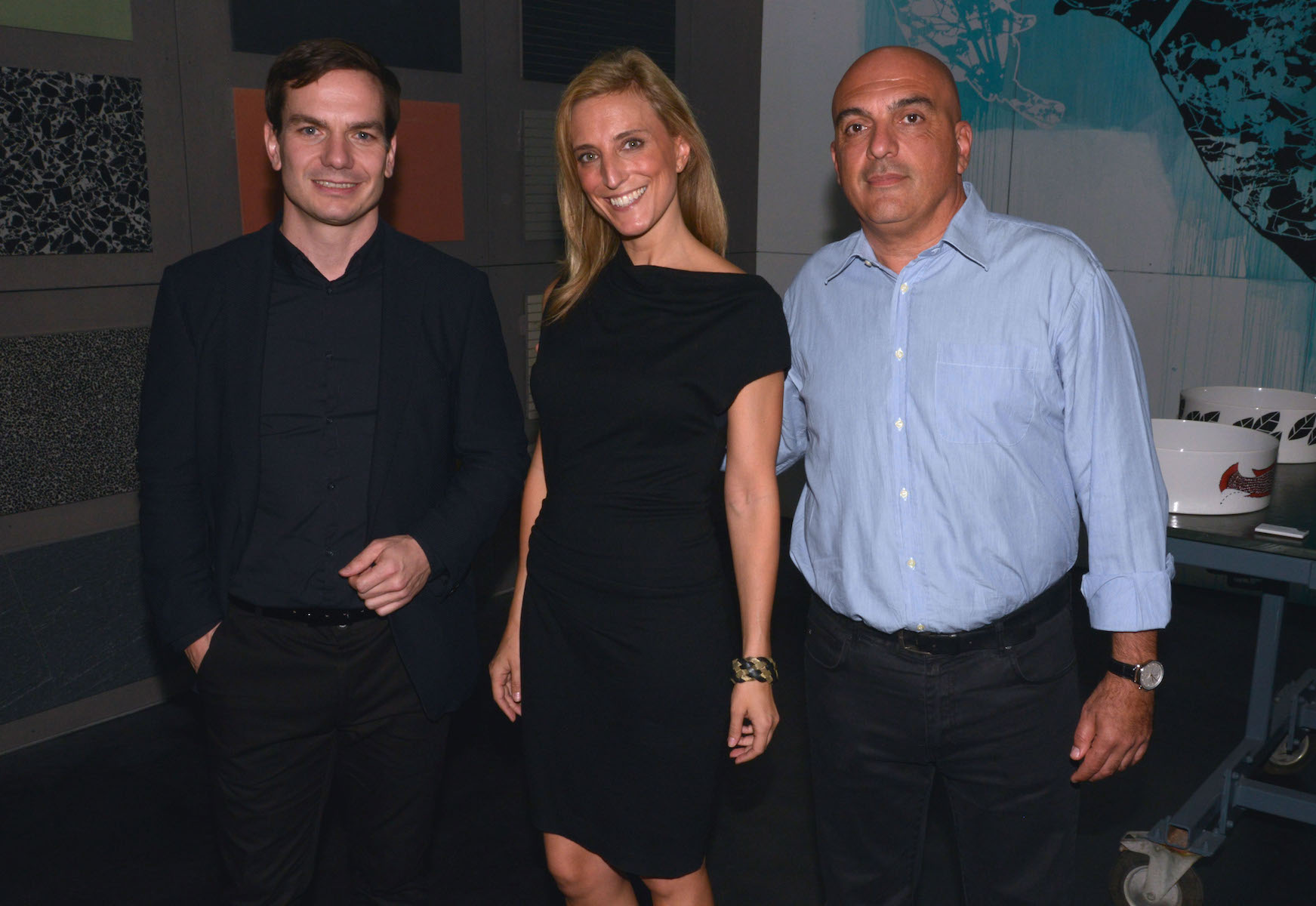 CoveringsETC + Laufen Private Luncheon at Miami Ironside to celebrate bespoke design and sustainable innovations as well as raise funds for New World Symphony and Projecto TAMAR via an auction of Laufen washbasins by Brazilian artist. 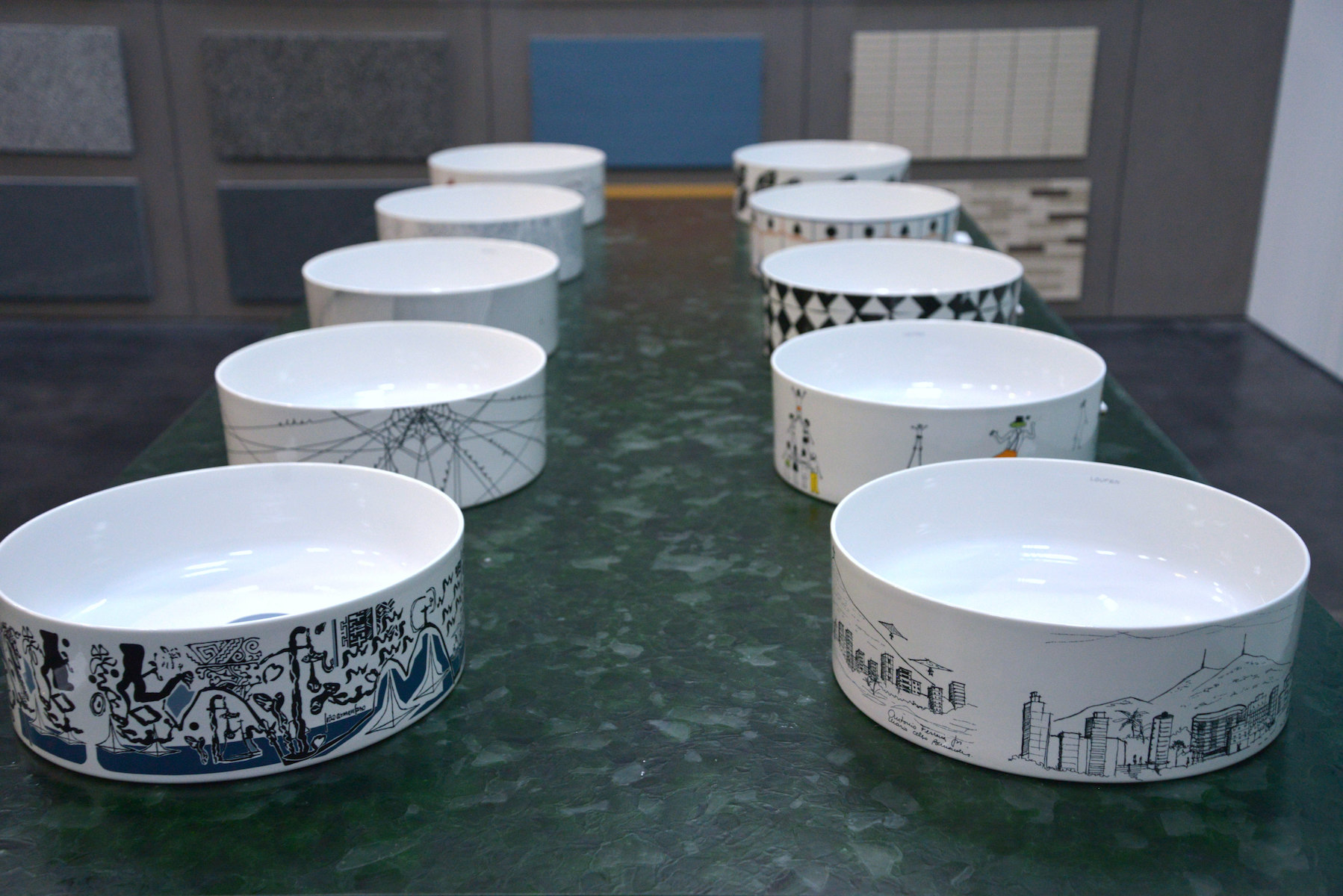 The 7th Annual Bombay Sapphire Artisan Series Finale hosted by Russell and Danny Simmons and Rosario Dawson brought together artists, cocktail lovers and assorted Basel-ites to the 7th floor of the 1111 Lincoln Road parking garage to bask in the creative output of emerging artists. 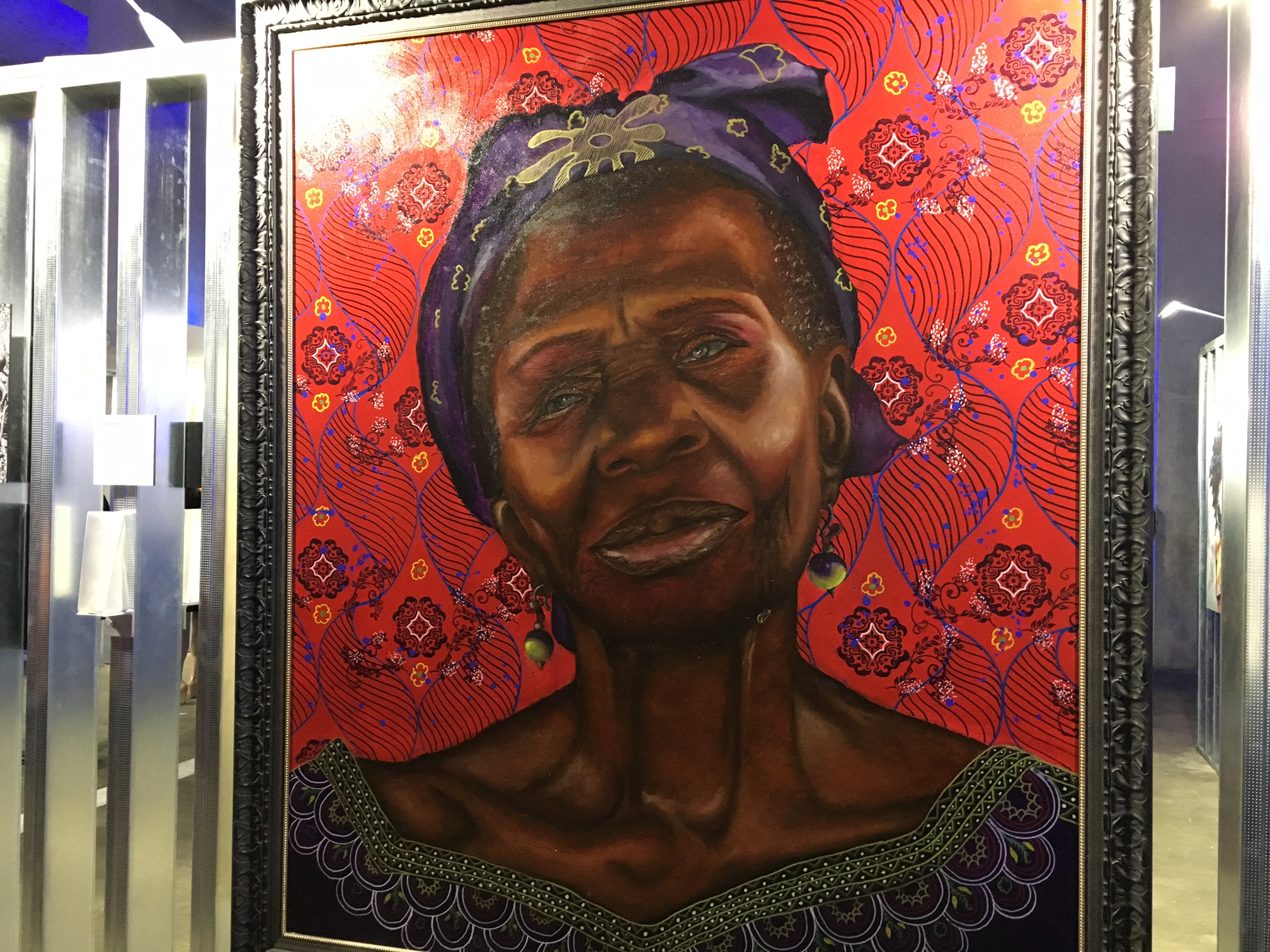 Our favorite was the evocative "Forever" by Solomon Adufah, a portrait of the artist's grandmother in Ghana. Adufah has traveled to Ghana to teach painting to village youth and will return there this July to build a school.

Fondation Beyeler's home-replica installation at Basel features
spaghetti for every room in the house. 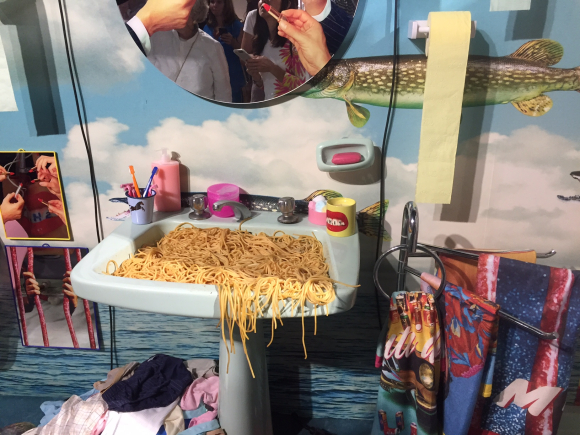 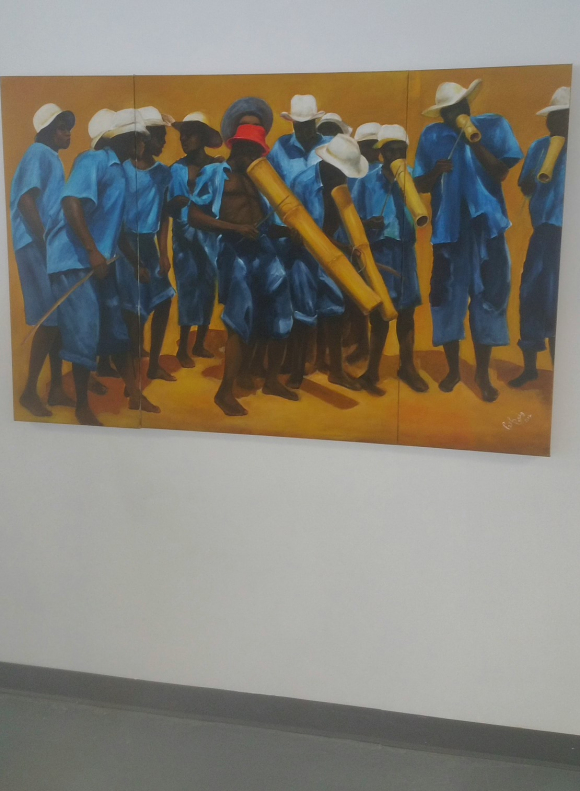 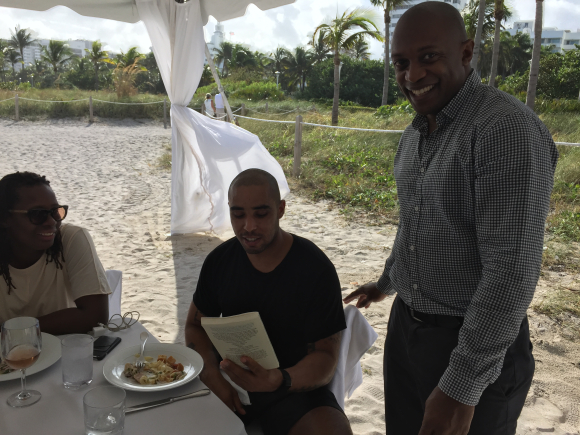 What inspires artists? In the case of Hugo McLoud, it was a creative upbringing (no TV after school), travel abroad and roofing supplies. After workmen left tar paper and metallic paint on the roof of his apartment building, he grabbed a few sheets and a bucket and started playing around, I learned at a lunch hosted by Cultivist, a global arts club. The result is his signature wood-blocked paintings. See his work at Art Basel at Sean Kelly Gallery. 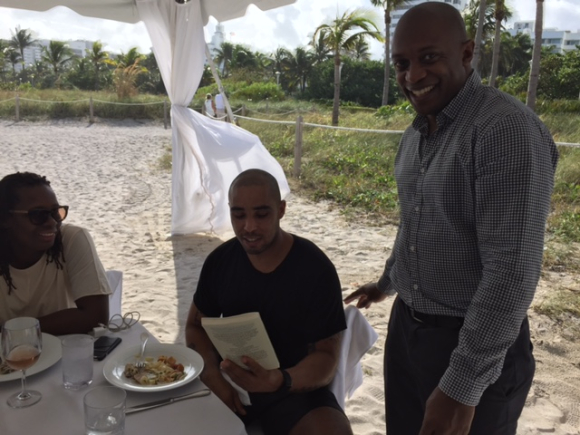