Hit rapper T-Pain surrendered himself at the Leon County jail this morning and was then released on his own recognizance on an outstanding warrant for driving with a suspended license and a non-moving violation, police said.

Tallahassee police obtained the arrest warrant in June after officers, who knew he had a suspended license, were working a traffic detail and noticed the Tallahassee native drive from an event at the Walter Ford Community Center in a 2007 Lamborghini Gallardo, said police spokeswoman Kathy McGhin. She said T-Pain finished the concert, left town and was subsequently charged on a "habitual offender warrant."

Scheduled to appear at FAMU's homecoming this weekend, the hometown rapper (who has lived in Miami and Margate as well) turned himself in this morning so he could proceed with his performance Saturday without trouble at the Tallahassee Civic Center. He was released at 7:45 a.m.

"He was very professional, very adult about it," McGhin said.

Born Faheem Rashad Najm, the 23-year-old T-Pain stormed the charts with hits like "I'm in Love with a Stripper" and "Bartender." The "T" in his stage name stands for the Capital City, which is popular with a number of male rappers because of the high ratio of women at FAMU.  In Tallahassee Love he notes "Tallahassee got my back."

His latest arrest appears to have been first reported by allhiphop.com, which notes that Nielsen Ringscan Service reports that the rapper's single "Buy U a Drank" was voted the best-selling cellphone ringtone this year after moving 2.5 million units. 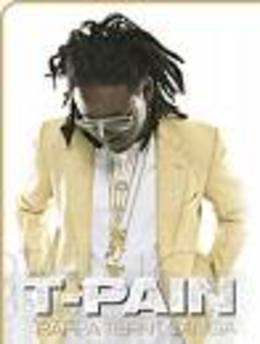 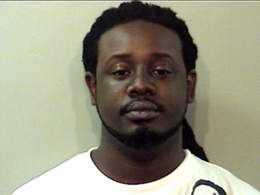