« Martinez: Just try and move that bill | Main | McCain courts Hispanic voters -- though not in Florida » 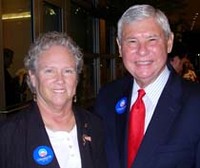 Could former Governor and Sen. Bob Graham's name be enough pull for a Democrat to grab a State Rep. seat in the Republican stronghold of Hialeah?

Dems are hoping so. 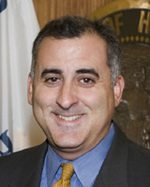 Bovo's name is familiar among with Hialeah's largely Cuban American voters, and he has close ties to Tallahassee - his wife Viviana Bovo is the legislative aide to House Speaker Marco Rubio, and his job as Director of Public Policy for Miami Children's Hospital allowed him the opportunity to make friends at the Capitol during this year. He has also outfundraised Stander having signed up to run eight months before her.

But now Stander has Graham going up to bat for her in a district that includes Miami Lakes, a town built from the ground up by the Graham family. Wednesday night he hosted a kick-off fund raiser for Stander at the Don Shula Hotel and Golf Club.

Graham said he encouraged Stander to run because of her background as an educator. She now works as a teacher at a school named after her political mentor -- Bob Graham Education Center in Miami Lakes. Seems Graham was not too keen on the legislature's decision to make cuts to education during this years session.

"I haven't been pleased with the level of support education has received from the legislature,'' Graham said. "The decline in funding per child is unbelievable. I know Nancy's commitment to education puts her in a position to be a leader on this issue.''

So just how involved does the former Senator plan on being in the race?

When asked Graham said: "I'm here to do whatever Nancy asks.''