« Mayfield passes away | Main | Jay-Z in the house for Obama » 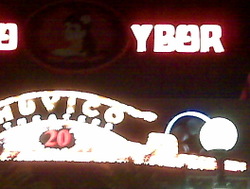 "I don't like the strings attached to party affiliation,'' said John Farmer, 25, who was drinking a beer and talking politics Tuesday night.

Nearly 40 percent of the state's independent voters live in the 12 counties hugging the I-4 corridor running from here to Daytona Beach.