« Palin gets a shoutout -- though not by name | Main | To sit or not to sit, that's debate question »

Obama engages McCain on his diss to Spain

"He even said the other day that he would not meet potentially with the prime minister of Spain, because he -- you know, he wasn't sure whether they were aligned with us," Obama said. "I mean, Spain? Spain is a NATO ally. If we can't meet with our friends, I don't know how we're going to lead the world in terms of dealing with critical issues like terrorism."

"I'm not going to set the White House visitors schedule before I'm president," McCain replied, getting in a dig at the presidential-seal like sign Republicans have ribbed Obama for displaying. "I don't even have a seal yet." 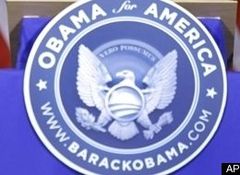