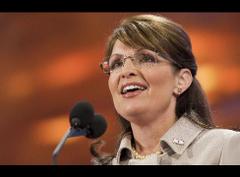 The Florida Federation of Republican Women, miffed that Oprah Winfrey refuses to invite Alaska Gov. Sarah Palin on her show, will be boycotting the show and cancelling their subscriptions to Oprah's "O" magazine, the group announced today.

"Women in Florida helped build Oprah into the icon she is today,'' said Linda Ivell, president of the federation. "With our Republican sisters across the nation, we have collectively enjoyed her entertaining, informative and female-driven programming as we raised our families and became more empowered as women. We are deeply disappointed in Ms. Winfrey's decision to sit out the greatest political moment in the history of women since suffrage."

She said Winfrey's decision is "an abuse of her power –gained on the backs of our patronage of her advertising empire."

Winfrey is an active supporter of Democrat Barack Obama and hosted several events on his behalf in key primary states. She has also hosted a fundraiser in her home and has drawn many new volunteers to the campaign. But she said in a statement: "At the beginning of this presidential campaign when I decided that I was going to take my first public stance in support of a candidate, I made the decision not to use my show as a platform for any of the candidates."