A sneak peek at Crist's state of the state

Here's what you can expect: a speech loaded with bi-partisanship, brimming with optimism, and just plain crazy about the state of Florida. Sure, times are tough. But they don't call us the Sunshine State for nothing.

There's clearly no promise here than any of them will lose their tax exemption status. "Our task is to examine the other side of the ledger to make sure that we are presenting Floridians with a fair and efficient tax system,'' Bogdanoff said. Download Discuss for Repeal List 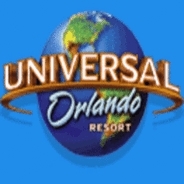 Florida's Republican leaders may be in for one of the most difficult sessions of their legislative careers but this weekend they're ready to rock at Universal Studios and the Seminole Tribe's Hard Rock Cafe in Orlando.

The weekend-long event is being sponsored by the Republican Party of Florida which is parlaying the gathering of Florida's legislators into a fundraiser. Lobbyists, lawmakers and their families are invited to join VIP tours of Islands of Adventure & Universal Studios on Saturday morning, dine at lunch and enjoy a dinner reception and "Mardi Gras Celebration Parade" in the evening.

After dinner, they'll be escorted to a "VIP viewing of the Pat Benatar Concert.''

Incoming House Speaker Dean Cannon of Orlando believes the event is fine, even as lawmakers debate stripping the state budget of more services and jobs. "The fact we are doing fundraising to support our members is appropriate,'' he said. "This promises to be a a particularly challenging session and we want our spouses and children to have a brief chance to fellowship before we embark on the 60-day session.''

Cannon said he is sensitive to the economic climate and that's why he cancelled all social events related to his designation on Monday as speaker designate. "We are well aware this is not a time to celebrate, it is a time to get to work,'' he said.

With great ceremony and a standing room only crowd that overflowed into a nearby TV room, Judge Nikki Ann Clark Friday became the first black woman to serve on the First District Court of Appeal.

Described as a “tough as nails’’ judge with a “warm and inviting smile,’’ Clark is leaving a 15-year career as a circuit judge to become one of 15 judges on the state’s largest and most important appellate court. She was appointed by Gov. Charlie Crist to replace Judge Ricky L. Polston who was recently named to the Florida Supreme Court.

A former cabinet aide and one of seven children who all gained advanced degrees in college, Clark was honored for innovations like the creation of a unified family court in Leon County and the fame she gained in 2000 while hearing several of the election lawsuits brought over the election of President George W. Bush.

Clark has since traveled three times to help judges appointed after a civil war in Liberia.

At a seminar she conducted for Liberia’s Supreme Court where judges were risking their lives for the rule of law, Clark said Liberians asked her how it felt to be a judge in the midst of a Constitutional crisis.

According to a U.S. Department of Justice news release, Morris allegedly created fictitious bonuses to sheriff's employees then directed the employees to return the bonus in the form of cash or chest "under the pretense that these returned funds were to be used for charitable purposes."

Morris, 59, was arrested in Las Vegas and is being returned to Florida.

Gov. Charlie Crist has put no money in the budget for the one program just about everybody says will help cure Florida's insurance ills: My Safe Florida Home.

But Chief Financial Officer Alex Sink suggested today that should change, though she only grinned at a query whether Crist's proposal is short-sighted.

"I think we're now stepping back and thinking about new possibilities to enable the state to continue this program. ... We're going to go back to see if we can find or figure out a way to have more funding," Sink said at an event with U.S. Sen. Bill Nelson in Tallahassee.

The program, a legacy of Gov. Jeb Bush, was proposed after Hurricane Wilma in 2005 ripped apart Southwest and Southeast Florida, exposing the structural weakness of homes and businesses.

"We're the leader in building a culture of mitigation," Sink said.

It has provided hundreds of thousands of home inspections. Residents can apply for grants to strengthen their homes. As the risk of damage drops, premiums can go down, too.

Sink's comments came as Nelson promoted his latest stab at creating a federal fund to pool money to cover the costs form disasters. The same bill would provide Florida a line of credit to cover the multi-billion dollar shortfall in the cat fund, Nelson said.

Rep. Adam Hasner, R-Delray Beach, is taking his advocacy for alternative energy to the movies -- with a showing of Who Killed the Electric Car? on March 10 at the Tallahassee IMAX.

"After driving an electric vehicle daily throughout my community, I’m convinced that making the ownership of these vehicles more affordable is a critically important step toward energy independence and creating a more efficient and responsible transportation future for Floridians," Hasner wrote in an e-mail to lawmakers. He is sponsoring legislation that provides incentives for using electric cars.

Randy Roberts, the affable lobbyist for Publix Super Markets, has died. He was 36.

The cause appears to be a heart attack, according to reports.

He joined Publix in 2003 and before that worked for Cingular Wireless in Atlanta, directing legislative and regulatory issues in six states and Washington, D.C. He was a graduate of the University of Florida and was a native Floridian.

Roberts and his wife had two children.

Mel Martinez, Ted Kennedy and the Miami Workers Center to be feted

Mel Martinez will share a stage with Edward Kennedy at The National Council of La Raza's Capital Awards gala next week in DC.

La Raza, which bills itself as the nation's largest national Hispanic civil rights and advocacy organization, says its is honoring the Republican and the Democrat for their "outstanding support of public policies that are vital to Hispanic Americans."

La Raza will also present the Capital Award for public service to the Miami Workers Center for its civic engagement efforts during the 2008 presidential election.

"He came to the U.S. as a child without his parents through Operation Peter Pan and went on to become Secretary of the U.S. Department of Housing and Urban Development, a U.S. senator, and the first Latino to lead the Republican National Committee," she said, noting that Martinez also played an integral role in the comprehensive immigration reform debate.

And she said the Miami Workers Center "played an important role in the 2008 presidential election, mobilizing thousands of Latinos to engage in the democratic process."

Posted by Lesley Clark at 11:14 AM in Congress, Mel Martinez | Permalink | Comments

Flores has a big advantage: Her house district is completely within 38. She says she has 33 percent of the voters, compared to Llorente's 12 percent and Rivera's 9 percent. At the very least, the numbers show she's done her homework. Also, Flores is the only woman in the race.

"I have the majority of these voters in my district. They trusted me for four years,” said Flores. “This is going to be a ground game won in the hearts and homes and neighborhoods like Westchester, Kendall and Fontainebleau.”

Rivera's advantage: he has loads o cash in the bank and strong name ID. He's been shopping a poll showing he's the early favorite.

Llorente's plus: He has the backing of the incumbent, Villalobos, who has tried to ease him into the district's heart - the "abuelitas" (little old ladies) whom he credits for his narrow re-election in 2006.

Posted by Marc Caputo at 9:26 AM in Florida Legislature | Permalink | Comments