« Is past sheriff candidate jail bound and MIA? | Main | Democrats back Robaina in House fight »

The wife of Gov. Charlie Crist, nee Carole Rome, is close friends with Jill Zarin, one of the stars of Bravo's reality TV show, The Real Housewives of New York City. A scene in which Zarin and other real housewives go to a party at Rome's posh home in The Hamptons -- before she married Crist -- never aired in a regular episode.

But the "party of the summer" was briefly captured in the aptly titled "Season One: Lost Footage,''  which appears to be available only on Amazon and iTunes for $1.99.

Zarin narrates: "One of my best friends Carole has a beautiful home in the Hamptons. Knowing Carole, this is going to be the party of the summer because she's expecting everybody to come in their finest jewels, all of their dresses, with Hampton society, and no expense will be spared. I want to see what Carole is wearing. I hope she likes my dress.''

Later, she comments on the guest list to to fellow real housewife, LuAnn de Lesseps: "It's mostly my group. Like a lot of people she doesn't even know who I invited, but that's okay because we're BFFs, and I invite to hers and she invites to mine." 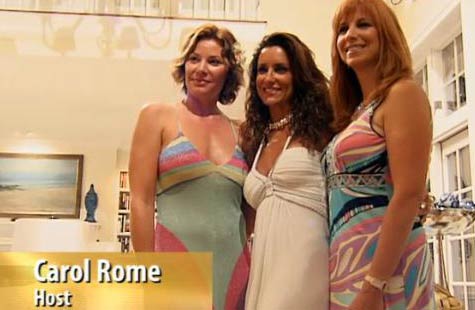 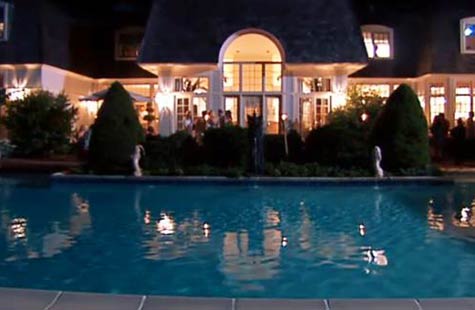 (left) Rome's home in the Hamptons as shown in the "Lost Footage."
(right) Zarin, commenting to her husband, that she hopes Rome likes her dress.