« The inside story behind the quarter horse racing revival | Main | Rivera vs. Garcia on Cuba policy » 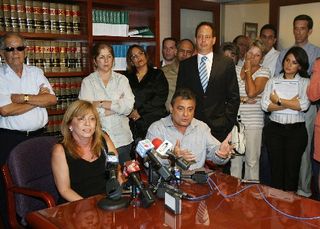 A federal judge Tuesday morning overturned a 2008 state law that increased registration fees and requirements for travel agencies specializing in trips to Cuba.

U.S. District Court Judge Alan S. Gold's decision comes just a day after the Obama administration announced lifting several travel restrictions to Cuba …allowing Cuban exiles to visit the Island more than once a year, pushing for use of cellphones on the island and easing requirements for
remittances to relatives.

In question was the 2008 Sellers of Travel Act approved by the Legislature and signed into law by Gov. Charlie Crist. The act required travel agencies in Florida selling trips to Cuba to post up to a $250,000 bond and pay up to $25,000 in registration fees.

Local travel agencies decried the measure as unfair because their financial requirements were nearly 10 times he amount of agencies not selling trips to Cuba or any of the countries listed as terrorist nations by the U.S. State Department.

Tuesday's decision was celebrated by the 13 local travel agencies that tried to stop the measure from going into effect by filing a federal law suit against the state in July.

"We felt all along that justice would prevail and that the judge would see how irrational and unjust this law was,'' said Armando Garcia, owner of Marazul Charters Travel.

Despite Gold's decision, Rep. David Rivera, a Miami Republican, who sponsored the law, said any decision could potentially be appealed.

"I don't see this ending here,'' Rivera said after a Friday afternoon court hearing on the issue.