« Sheriff announces layoffs and the unions say .... nothing | Main | State emergency officials want to use foreclosed homes as shelter » 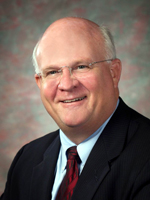 Dennis Baxley -- one of the most prominent religious conservatives in Florida -- endorsed former House Speaker Marco Rubio today over Gov. Charlie Crist for the U.S. Senate.

Baxley is a former leader in the Florida House who recently stepped down as executive director of the Christian Coalition of Florida.

"Our nation is at a crossroads and we are in a battle for the soul of our Republican Party and our Nation,'' Baxley says in a written statement. "Marco Rubio is at the very tipping point of this defining hour."