« Dockery: People 'don't want to be told what to think' | Main | Coming soon to your local library: A copy of the House Democrats' health care bill »

Alex Sink could have primary rival too 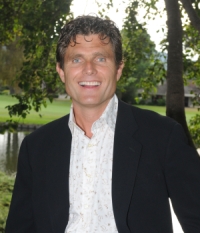 So Republican Bill McCollum drew a primary rival today in the governor's race -- state Sen. Paula Dockery of Lakeland -- while Alex Sink has the Democratic field to herself? Well, maybe not. Anthony Shriver, the founder of Best Buddies International, a nonprofit group that matches disabled people with with mentors and employers, is talking to folks about running for governor, too.

Shriver lives in Miami Beach and is the brother of California First Lady Maria Shriver. Their mother, Eunice Kennedy Shriver, who was a founder of the Special Olympics, died in August.

"My mother's efforts on behalf of individuals with intellectual disabilities -- particularly her work with Special Olympics -- inspired me to similarly devote my life to this shared mission,'' Shriver wrote on his web site after her death. "Through her unwavering faith in their abilities, she helped me -- and countless others -- to appreciate the fact that everyone is capable of something exceptional; especially with the support and encouragement of friends and family....My mother's lifelong commitment to people with intellectual disabilities also taught me that there is no greater joy than the satisfaction of contributing one's time and energy to the enhancement of another person's life.''