« George LeMieux on the Diaz-Balart's reversal? You'll have to ask them | Main | Charlie Crist on passing over Diaz-Balart's judicial pick »

How Bob Graham could have changed Al Gore's life 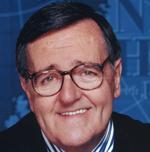 Syndicated columnist Mark Shields writes: Based only on a strong hunch, I'm willing to bet that if Al Gore could change one decision in his public life, it would be that, as the 2000 Democratic presidential nominee, he would have asked then-U.S. Sen. Bob Graham of Florida -- not Joe Lieberman of Connecticut -- to be his vice presidential running-mate.Think about it: Gore lost the White House because, by the "official" count, he lost Florida by 537 votes out of nearly 6 million cast. Graham, who never lost a Florida election and was twice elected the state's governor and three times U.S. senator (and who had the sense and strength in 2002 to oppose the U.S. going to war against Iraq), would undoubtedly have guaranteed Gore's winning the Sunshine State's 25 electoral votes and the White House. A Gore-Graham 2000 ticket would have meant, simply, that there would never have been either a President George W. Bush or a Vice President Dick Cheney.

This is not a new theory, of course, but I bet some Democrats think it bears repeating. Shields' full column -- which is mostly about Lieberman and his role in the current healthcare debate -- is here.