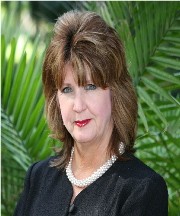 Gov. Charlie Crist and the Cabinet rejected an appeal by CFO Alex Sink Thursday to increase the diversity of the Florida's Parole Commission and reappointed Tena Pate (left) to the three-person commission, also making her chairman of the board and agency for the next two years.

Sink urged the group to instead appoint Cassandra Jenkins, a law enforcement officer, juvenile justice consultant and criminal justice instructor at Florida State University, because "there has been no diversity on our parole board for more than eight years."

Pate, who was originally appointed to the commission by former Gov. Jeb Bush in 2003, "has been serving very, very capably,'' Sink said, and urged the future governor and Cabinet to appoint her when another opening emerges in January.

Later, Sink sent her colleagues a letter urging them to replace the retiring chairman of the commission before January, when a new administration and Cabinet take office. Download Governor and Cabinet 7-29-10

Attorney General Bill McCollum said he preferred Pate because of her experience on the parole commission and moved to appoint her and make her chairman. Agriculture Commissioner Charles Bronson said that while Jenkins impressed him in the interview, he agreed he needed somone with more experience to replace the retiring chairman, Fred Dunphy.

Crist said "we are faced with a wonderful problem. We have two very qualified candidates,'' and voted for Pate.